Again With The Running

The thing I like about blogs is that there is no pressure to cater to the needs and desires of your audience. That doesn't mean that I don't love you all very much in an intimate, highly sexualized way. 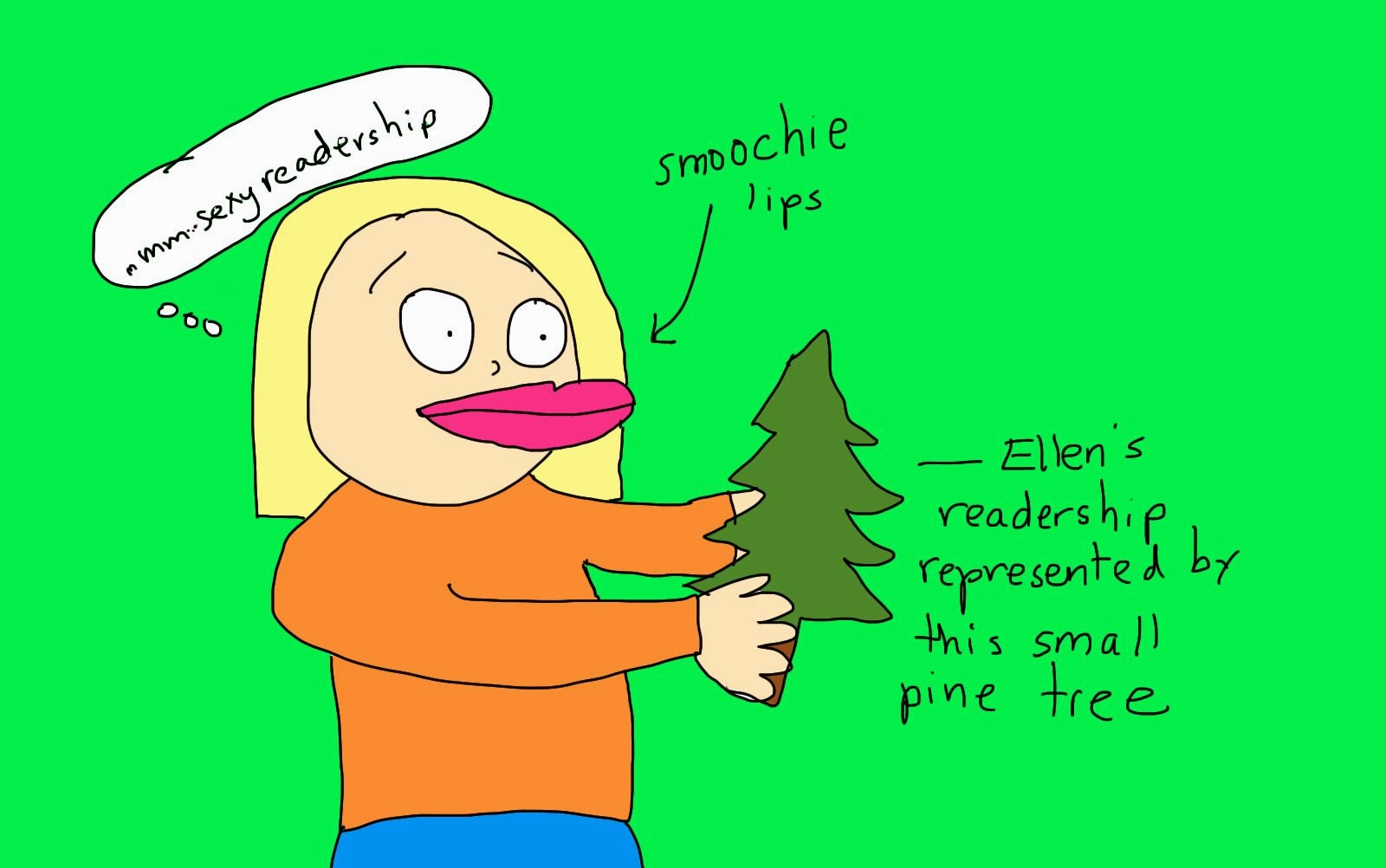 No. I DO care what you THINK. But today's post might show that I may be ignoring what you WANT.

No one really wants to read a post about running. Again. Do they? Generally people who read my blog respond best to pieces about my days in the band or how horrifically ugly I was in Junior High. Those things are fascinating, to be sure. I  mean, really, really interesting stuff.

But whatevs. S'my blog. And if I blog and no one reads it, I was still ugly in high school. Universal constants. I'm not sure what that even means.

Anyhoo, as I've mentioned, I am back into running regularly and it feels so great to be back on track. I'm back up to between 30 and 40 miles a week - seven months ago I was doing a couch-to-5K program and running 10K seemed like an impossible feat. But I stuck to it, and followed the plan even though I was gobsmacked at how much fitness I'd lost during my (basically two year) running hiatus.

The weight I'd gained is coming off much more slowly this time, but that's because I am eating way more than I was back in 2009 when I lost 30 pounds in 5 months. I've lost almost 10 in 7 months and I'm not in a hurry to lose the last 6-10 lbs. It will happen, slowly but surely.

The thing I'm experiencing this time around is what I imagine must be the mysterious "runner's high".

When I first started running, and reading everything I could about it, authors talked about the runner's high and how it was the best thing ever and dammit, I wanted a piece of that high, but it remained elusive. I figured I must not be running fast or long enough to get the feeling and concluded it was only for marathoners.

The problem was that I was expecting the wrong thing.

I figured runner's high was some kind of psychadelic, tie-dye, blissed out feeling. That instead of burning quads and chafing bra line I was experiencing, I'd be feeling like I was floating two feet above the path like a giant marshmallow on a pillow. Eating cookies. Throwing rose petals. 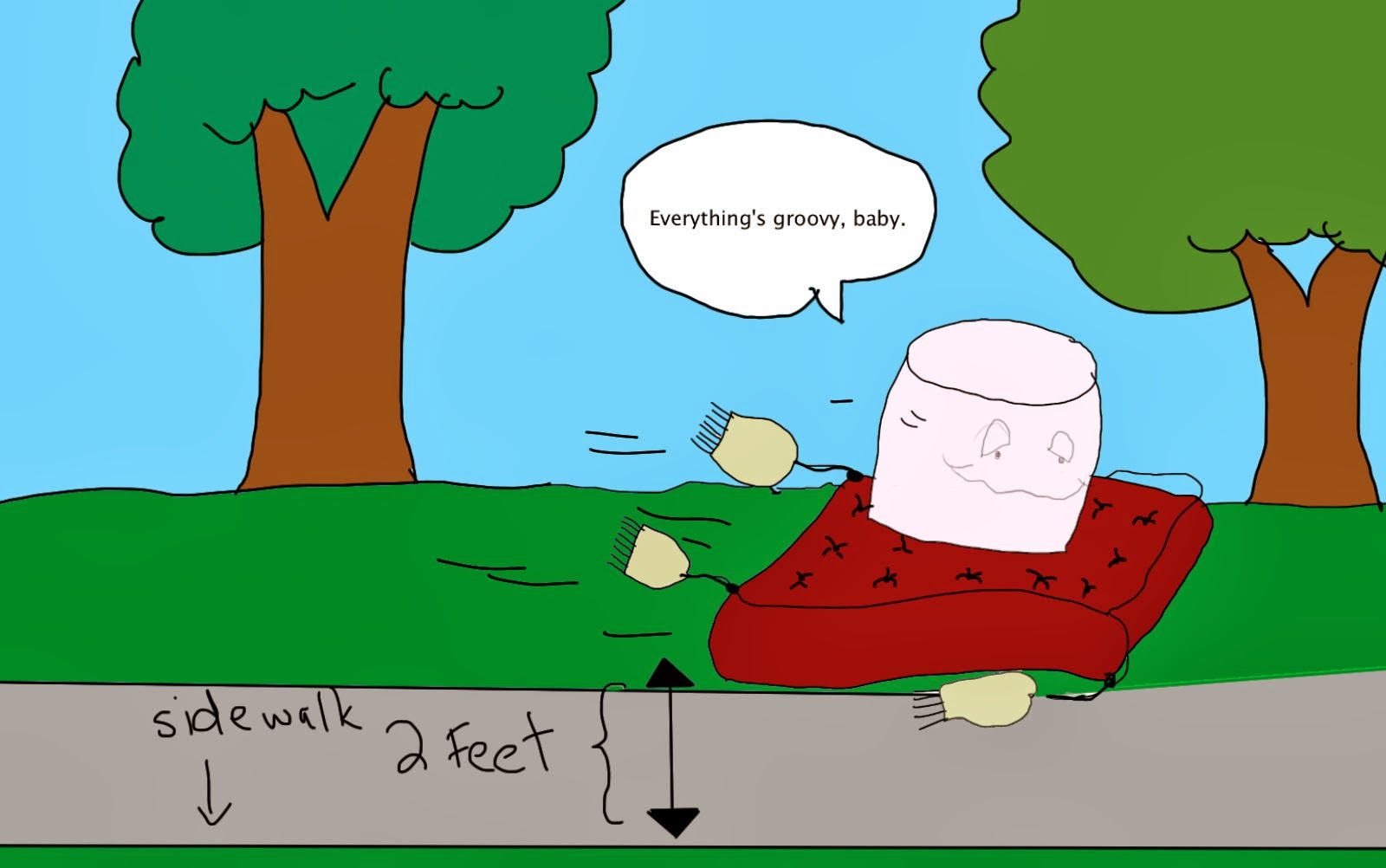 It turns out that, for me anyway, a runner's high is a mixture of a feeling of contentment, well being and high energy. I imagine it might be what being on cocaine is like, only not as angry, sandpapery or illegally. Coke heads who are also runners, am I right?

When I am running, I haven't forgotten how hard it is to be running. In fact I am almost always counting down the minutes I have left. I have little chants in my head. "Fifty-nine, that's just fine, It's easy to do, it's nothing to you". Ten more minutes you can do it, just ten more there's nothing to it").  But at the same time I am thinking "I'm pretty sure that today I will be able to clean the whole house, make cookies, cure cancer, organize a fundraiser to save all the animals in the world, wash and blow dry my hair and do 12 loads of laundry. Before lunch". I know in my rational mind that I won't get it all done, but while I'm running, I am so brain happy that I actually want to do all those things. Before lunch. Days that I run are generally what I would call "great days". Days I don't run are days that I don't run. 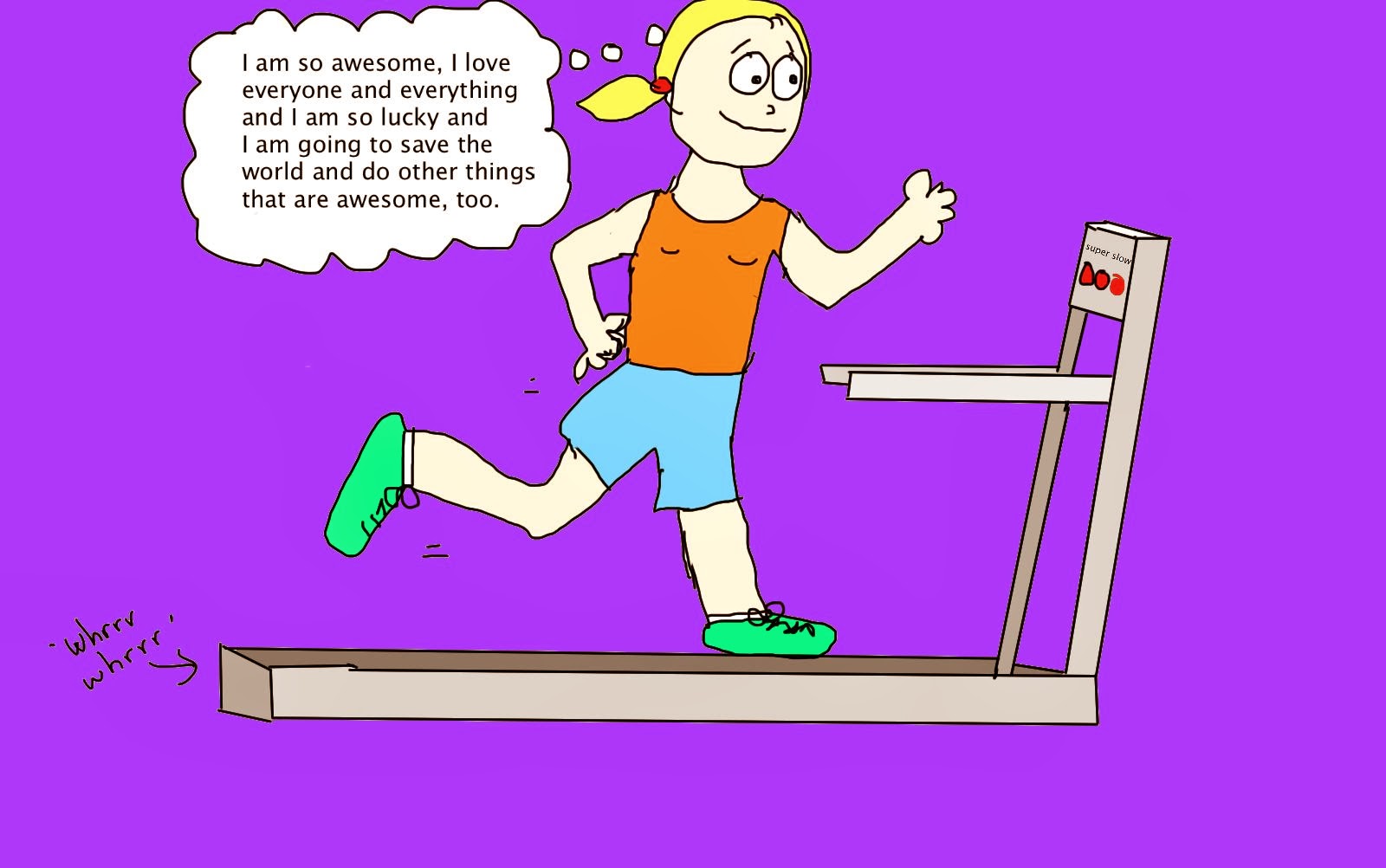 It's still hard to get started. Every time. "Ugh, I'll just do 20 minutes and then I can stop". And I usually end up going 70 minutes. By the 30 minute mark, I figure I could pretty much conquer Everest (North face).

I have found a couple running blogs that I've enjoyed, especially this one. The author is someone I totally want to be friends with because is a runner and she talks a lot about poop. She reminds me of a cartoon rubber band. Yes.

I have a friend who says he'd consider taking up running once he gets to his goal weight (already lost 35 pounds!). In additions to the fact that running will get him to his goal weight 30% faster, there are other reasons for starting now. And this goes for me, too. Firstly,  improvements will never be so dramatic! And no matter how slow you are, or how often you have to slow down and walk, other runners will give you the thumbs up because, one,  they have been there, and, two, runners want everyone to be runners and are happy to see another weirdo come into the fold. When I started out (both times), I was surprised at how good a simple tip of the head in greeting from a fellow runner felt. It's like a Mason handshake or a secret wink: We're in the same idiot club. Nice to see you.

This post sounds a little pontificate-y doesn't it. But seeing as I am the boss of all of you, that's too bad. Now go for a run. You will not regret it.