When I was a teenager pretty much everyone in my school had zits. We didn't make fun of people with zits because, well, we all had them. Sure, some kids had it worse than others, but if you didn't have zit you were more likely to be taunted for late onset puberty than you would have been if you were a pizza face. Back zits or chest pimples were for sure off limits for taunting because it was just horrifying, like they had an extra arm or something. But less useful. You just looked away and hoped to God it didn't happen to you.

But I never see teenagers with zits anymore. Maybe I'm just not looking closely enough, which is quite possible because I don't like to make eye contact with today's youth. I don't want to see their expression as they look at me. That "you'll be dead soon" look of pity mixed with fear and contempt.

Not that teenagers really notice me. When I do register on their radar they see "friend of someone's mom". Or "what I don't want to look like when I grow up". When I look at them I see clear skin, slippers worn outdoors in winter and the homogeneity of people trying to express their personalities via the fashions of Old Navy.

But why the clear skin?

I had kinda nasty skin.


I have very large pores that fill with dirt and oil like dermal tar pits. And most of those pores were active volcanos of pus at all times throughout my puberty.

I used to sleep with Stri-dex pads on my face overnight. 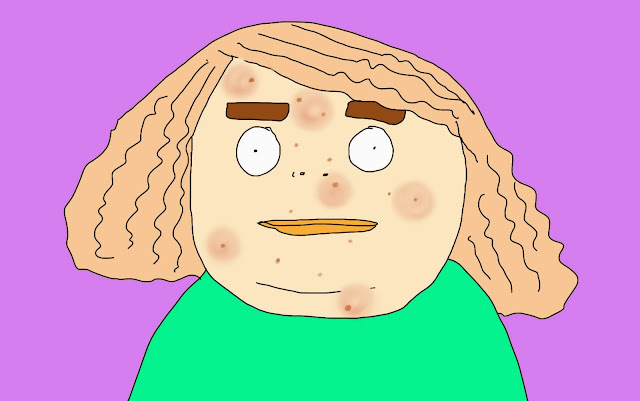 I'd wake up with raw patches that were red and ready to make more zits. We didn't know any better.

And yes, that WAS Barry Manilow singing the jingle there.


Does your skin feel "honest" to you? Does it?

I tried them all. They all failed.  Zits surrounded by ravaged red peeling skin. Looked painful and contagious. Like I needed to be on my own separate colony.

So I would cover the zits up with makeup. Makeup like Maybelline's cover stick that looked like a beige lipstick. You were supposed to put it on your zits to cover them up. I just ended up with a thick, yellowish bumps all over my face that made me look kind of like orangey tapioca pudding. And not in a good way. 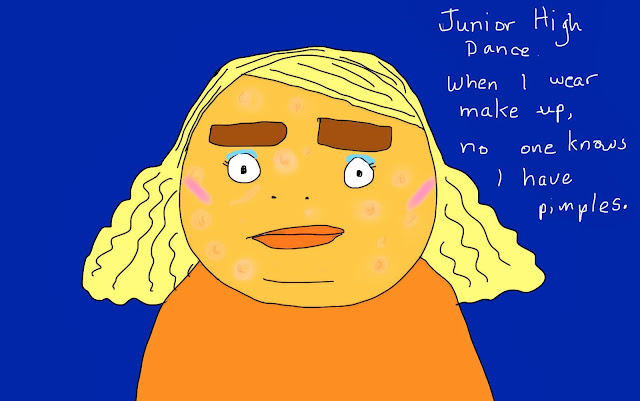 So while I pity the next generation's burden of cleaning up the environment, managing worldwide food and water shortages and the inevitable pandemic that kills us all, I'm still pretty ticked off that they seem to have dodged the pimple bullet.

They'll never have to scrape their skin raw with a Clearasil "Buff Puff", which is basically steel wool with a handle and maybe some soap in it.  Lucky little shits.