Ok. I will state for the record that I am a lucky monkey who doesn't have the right to complain about anything and I am very fortunate and first world problems and what about the children, blah blah blah. We've got that over with, ok? I get it. But I need to tell you about my less than perfect luxury vacation.

I can't call it a horrible vacation, because there were nice moments. Moments.

When we left Toronto, I had the beginnings of a cold. By the time we'd checked into our room, I had a block of cement mucus in my sinus cavity and a fever. You know how the world is slightly off kilter when you have a fever? Ya, I had that. I was literally stumbling around the resort, which, thankfully, went unnoticed, because that is what most people do at these places. But I wasn't stumbling from the mojitos.

Some people slather themselves with suntan lotion whilst on holiday. I slathered myself with Vicks Vap-o-rub. Yes, I bring Vicks Vap-o-rub with me on vacation. 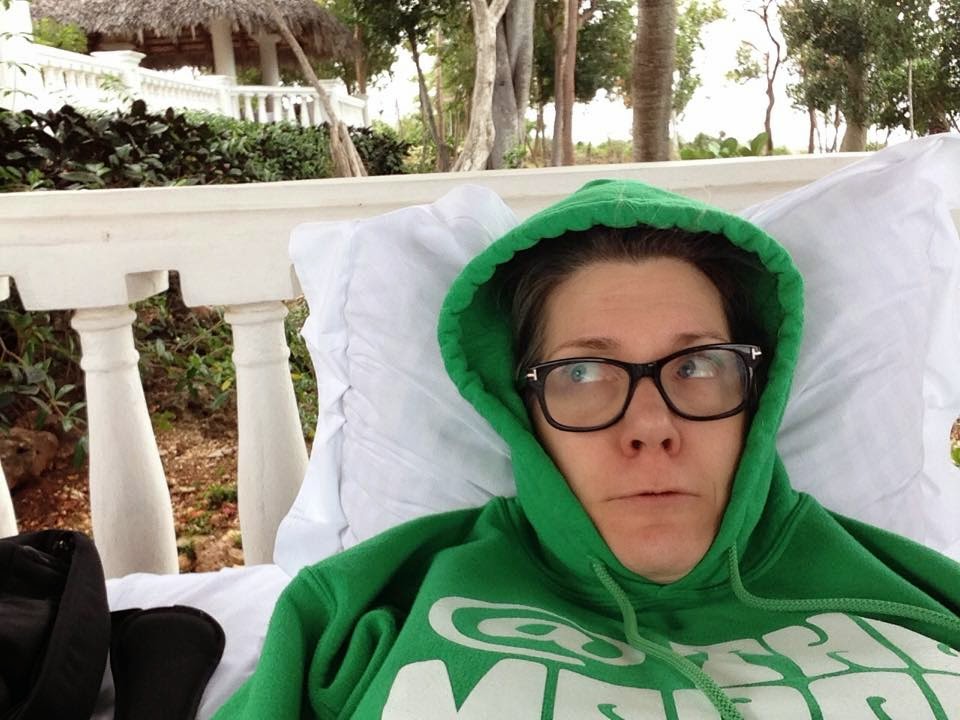 Number of days of torrential rains: 3.5 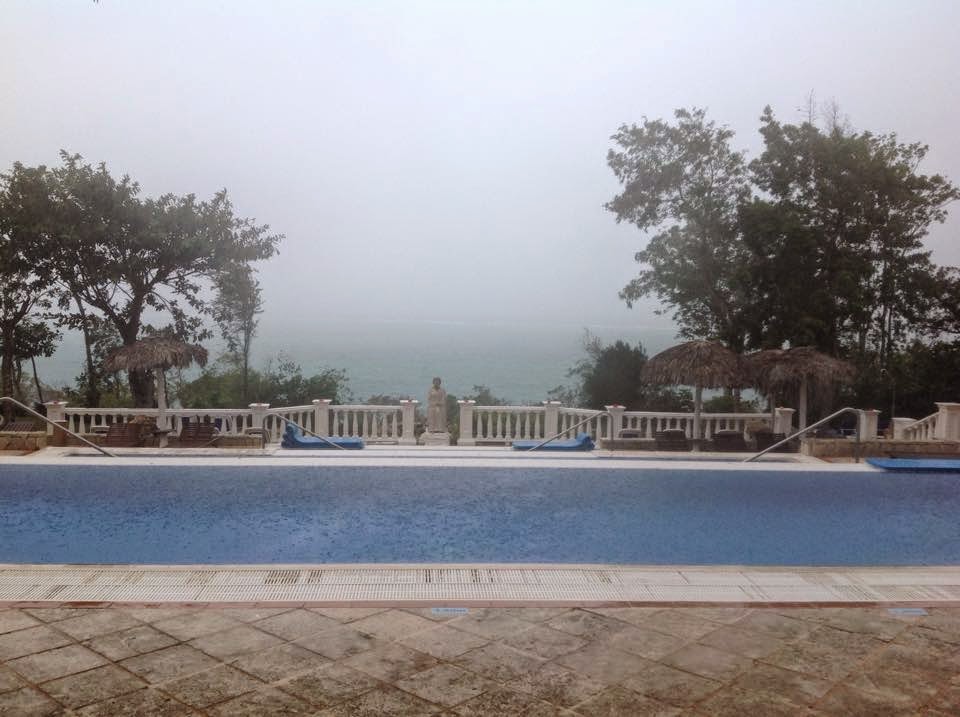 Highest temperature reached during our week in Cuba: 25C. With windchill it felt more like 15C. Seriously.

The number of vegan options on the menu in our section of the resort: 0
There was one vegetarian option. I ate a lot of french fries and papaya

The number of near-panic attacks I had fuelled by my fever and my super exciting imagination: 3

The number of full on panic attacks in which I was scared that I might die, or even worse, I might throw up in public: 2 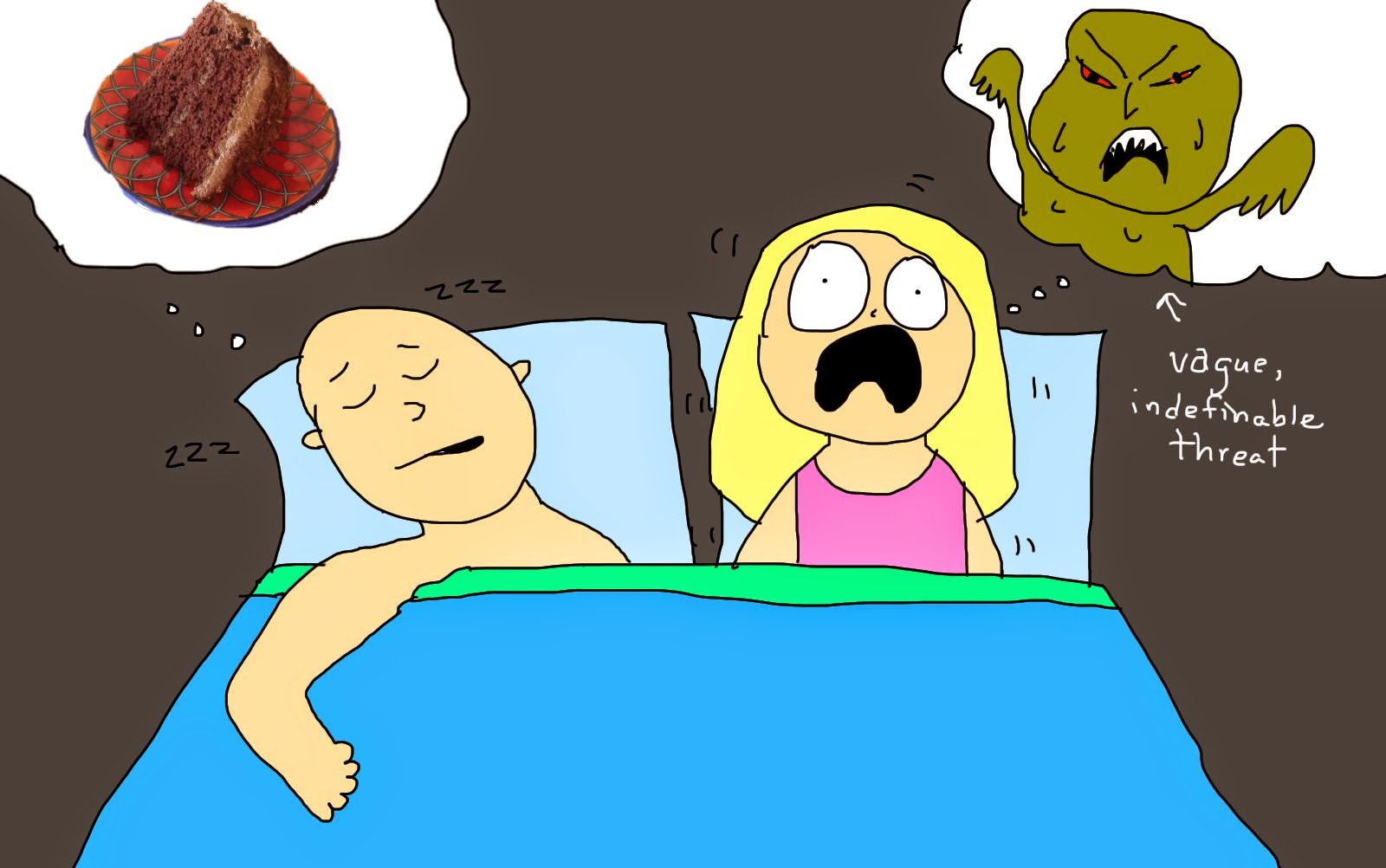 Number of nights I lay awake scared that Brian was going to die: 1

Number of nights I lay awake wondering what I would do in case of tsunami: 1

Number of minutes spent in pool: 10 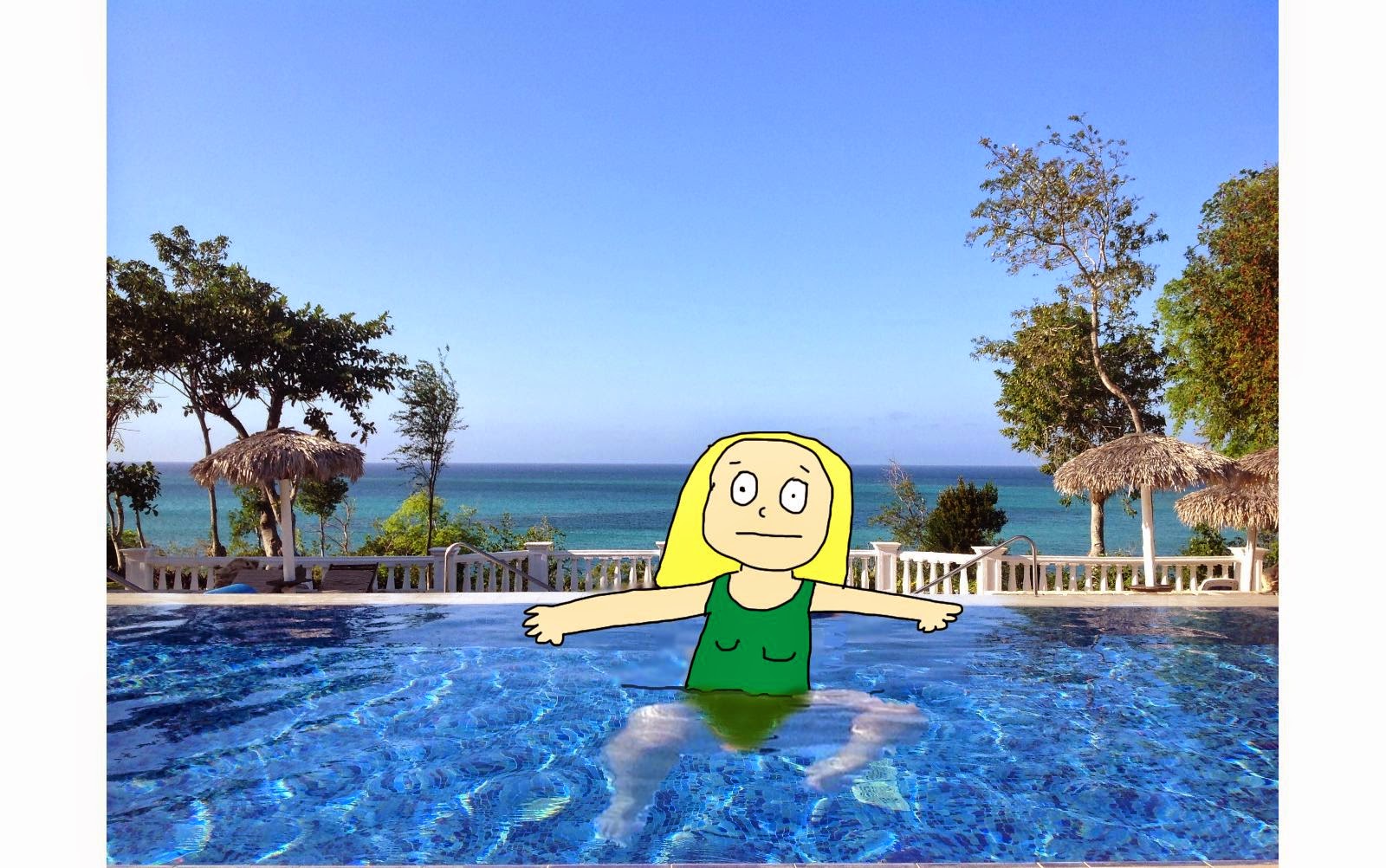 Number of minutes spent in pool before I got a sunburn: 2 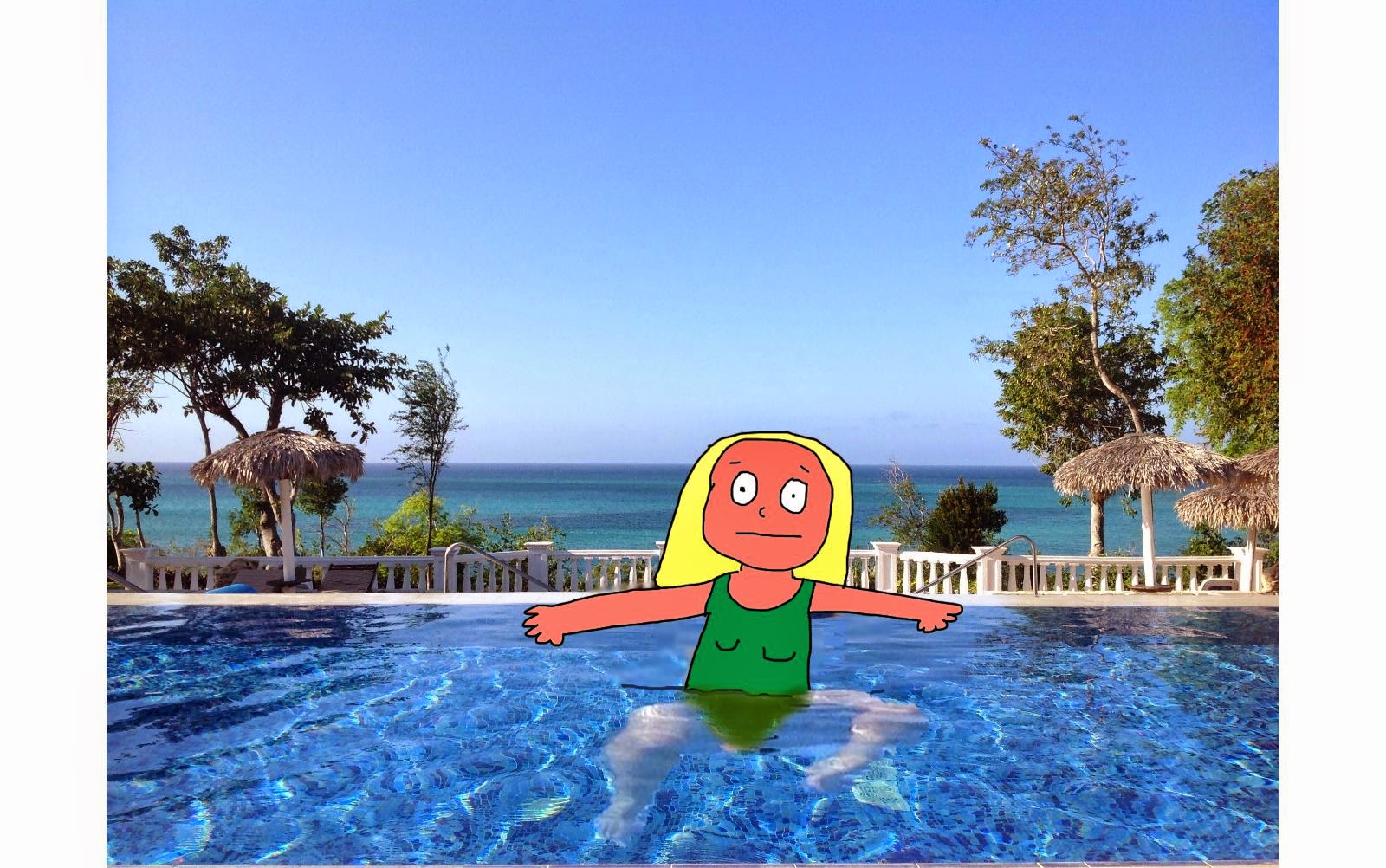 Number of minutes spent in ocean: 2

Number of sea urchins that stung Brian on the bottom of his foot: 1, but it was really big and mean. 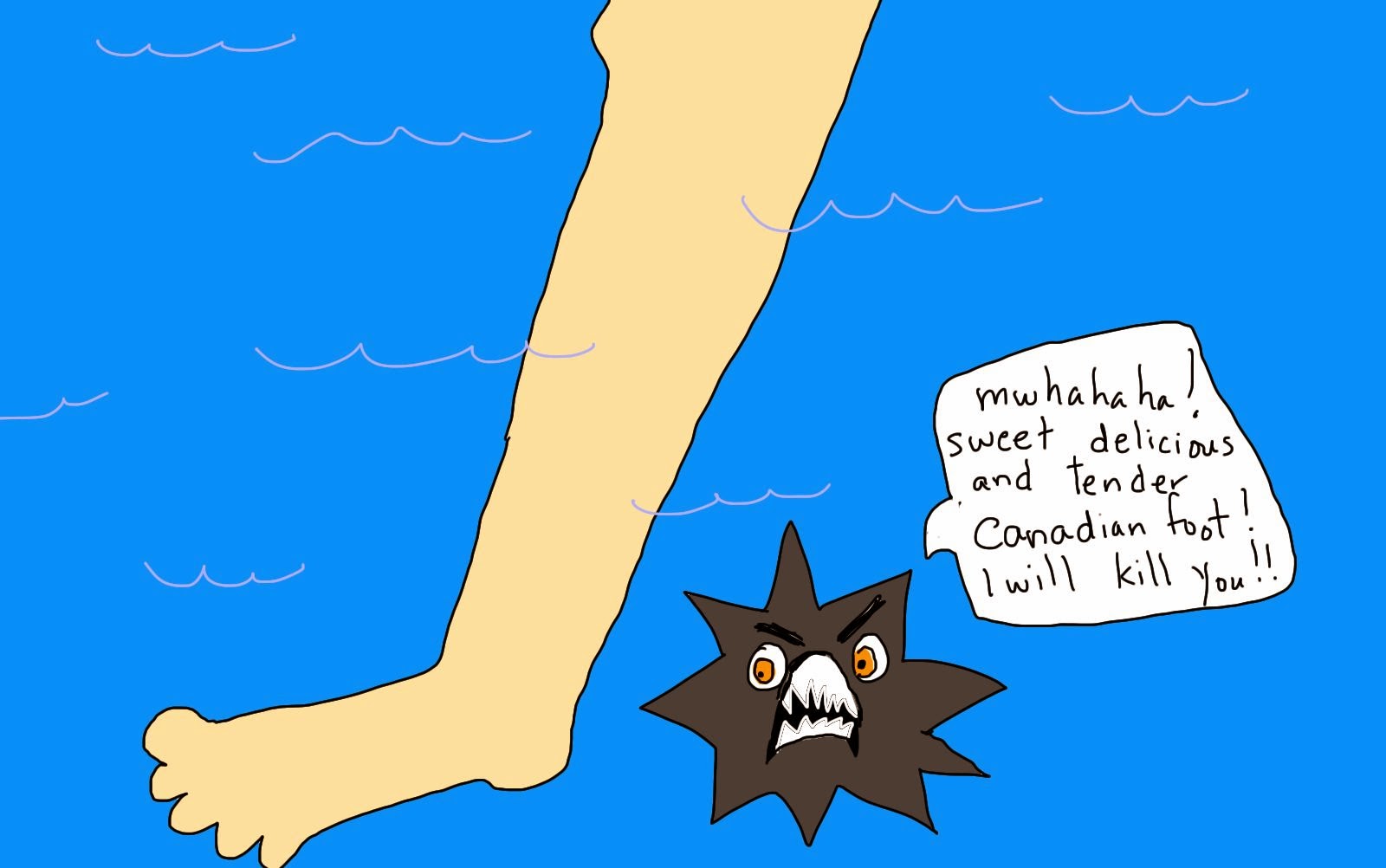 Number of hours Brian worried that his leg might have to come off due to sting from really mean sea urchin: 4

Number of times Brian sighed because he wasn't able to go on epic countryside runs because of foot swollen after sting from really mean sea urchin: 453 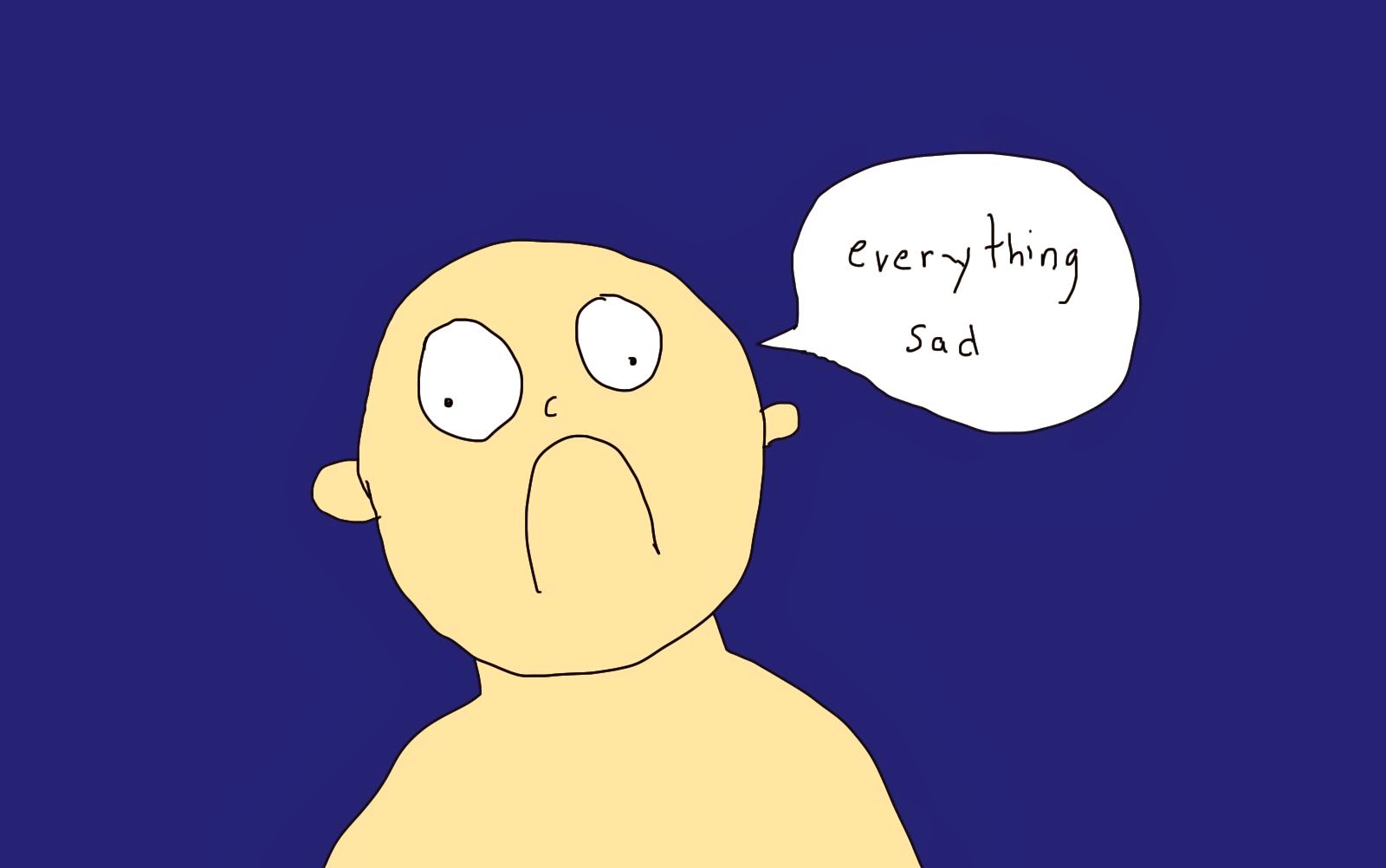 Topics of conversation favoured by Brian, other than not being able to go for a countryside run : 0

Topics of conversation favoured by Ellen, other than current panic attacks being experienced: 0

Number of room service meals ordered because not being in pyjamas was just not an option: 4

Number of activities other than looking for weird inbred resort cats favoured by Ellen: 0 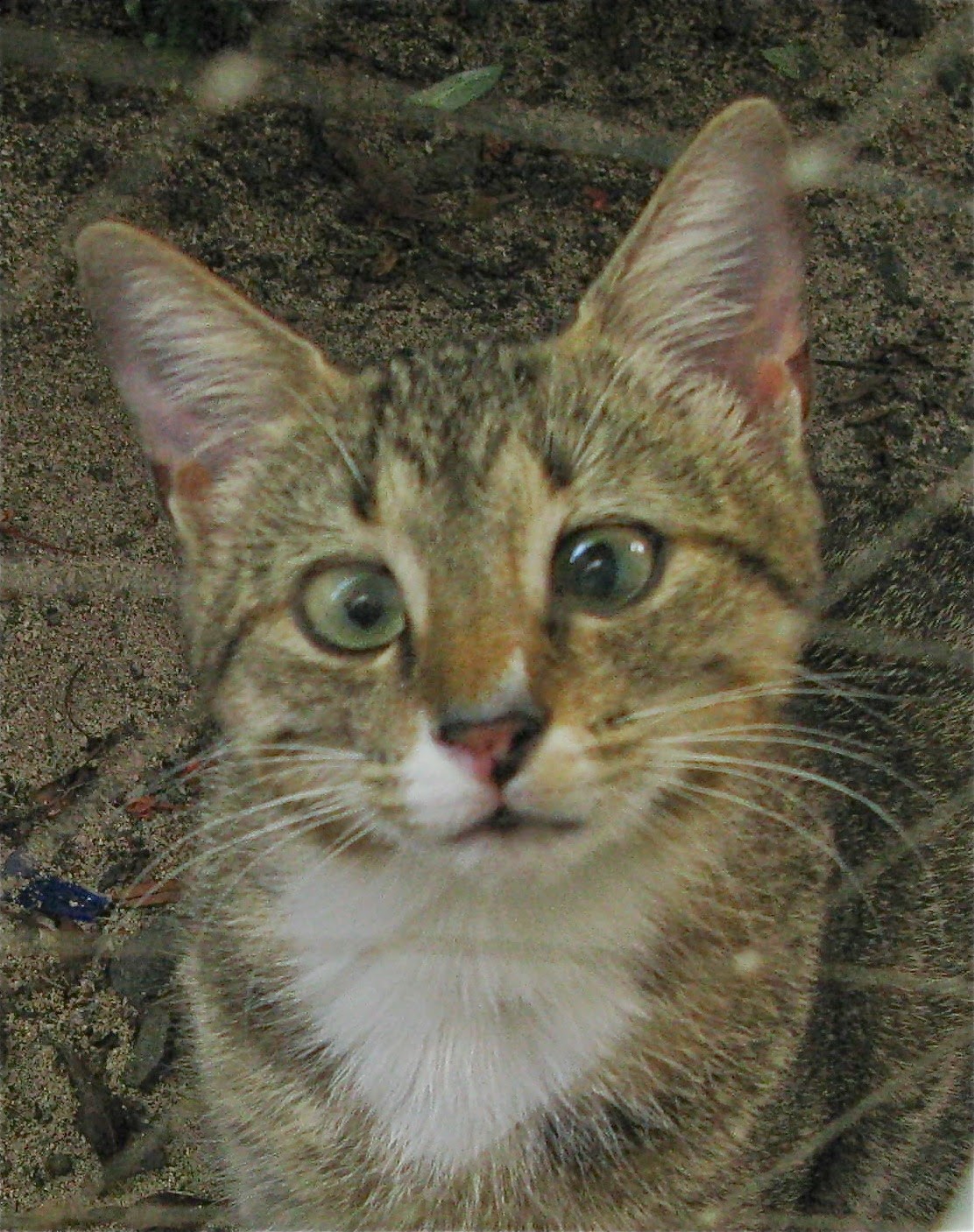 Number of days into vacation when we began missing the pets and wondering what they were thinking: 2 minutes. 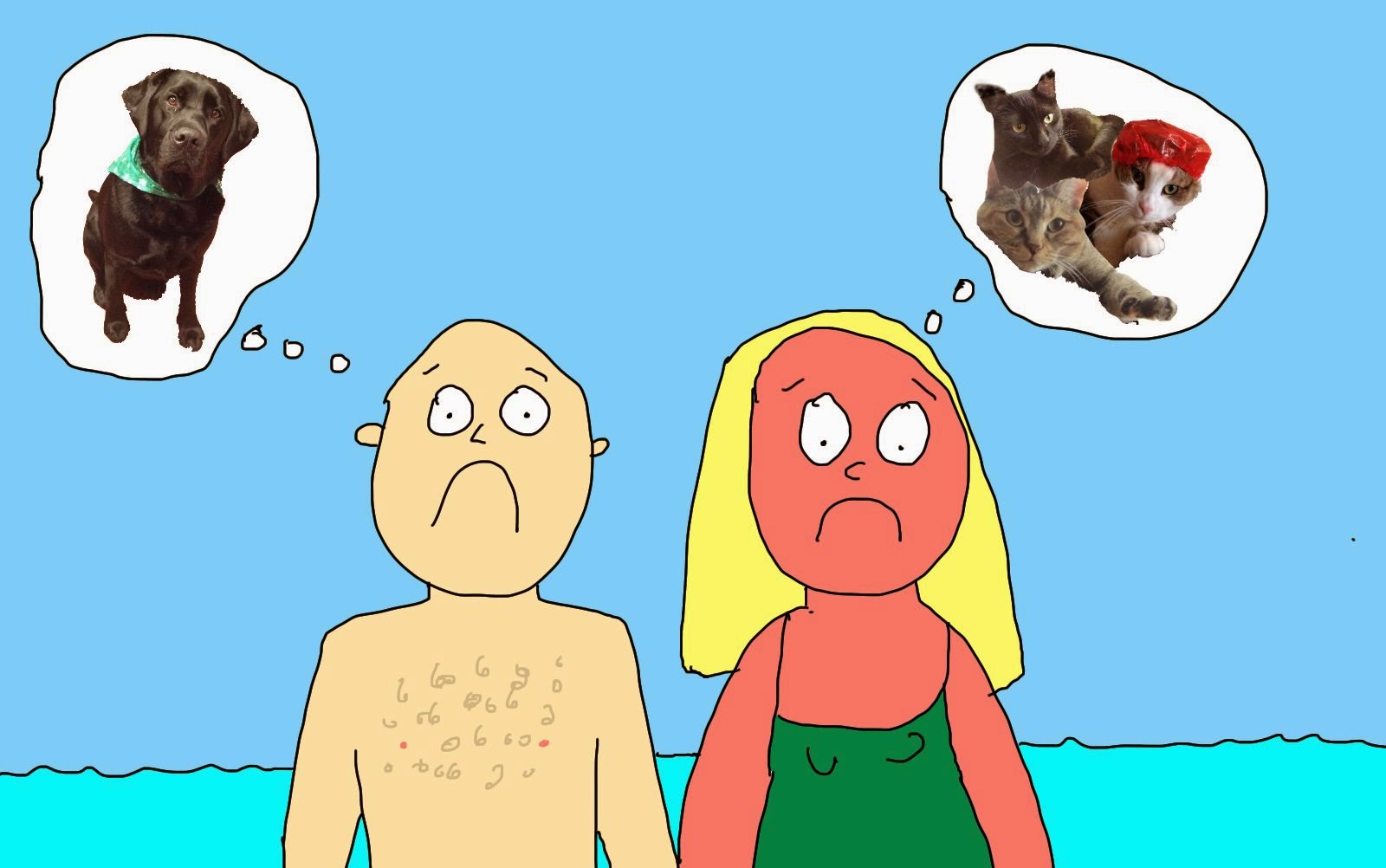 Number of days into vacation where we started to want to go home. 2

The nicest moment on the trip was when Brian and I looked deep in to each other's eyes and knew, really knew, that we were both having an equally crappy time. it's things like this that make a marriage last.


So we are thinking maybe next year we might enjoy a staycation. Significantly less luxurious but at least we will get what we pay for.