When I Go Out With Artists

I was at a social gathering recently (I know, I know. Weird, right?) where I didn’t know anyone except for the host. Although I am socially awkward at the best of times, now and then the stars align and I can be charming and also be amusing without having to spill food on myself.

While my friend was doing her hosting duties I had no choice but to be brave and make conversation with strangers. With each person I struck up with, I was secretly muttering in my head “Please find me interesting enough so that I can glom onto you all evening so that I’m not alone on the couch eating a baked potato looking like a total spaz”. 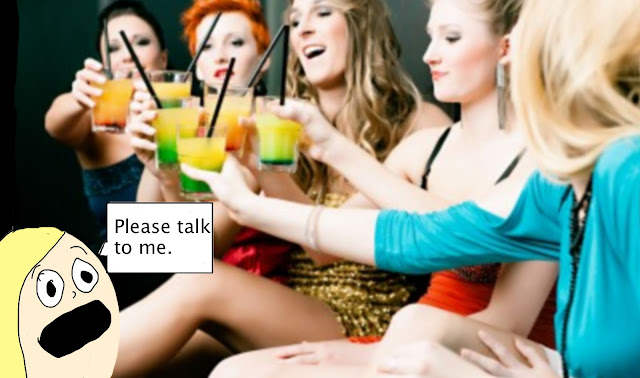 I didn’t need to worry. The flow of people moving between groups and conversations was seamless and people drew me into their circles in the most natural way. I don’t even think they pitied me. At least not that I could tell.

Many of the other guests were artists of note (I would have no idea they were known in the art world as, hell, unless they’re Tina Fey or Ted Nugent, I’m oblivious). Like their work has been in London’s National Portrait Gallery kind of note. Like they write books for artists on paint, kind of note.

The honest, unpretentious dialogue was so compelling it made me excited to know more about their work and process. And as you know, I never want to know about things I don't understand. So this was a major blow to the forces of apathy that currently guides my activities.

It also made me think about the joy of having a passion in one’s life.

These are people in perpetual creative motion. They were always creating, or doing things that would go toward facilitating their work. They were humble and self effacing and charming. Not a martini glass in sight nor reference to Dada.

Dada was an art movement in the early twentieth century. I’m not talking about their dads.

I really want to find one of these passion things.

And no, making poop jokes does not count, although I really am quite good at it.

I do have things I like doing - like needlepoint and reading and making delicious soups. But there’s nothing that feels like fire in the belly, you know?

I think the reason for that is that anything I would do, there would be a big chunk of me that would insist on it being the best thing ever and better than anyone elses and that it would have to make money and get a lot of praise.

Not a tall order. Not at all.

Of course everyone wants praise and acceptance. But for me, those things are the goal, not the completion of a project and the pride associated therein.

This blog might be somewhat of an exception in that I know at the outset that there are a lot of blogs out there that are better and funnier, but still I persevere.

But I also know that there way, way more blogs that are worse.

So at least I can consider myself in good company, even if I am not the Queen Over All Blogs. 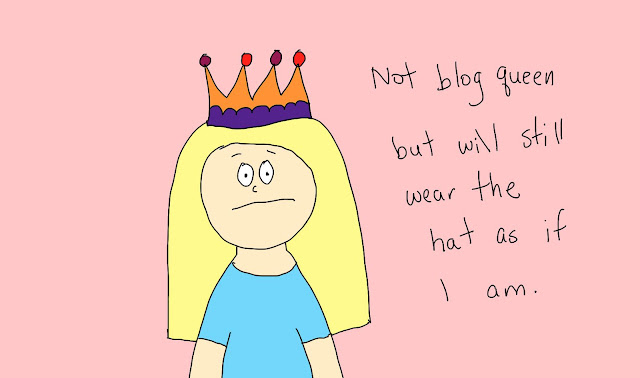 Where does one find that spark? How do you turn “I’d like to write a book” into finding an idea and writing a book about it without constant self sensor? How to put pretty colours onto a canvas and be happy with that, without the voice that says “seriously, Bitch?” How can sit down to write a song without considering criticism, trends and iTunes? For me, nothing is pure.

I don’t expect to ever be an artist of note, to be clear. But what I’d like to do is to give the inner critic a boot to the rear.

A friend of mine who has no formal art training painted this.

No self hate. No expectations moving her brush. Just a desire to create. And it’s a piece of magic.

When we are kids, we just create because it’s fun. We’re not expected to produce a Pulitzer or a Picasso.

So how do we get back to that?

Where do you find the spark that lights the fire under one's ass of inertia?

I am asking you, who among you has been able to lock up their ever unsatisfied inner High School french teacher and gone on to make something of value to themselves, and for no other purpose but to create? How did you do it?