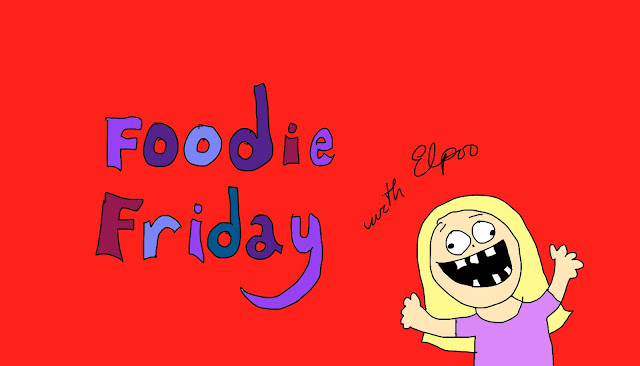 So it’s been 8 weeks that I’ve been following a vegan diet and I can tell you that it’s going great. I don’t miss any of the “old” foods, and I’ve discovered a huge array of new recipes and foods that have made my diet more varied, so deprivation is certainly not an issue.
Finding eateries that serve vegan dishes is a little more of a challenge. So imagine my delight when Tori’s Bakeshop opened in my neighbourhood. 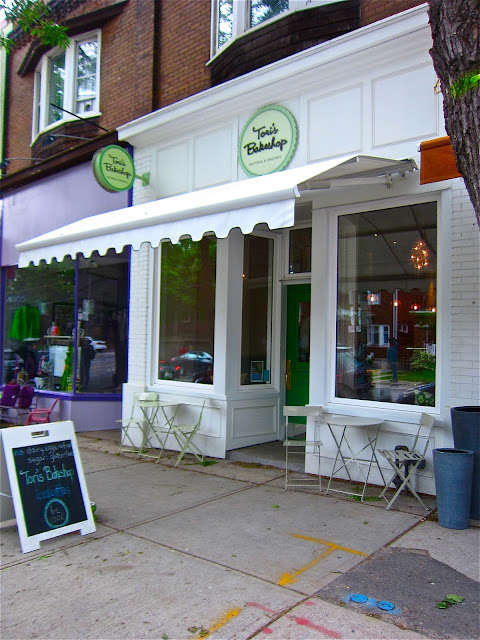 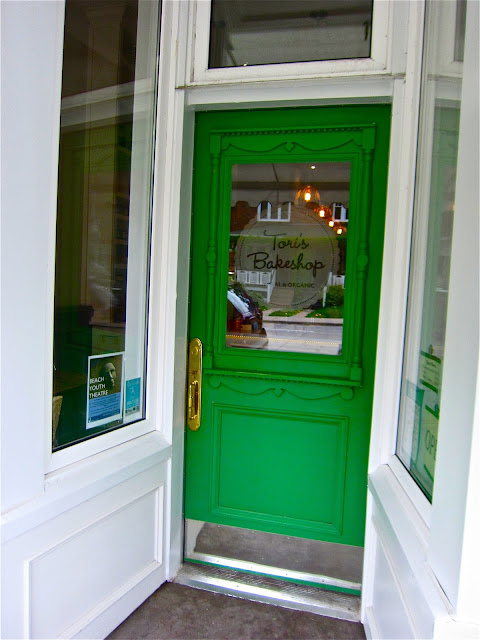 Tori’s is vegan, organic, locally sourced and charming to the nth degree. There are also many gluten free options. 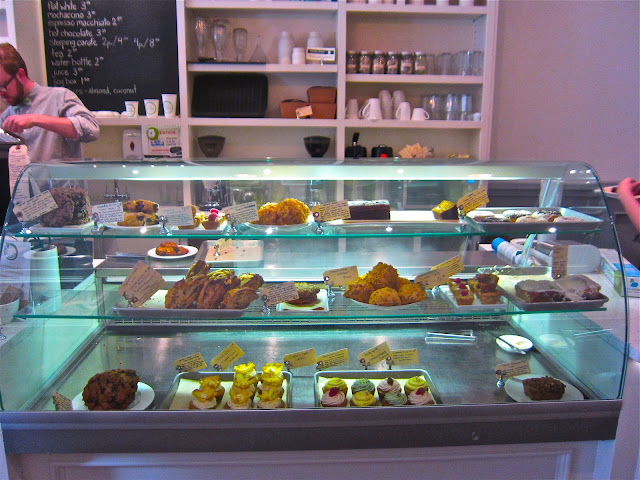 Sarah and I went there and aligned our Chaka Khans and gossiped about our friends. 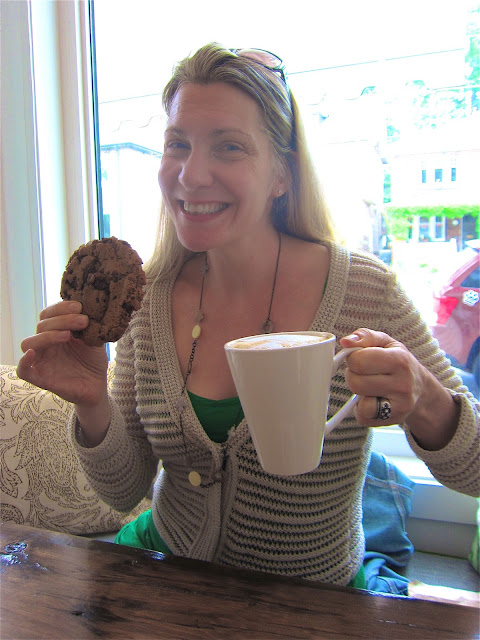 I had a chocolate chip spelt cookie, and Sarah had an amazing blueberry scone thing. We both had lattes made with organic almond milk. So yummy. 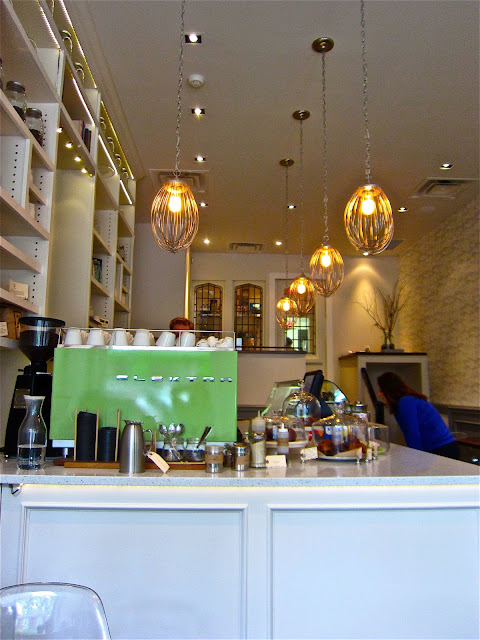 I really hope that they branch out into sandwiches and small plates. There was a steady stream of customers, so hopefully this little gem will flourish. I swear to you, this place is so sweet you just want to hug people when you're there.

This could be a problem if you are smelly, or the only other customer is covered in spikes and broken glass. 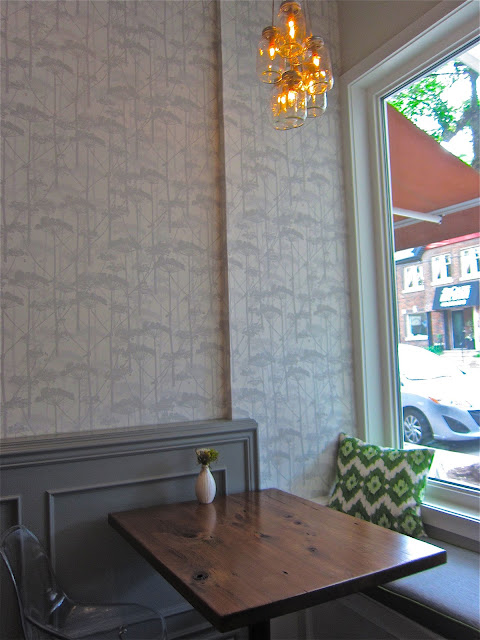 When I got home I was so inspired by baked vegan goodness that I thought I should do a little baked goods magic of my own.
I’d been craving gingersnaps, so sourced a recipe online HERE, from the fine fox at Ohladycakes.com, but made some small changes that I will outline below.
Note, these gingersnaps are more ginger cookies - they are chewy as opposed to “snappy”. You might need to add a couple tablespoons of flour, if you're craving a harder cookie. They are perfect with a cup of tea, or shoved into your cake hole 3 at a time at rapidly repeated intervals before you can shake yourself and say, “Hey idiot, just because they are vegan, doesn’t make them low calorie”.
Just so as you know.
Vegantastic Ginger Cookies
1/2 C vegan butter (Earth Balance)
3/4 C maple sugar (makes for a deeper flavour, but expensive, so you can sub out other vegany sugar)
1/2 tsp vanilla extract
1/4 C fancy molasses
3 Tbsp vegan sour cram (Tofutti)
2 tsp ground ginger
2 tsp cinnamon
1 tsp cloves
1/2 tsp nutmeg
1/2 tsp salt
1/2 tsp baking soda
1 and 1/2 C all purpose flour, unbleached.
Oven: 350
In a small bowl mix together spices, baking soda and flour. Set aside.
In a large bowl of a mixer, blend together butter, sugar, molasses, sour cream and extract. Beat for 1-2 minutes until very well combined and creamy.
Add dry ingredients and mix until just well combined. Drop by Tablespoonfuls onto baking sheet.


Bake for 15 minutes (check at about 12 minutes, as oven temperatures vary). They should be slightly browned on the bottom. Cool for a bit on the cookie sheets and then move them to a cooling rack to cool thoroughly. The original recipe says these will keep for 3 days. I popped mine into a freezer bag and take them out as I need them.
Apparently I need them all the time and a lot at once. 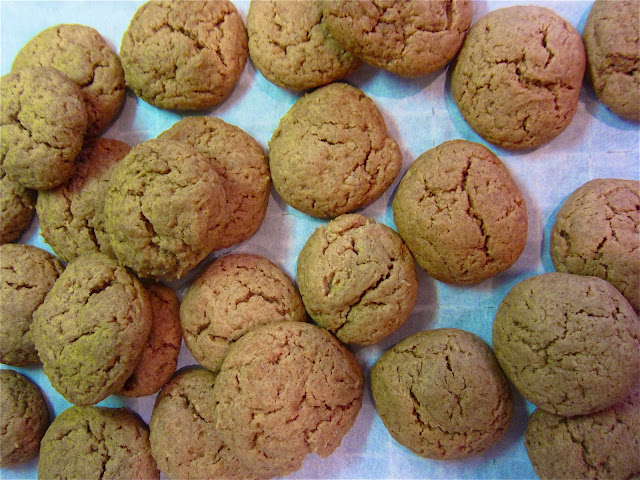 About 90 calories a cookie. I know - you wouldn’t think something so cute and innocent would pack such a caloric punch. Try not to think about it while you’re binging on them. Just think of it as your duty. 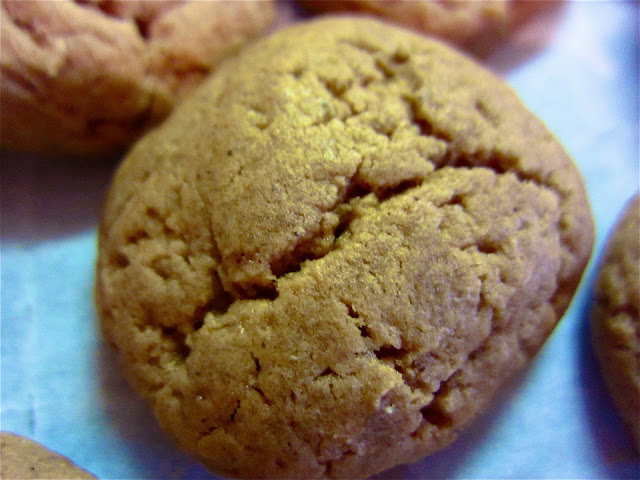