I worry a lot about how I’m going to die.
If I die of natural causes, it is likely that I will have a heart attack or stroke, if my family history is an accurate predictor. No one in my family has died from Fabulousness. At least not to my knowledge.
I do worry about falling down an ice crevasse. I was on a trip with my family when I was about 10 or 12 at the Columbia Ice Fields. My dad was a great fan of rocks and fossils and anything geological so hanging out on a glacier was his idea of a fabulous party time.

It was not mine.
We did go in this weird tank-like thing across the ice where a guide showed us an ice crevasse with water gushing down it and said if someone fell in there’d be no way of rescuing them and they’d eventually freeze to death or die from drowning in the water that was rushing over them.
This is an ice crevasse. 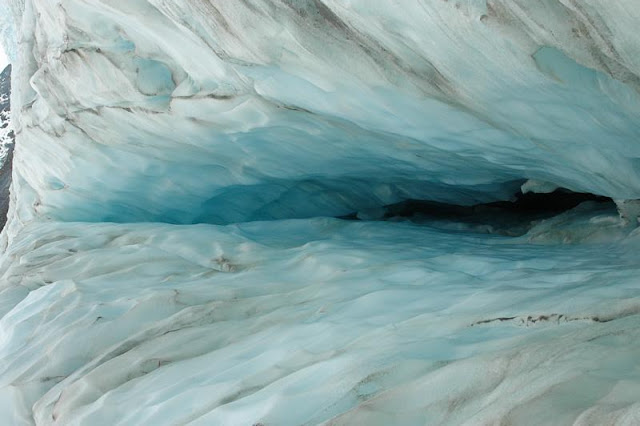 This pretty much killed any future in spelunking that I might have had. But it does reduce the chance that I will die in that manner.
I don’t have any immediate plans to die, although I think it’s something I’ll have to do at some point. I mean, anyone who is anyone does it, right? I hate being off trend. I’m not scared of it, even though I’m not sure there is an afterlife. It’s just there’s a a few things left I need to do. And so much TV I need to watch. So many needlepoint projects.
If there is a heaven, I imagine part of it must look like this: 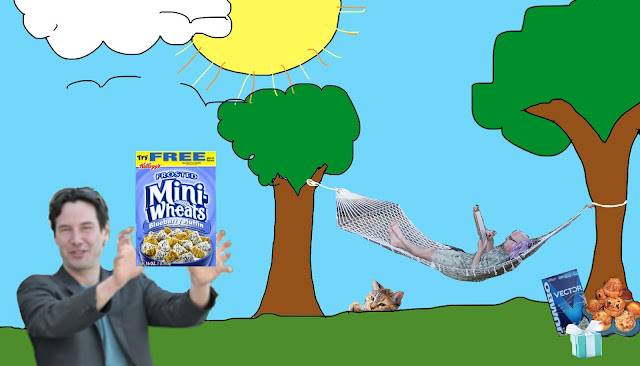 When I do cross over to the Great Craft Night in the Sky, I don’t think I want a funeral. I don’t like funerals (who does?) and would rather people just remember me as I was before I died.

And perhaps people could spread a rumour that I am still alive somewhere, living under a new identity. Like a Heart and Stroke Foundation witness protection program thing.

Chances are, it will be pretty irrefutable that I am dead.
So no funeral. Instead, I would encourage my loved ones to go shopping in my memory. Or raise a bowl of Mini Wheats to toast my life.  Just go out for  a nice dinner and talk about how thin and pretty I was. You can do that now,  of course. You don’t have to wait til I’m dead. 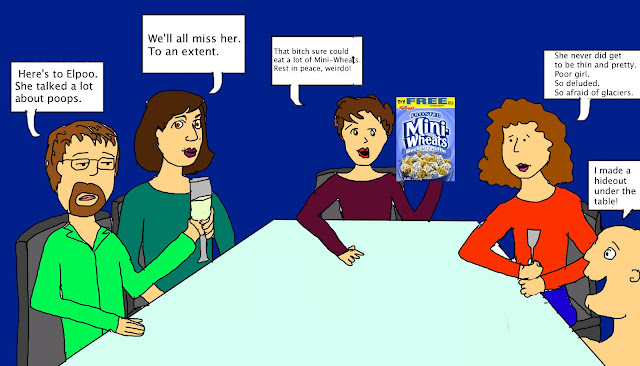 Unless you’d rather.
Of course, if I am to be toasted, it would be helpful for me to have done something significant with my life (and NO, flipping my hair around in a pop band does not count). And I find that whole concept interesting: doing something with one’s life.
What the hell is that supposed to mean?
I mean, getting up and having coffee, that’s doing something with your life. I’m really good at that. I’m happy if I can get through a day without spilling food on my clothes. Or eating an entire package of rice crackers.
I don’t have lofty ambitions. I may change my mind at some point, but I don’t feel the need to do anything too significant for the sake of doing things. But I do want that attention that comes with doing important things. But without the effort. You know?
So I think that the phrase for me should be, instead of “I want to do something with my life, I want to leave my mark on the world” - it should be -  “I just want attention and I want people to think I’m pretty”.
That’s really what it comes down to, right? When I’m dead will I (or will you) care if I climbed a mountain or if I watched too much TV? Sometimes TV is really great, and climbing mountains is hard. I can just watch mountains on the Discovery Channel. They’ll say nice things about me when I’m dead whether or not I established an international children’s charity.  There’s not any particular thing I feel I need to have accomplished before I die, but I think what I’d like to be sure of when I do die, is that I’ve amused people. To me, being funny is more important than being thin. And you all, by now, know how much I value thinness. 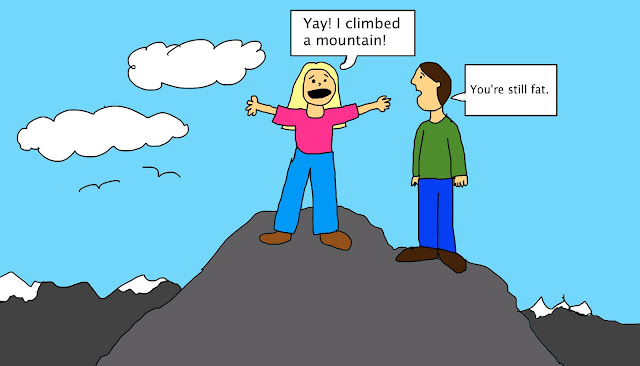 I may feel differently when death is staring me in the face. RIght now it’s just kind of peeking at me from around a corner. Wiggling it’s finger at me saying “Here, kitty kitty”. 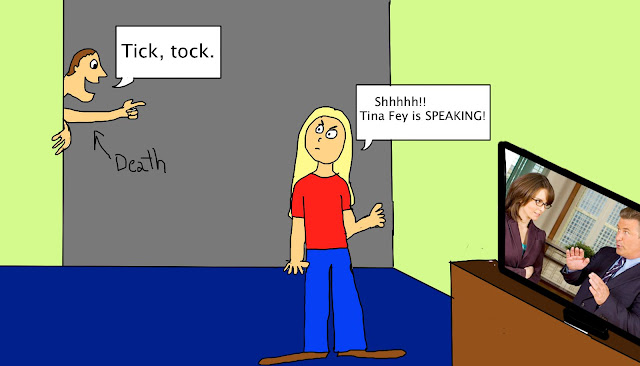 Email ThisBlogThis!Share to TwitterShare to FacebookShare to Pinterest
Labels: at my funeral, How will I die?, Scared of glaciers, Vision of heaven