We used to do a lot of radio morning drive shows. Not so much any more, although we still do a few. These involve getting up very very very early and going to a radio station where they probably don’t have coffee or a super mega class mixing board and you sing into their mics. Then you get pictures taken.

Radio hosts on billboards – they usually appear in trios. The one wearing sunglasses is the most uncool. They have tried every stylist trick in the book and the only way that they can make him look even a little less like the biggest, most boring actuary on earth, is to put him in sunglasses and have him fold his arms. Heads up, Mad Dogs of the world, we aren’t fooled.

Why are so many radio personalities nick named “Mad Dog”.  I’ve been to a lot of radio stations in my day and done many times, one of the guys hosting is called Mad Dog, but his real name is Craig, or Don, or Martin. Are there no other monikers besides “Mad Dog? Like Angry Albatros? Ticked Tiger? Irked Iguana. Time to mix it up, I say. 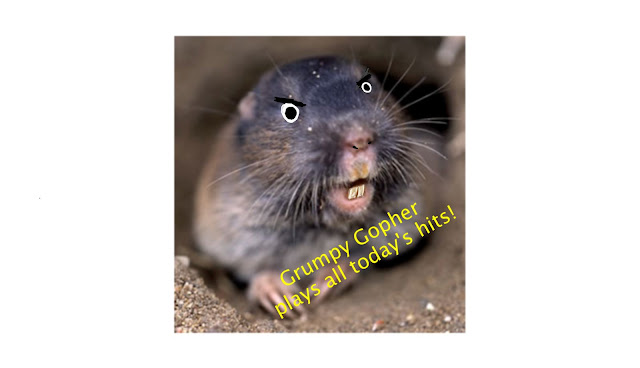 Radio people are always friendly. They want to make you feel at home and will give you stickers, or if you’re lucky, a keychain with the station call letters on it.
Have you ever noticed that when they show radio personalities on billboards, there’s always one wearing sunglasses, and there’s always one standing in semi-profile with their arms crossed?  It’s like there are no other photographic set-ups possible. Other than the two hosts standing back to back with their arms folded. 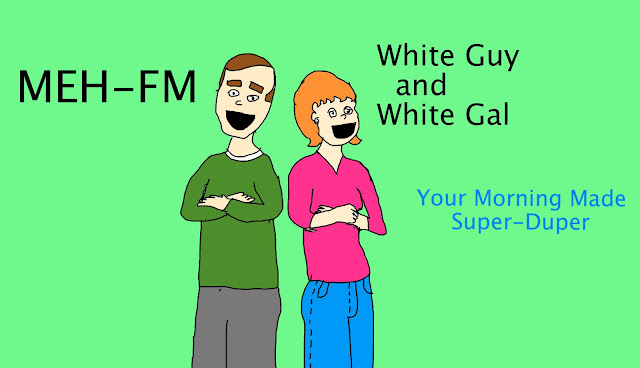 Oh they’re crazy.
Why do they need to be on billboards in the first place? What is the station trying to promote? They weren’t hired for their good looks. They were hired for their velvety voices which, of course, can’t be translated into a visual. I kind of want those voices to be “disembodied” - I don’t want to know what they look like. I like a bit of mystery in my day. In my mind, all male radio announcers look like John Corbett 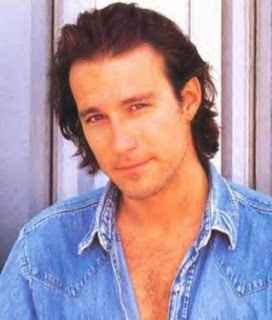 and all women announcers look like Anne Mroczkowski from Global TV in Toronto. 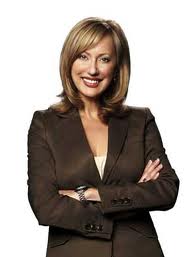 Why burst my bubble?
Real Estate agents are the same deal. Why do we need to see their huge, toothy grins instead of, say, the house they are trying to sell? Do I choose the real estate agent who is selling the best house, or the one with the best DaVinci veneers?
I met a real estate agent years and years ago, and she had teeth that were so huge and white and perfect, it was kind of frightening. They were the size of dominos, so white they made her eyes look yellowy and she wore bold jewelry that emphasized her ample... um... ampleness. Think Samantha from SATC, but more likable and less one dimensional. I don’t have any interesting stories about her as I only met her once. I could make up a bunch of stuff.  Like maybe she was a huge praying mantis with a police siren light for a head. That kind of thing. 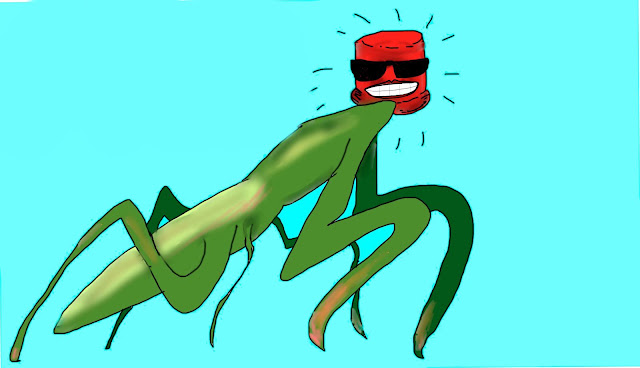 Years later, when I bought my condo, I had the sexiest real estate agent ever. I didn’t choose her because she was red hot, but rather because she was the mom of a friend. She as probably in her early fifties, but you could fry an egg on the sassy energy she put out. When she was in the groove with some kind of business thing, she would walk and snap her fingers like this:

She also referred to Starbucks as “Starbuck” as in “I am going to get a Starbuck, would you like anything?”. She wore very high heels. I found her to be fascinating.

So what would happen if we started breeding real estate agents and radio announcers? What would their children look like and be like?
Maybe something like this? 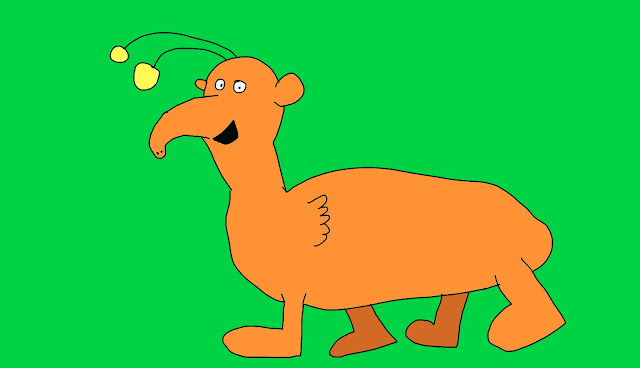