I am, without a doubt, a morning person. I have always been a morning person, with the exception of a short period where I worked as a bartender and my natural sleep schedule was altered so that I could work between the hours of Happy Hour and Gutter Puke.
Otherwise, I have been a devotee to the day, immune to the siren song of the night time party bar action rock out. I’ve never been much in to parties, unless there was a lot of soda pop and some kind of cake involved. And I didn’t have to talk to people I don’t know. People who might not have cake.
The best parties I’ve ever attended have been the ones I’ve hosted because I can always busy myself with slicing cheese and cutting cake if I can’t focus on any of the myriad conversations around me (see previous blog about my difficulty locking in on a tete-a-tete). Plus, my parties always end by 10:30 pm. A half hour past my bed time.
Anyhooooo
So, I am early to bed, early to rise. There is research that shows that our bodies natural alarm clock is set in our genetic code (Brown, et al. 2008; Ramsey & Bass, 2009); being a morning person or a night owl is not a choice, but rather an imperative. Further, being an early riser is, apparently, the result of a genetic mutation (He, et al., 2009).
I have always suspected that I was a mutant.
I am the only one in my immediate family who prefers sunrise to moon shine 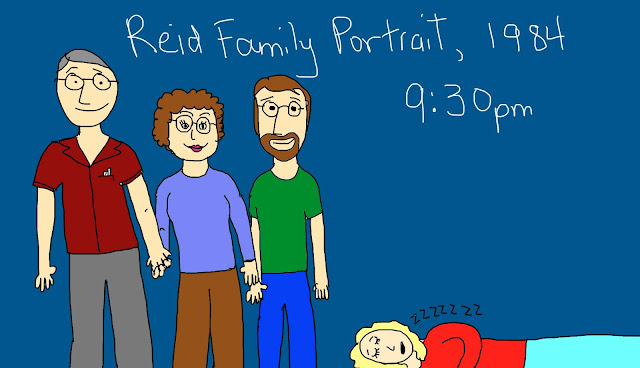 (No one in my family likes the one-word variety of moonshine- long line of abstimonious Methodist ministers. Then again, my mom has been known to drink up to two rum punches in an evening. Drunkard.). This is interesting because recent research suggested that people who are extreme night owls, but are forced to function outside their biologically coded best hours, are more inclined to smoking and drinking (Whitman, Paulus & Roenneberg, 2010 ) Maybe this is why there are no super cool day time dance clubs. And why my parents and brother had such huge match book collections and weird friends sleeping on the couch all the time.*
My parents thought I was quite the little oddity, marching to the tune of my own circadian drummer. When I was not more than three, my mother would set out a bowl of Cheerios and a blanket before bed, so that when I woke up at the crack of crazy on Saturday mornings I could feed myself, keep warm and watch cartoons without waking up the others who invariably slept in until 11.
I was not allowed to have milk (would have spilled it) or touch the thermometer (would have burned the house down) or turn the tv volume past whisper level (would have awoke the beasts).  I am sure that this instilled in me my love of peaceful mornings and carbs and excessive blanketing.
Ergo, I blame my Vector addiction, my constant state of being chilly and huge, gory feet on my mother.
J’Accuse, Mickey. J’Accuse!
By the time you are 18 you have a pretty good idea whether you are a lark or an owl. But you might not, at that tender age, know what you want to do with your life. So here are a list of career options based on your chronotype.
Morning person:
gardener
personal trainer
folk rocker
teacher
Minister
dental hygienist
Accountant
Volunteer
Milk Maid
Scientist.
Police Detective, Comedic
Night Person:
art thief
international man of mystery
bartender
card dealer in Vegas
celebrity
painter
performance artist
Tavern Wench
rock star
Satanist
security guard
Drag Queen
Funeral Parlour Director, weird type.
Scientist, Evil Type
Police Detective, Sexy, Hard-Boiled Type. 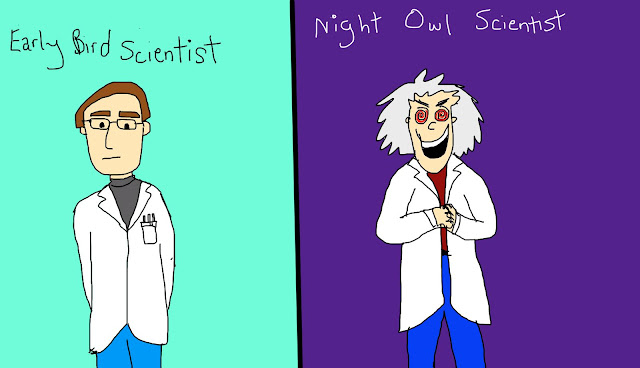 It used to be that conventional wisdom stated that those who rose with the dawn were more productive. This may or may not be true, depending on how you define “productive”. While we morning people might do better on some tests, we are invariably less cool, dress like dorks and tend toward silly things like community theatre and train spotting. I’m thinking the kind of people who listen to  Katrina and the Waves while speed walking.


Larks might do better initially, but we tend to crash much faster than do our owly friends, who function better in the later hours when morning people are whining and scrounging for coffee. So I figure it all evens out in the end.
I do not do well in the evenings. I tend to start to fade at around 8:30. I get bleary eyed and cranky like a toddler if I am forced to stay up too much past my bed time. I haven’t seen Saturday Night Live in 15 years. Brian and I love when people invite us to things that don’t even start until 10pm. Gives us a good laugh. Then we go back to sipping our tea and making detailed lists about what we are going to do for the next 40 years. 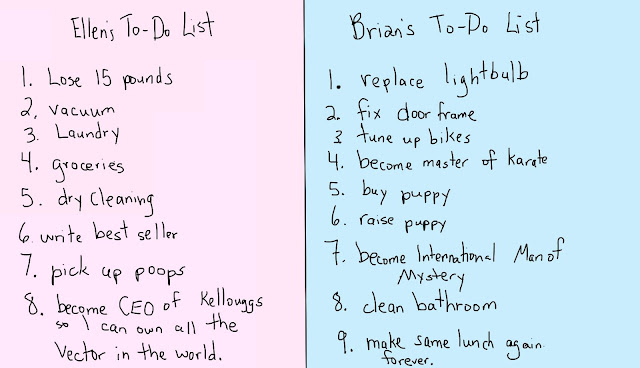 On the rare occasions when I have to stay up late, I feel like I’m being subversive and part of some grand mysterious club that only university students and drug dealers are a part of. Maybe I’m a little bit cool. Maybe I’m going to party all night.
I’m not fooling anyone, I’m sure, with my stifled yawns and squinty, pathetic attempts to follow conversations that AREN’T  about how we really should be leaving now, everyone is fully aware that I am a morning dork and while they are planning which after hours clubs to hit, I’m thinking about drinking my morning coffee after I clean up the raccoon assaulted organic waste bins.
Because this is the kind of thing morning people do.
I have in my mind that Germans and Swedish people are all morning people. French and Spanish people are night owls.
Nobody knows what time the Dutch get up. I’ve Googled it, and it’s a bit of a scholarly dead end. Maybe they just don’t go to bed.  Dutch non-sleeping zombies with their bikes and windmills and awesome cheeses. They can’t afford to sleep. Their words are so super long that they have to stay awake 3 extra hours a day just to say “Good morning” to each other. 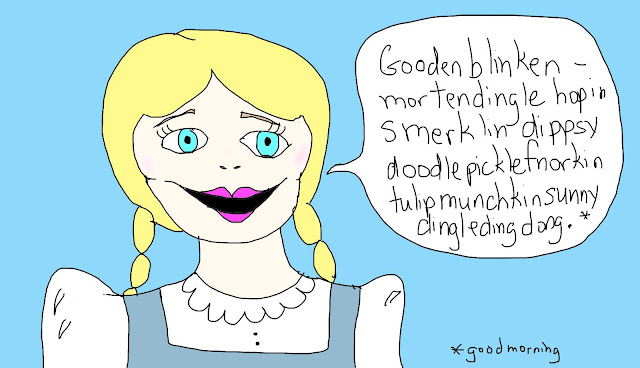 Email ThisBlogThis!Share to TwitterShare to FacebookShare to Pinterest
Labels: Day vs night people, evil scientist, I am asleep by 10 pm, I'm a morning person