Maybe you are on a bus or streetcar, or in a cafe with a friend catching up over burnt tasting lattes. Or perhaps on a train with your sweet, sweet lover, trundling through the German countryside touring castles and pastry parlours. You might be on a plane with your co-worker, discussing a new project at work and how your boss makes it obvious he goes commando.


It doesn’t matter where you are.
It doesn’t matter what you do, or what you are talking about.
If I am in earshot, I am eavesdropping on you.
I promise I would never reveal your identity.  But I CAN’T promise that if you say something interesting, awful or stupid, I won’t tell people about it.
I’m just not that strong.
I find it impossible not to eavesdrop, even though polite society dictates that it is in bad form. Can’t help it. I could be sitting with  a friend who is telling  me about their engagement, their new baby, their incurable illness,  but if someone else is in earshot talking about, say, the Kardashians, or sandwiches, or lumber - well, I’m incapable of following my friend’s story and instead focus in on the prattled buzz of strangers.
Don’t be too angry at me. Eavesdropping is the highest form of flattery. It means that your discussion about your new jeans is way more interesting than anything I could be thinking about in my own brain.  I think it’s pretty clear from this blog that that is the honest to goodness truth.
Here are a few random conversations I have overheard and recall now for your dining pleasure:
I was in the ER room waiting with my neighbour. It was about 5 in the morning. A rather odd looking couple in their late twenties were enacting their own private soap opera in a very public venue. They were totally high on something. They vacillated between being madly in love and striking each other in rage. Security kept shushing them (And we all know that crazy crack heads HATE to be shushed!). At one point they were quiet for a moment and then suddenly the woman looked at her lover-man, with tear brimmed eyes and shakily said: 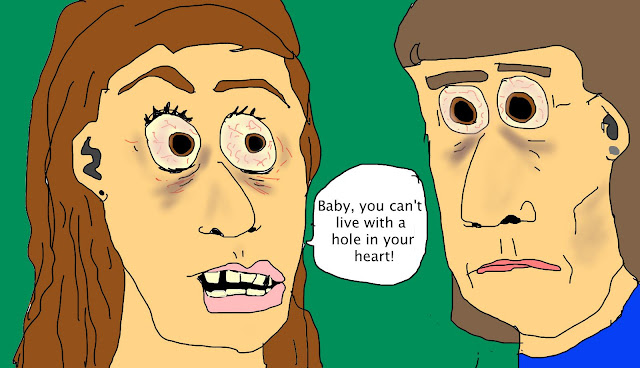 No. No you really can’t. They were at fisticuffs in the parking lot 15 minutes later.

Traveling provides not only an abundance of eavesdropping opportunities, but also, just weird interactions. At the  front desk of a hotel where we’d stayed the previous night, I was checking out and paying my incidentals, and the trainee who was serving me turned to her supervisor for guidance on the transaction: 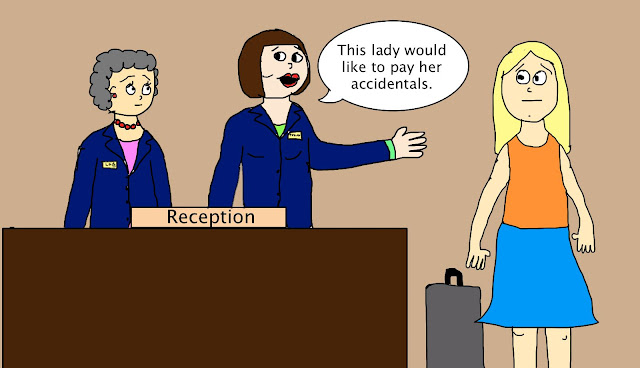 Truck stops are nothing but hilarious. They have so much candy and so many people who were dropped on their heads repeatedly as children (by accident, of course). In a Kentucky Truck stop bathroom for example: 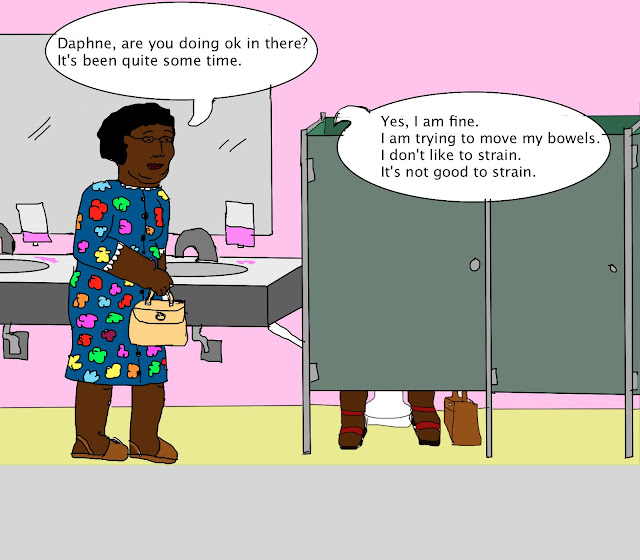 In Tennessee, a truck stop cashier, friendly as can be:


Overheard in airport waiting area; Porter Airlines, by the way (which is a freaking awesome airline): 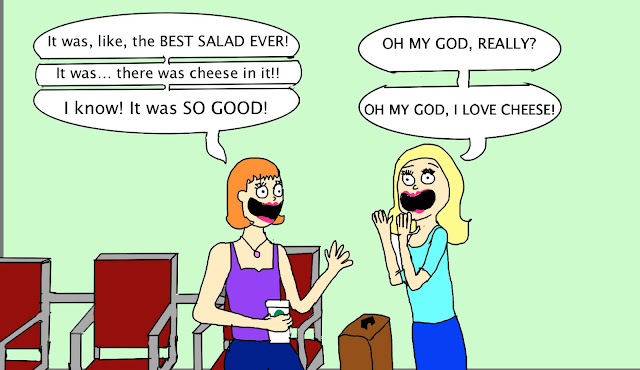 We had made a pitstop in Nashville at a Starbucks. A young woman bolted in, looking panicked and hair akimbo. She was breathing heavily like she had been chased. I asked her if she was ok: 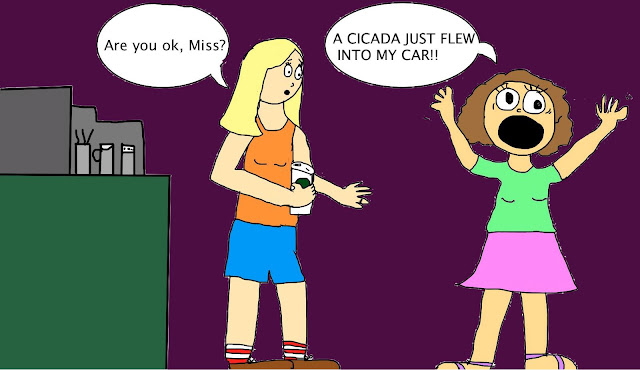 Relieved that it was nothing major, and, as usual, trying to be jokie I asked her: 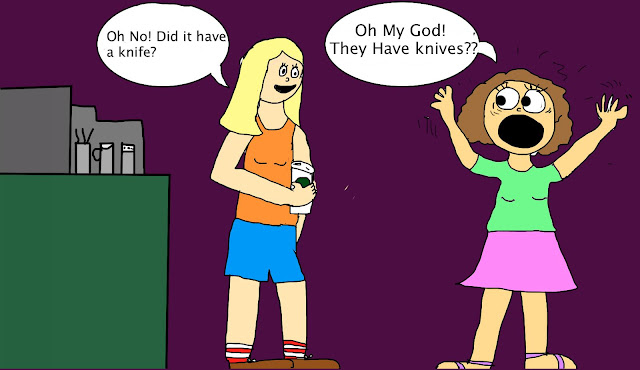 I stare at her. Count about 5 beats here. Girl says:  “You’re kidding right?
I respond: 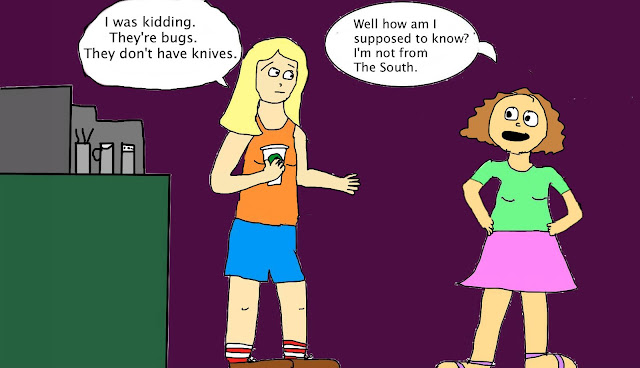 This other time, a million years ago when I worked in a bar I overheard a guy telling a girl he was hitting on: 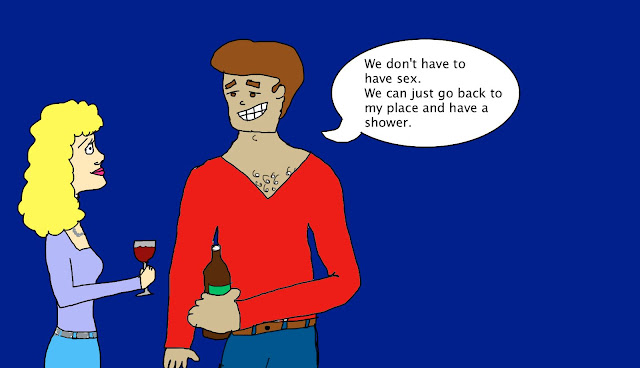 -Overheard outside  after a Crash Test Dummies show:


Clearly if I am within 100 yards of you, you need to be hyper aware of what you’re saying because I am totally listening and forming an unflattering opinion of you based on the small snippets of conversation I can hear. To my friends, if you really need to talk to me, it’s best to hold my head and force me to look in your eyes while you are talking to me. If my eyes glance sideways, that means I am focussing in on a peripheral conversation about someone’s disappointment with their work schedule at East Side Marios this weekend and not really taking in that you are telling me about your car accident.
Maybe me friends should start talking to me only in rhymes. And holding up sparklers. That would probably help. I could wear blinders like a horse.  Or just communicate via the internet where my friends can’t see that I’m descaling the coffee maker before I get back to them about their house burning down.

I have no idea how I have any friends at all. Thank you for tolerating me.
Posted by Elpoo at 14:24

Email ThisBlogThis!Share to TwitterShare to FacebookShare to Pinterest
Labels: Cicadas have knives?, eavesdropping, It's not good to strain your bowels, Oh my God I love cheese, you can't live with a hole in your heart