Are You More Nervous Than A Fifth Grader?

Well, yes, I am, thanks for asking.
I’ve mentioned - often - that I am of a delicate disposition. Most things upset me. I am easily thrown into a tizzy. I panic. I sweat. I worry to the point of exhaustion.
I am super super concerned about everything all the time. Other than my personal appearance, apparently.
But, yah, so I’m a scaredy-cat. Established.
I’m so tense that Brian and I had to stop watching Breaking Bad after the second season because I couldn’t handle the tension. Even if I went ahead and read an online episode guide so I knew what was going to happen - I’d still be freaked out by the non-stop, unrelenting dread and anxiety that the main character was enduring. Then I’d be awake all night trying to solve the fictional character’s problems. Including his cancer.
Not at all restful.
The same thing is starting to happen for me with The Walking Dead, the show with the most decaying flesh and sermons per capita on the idiot box these days. I have to leave the room if things are getting too intense (which is often). It’s not like I don’t know that there will be at least one gnarly zombie grabbing at a moderately loved character per episode.  I know it’s coming.  I can hear the scary music just like the rest of you. But I still crap my pants every time. 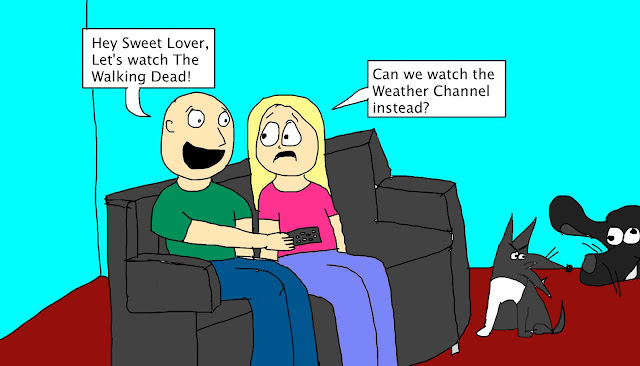 Ok, it's pretty much across the board ninny-dom. 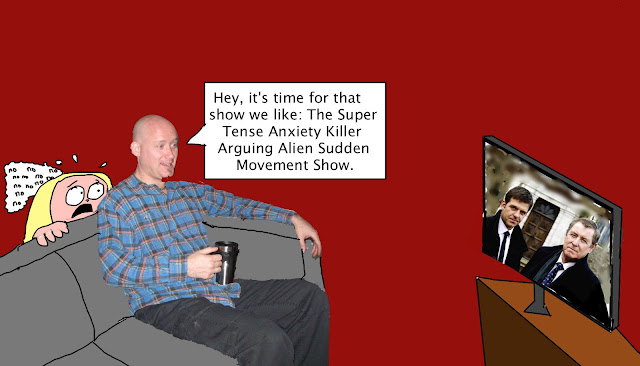 This is not new - I’ve been a scaredy-cat pants crapper all of my life.
When I was little and my mom would read stories to my brother and me, she’d have to read the mildest, most bland Teletubby type stories while I was in the room because anything more stimulating would send me into apoplexy. If I was all concerned about the well being of a character in a story book I’d get all saucer eyed and say “Duckies and Chickies” which meant I could only handle stories about duckies and chickies. And they could not be harmed or endangered or anything but coddled and snuggled by their mommies at any time. My poor brother. He had to wait to hear the sordid and thrilling adventures of Green Eggs and Ham, or Go Dogs Go. Too much mayhem for his vibrating, terrified little sister. 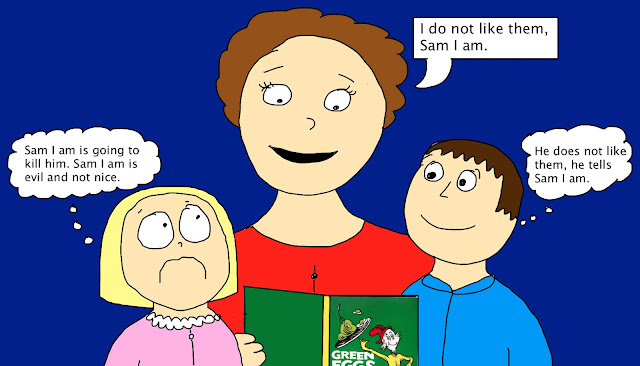 When I sort of grew up and was an adult, my mom, my brother and my niece and I went to our family cabin near The Pas, MB. It was not a fancy place, to put it mildly. Walls were basically just paper, and the ceilings were open to the roof, so you could hear a pin drop in the next room. My mother was reading to my then 10 year old niece a story called The Hatchet, about a young boy who gets stranded in the Canadian northern wilderness after a plane crash. The kid only has a hatchet to survive with, and he runs into all sorts of mayhem.
Ok, I had to ask my mom to keep her voice down while reading it because it was stressing me out too much. I was 35 years old. 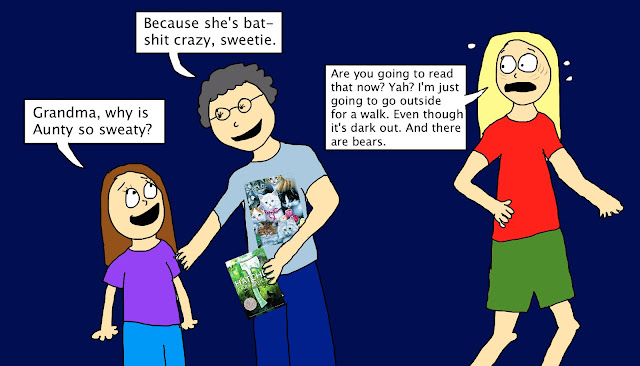 I was freaking out over a kid’s book. My 10 year old niece was nonplussed.
My inability to tolerate stress has been a joke in my family and a source of income for therapists nation wide. But this extreme sensitivity must be adaptive in some way. Maybe people like me will end up ruling the human race because we avoid conflict and danger so completely that no harm can befall us. Fewer lion maulings, sky diving mishaps, gardening accidents, twisted ankles while running from bears, fewer horror movie induced heart attacks - all means more nervous people to breed and take over the planet.
The totally meek and antsy will inherit the earth?
Makes sense.
Unfortunately, I have not had children. I failed to produce more psychologically fragile and nervous humans. I am afraid of childbirth. And children.
Once again, my plans for world domination are thwarted by my inability to handle anything beyond snuggly teddybears and cookies.
Unless the teddybears are evil and come to life. And the cookies are poison. 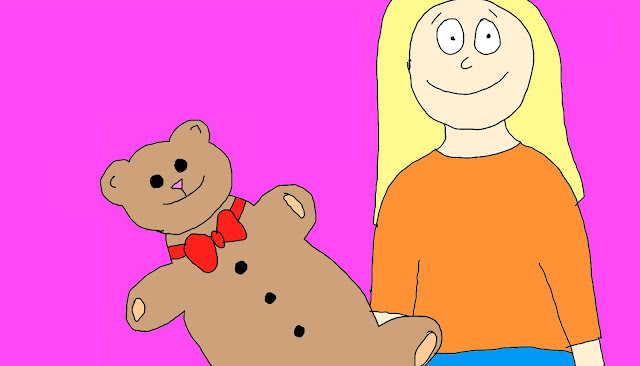 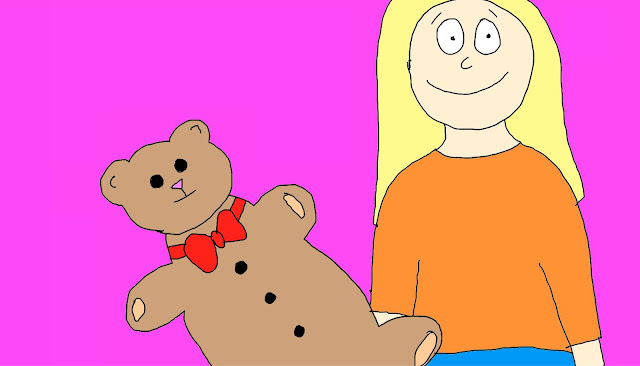 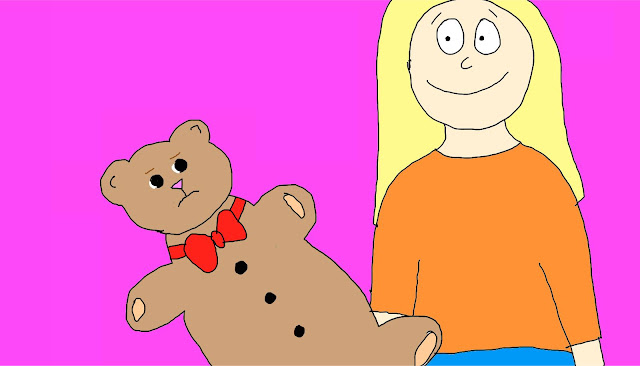 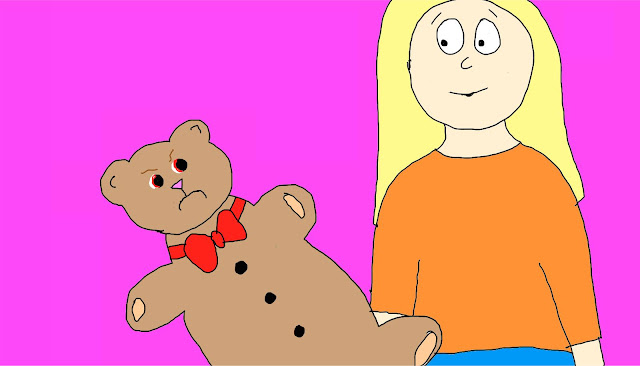 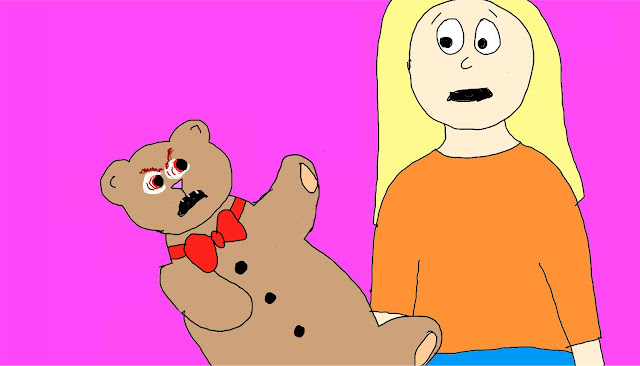 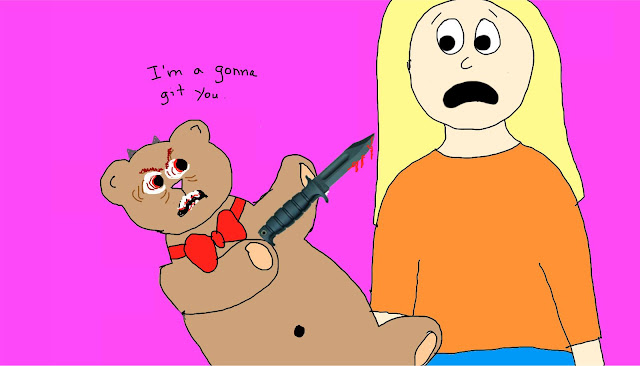 
PS. Just found THIS on the internet and it totally rounds up much of my frustration with Walking Dead. Spoiler alert.