I wouldn’t normally post about a dream I had, because I know that listening to other people’s dreams are boring, but mine aren’t, so... there you have it. Sucks to be you right now.
I dreamed last night that I was part of a huge project for which thousands of people had applied to take part. We all moved into a set-up town and were allowed to become whatever we were naturally inclined to be. It was a chance to start over, no expectations. This included personality.  We had been given extensive testing and were chosen for the project according to skills and basic inclinations that we already possessed, but weren’t bound to act on them. It was only to make sure that the community had enough people with a variety of skill sets so that we could make the town function without extensive re-training. I was part of the skill-set group called The Nurturers. We were the “Moms” of the group and we were housed in a horrible old rotting house.
We were not allowed to discuss the outside world, although we were free to go any time if we didn’t like the project. We could send and receive occasional emails from our real homes - so it was definitely not prison cut off from the real world. It was like we were playing a huge, sociological game.


I decided that I would be butch and of indeterminate sexuality, I’d wear big biker jackets and have great difficulty connecting to other people: The brooding mystery woman who no one really wants to know,  pushing possible friendships away with my gruff and harsh words. 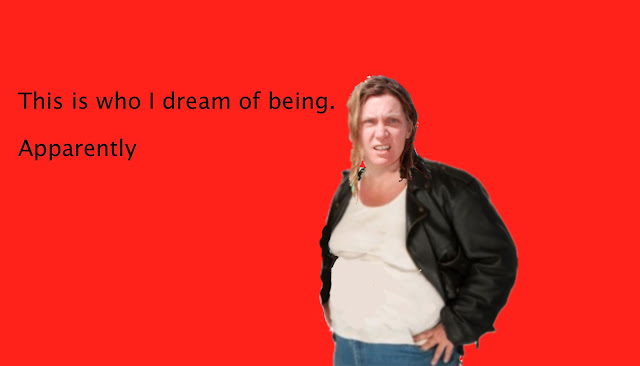 ***Note that I did not choose to become a society doyenne or the new society's definition of beautiful or Chief Needlepoint Officer. I chose to be an outsider with no social skills and low self esteem.***


In my dream, I chose this.


I had a crush on the leader of the “Hunter” group, a guy who looked a lot like Liev Schrieber. I didn’t stand a chance because the big club also had young pretty girls who weren’t socially awkward. 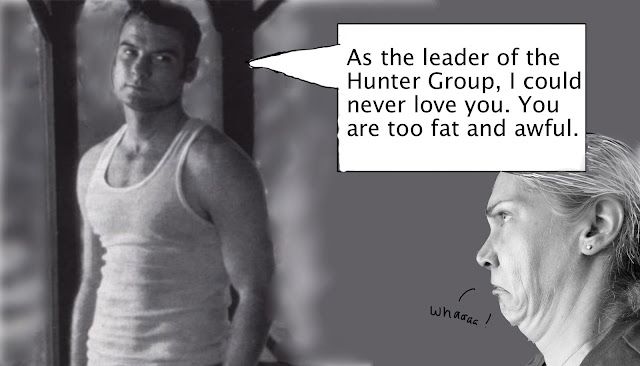 Everyone else seemed to be thriving and having fun. I was struggling because of the persona I had adopted. Duh. So eventually I thought I would start a garden at the side of our ramshackle house and make cookies for everyone. That was how I would contribute and win over the community. I was horribly lonely and sad, but knew I’d been given a "great opportunity" and wasn’t going to waste it. 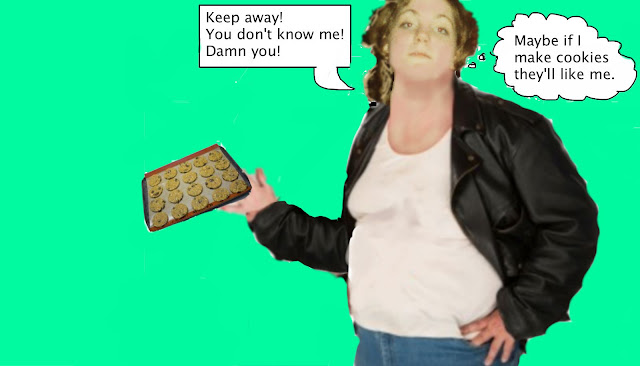 I have never had a dream where I’m super hot and am slow dancing with Joe Perry from Aerosmith. Never. 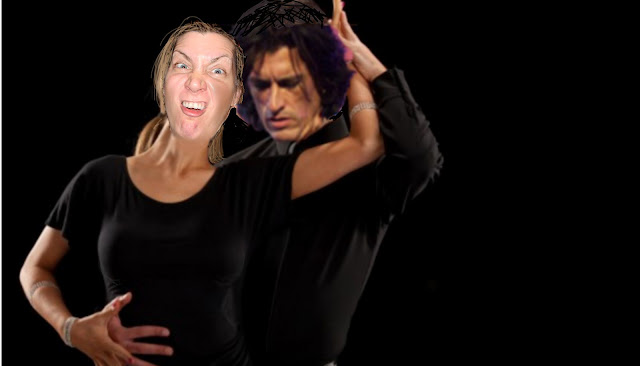 So what do you think? Is my subconscious telling me that I am really a socially deviant, conflicted lesbian with no style, with delusions that cookies solve everything, destined to live a lonely, friendless life planting a garden that no one wants, enduring all simply because I’ve been told it’s a “great opportunity”?


This is the exact opposite of what I want to be. The EXACT opposite. I want to be a socially adept woman (sexual orientation is not an issue, as long as I’m thin), who has impeccable fashion sense, sensible eating habits who does not force herself to do crap because others have told her that she must.

What if Oprah is right and dreams can come true? Then I'm totally screwed because even in my dreams I can't become what I want to be.

And what if nightmares come true? If my nightmares come true, than last night's dream will come true which turns in on itself like a swirling vortex of awfulness and irony. Or at least I think it's irony. I try not to use the words "irony" or "ironic" in case I'm mis-using them. Like Alanis did that time.

Email ThisBlogThis!Share to TwitterShare to FacebookShare to Pinterest
Labels: dreams, fat, Joe Perry, Liev Schrieber won't have me, nightmares, will bake for friendship