I Love you, Tina Fey 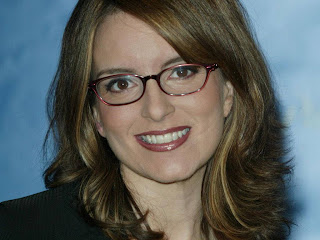 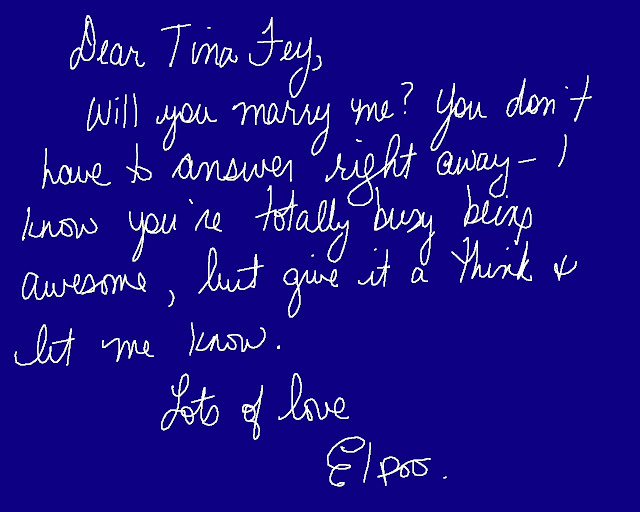 I am totally in love with Tina Fey. I know, I know, you think you love Tina Fey too. But you don’t. I mean, not as much as I do. I love her way more than you do, and I want to enter into a non-sexual civil union with her. We could do that because I live in Canada and she lives in NY – the two places on planet earth where non-sexual civil unions between humans, or between humans and animals (or humans and inanimate objects) are legal. Seriously - Google it. Canada and NYC are, basically, identical twins geopolitically.
While we might not get married, I do want to be her official BFF. Maybe there’s some official ceremony where people can publicly declare their BFF-ness to the world, and, you know, be bound together by law. It’s not like I NEED the piece of paper, it’s just the sentimental fool in me, I guess. 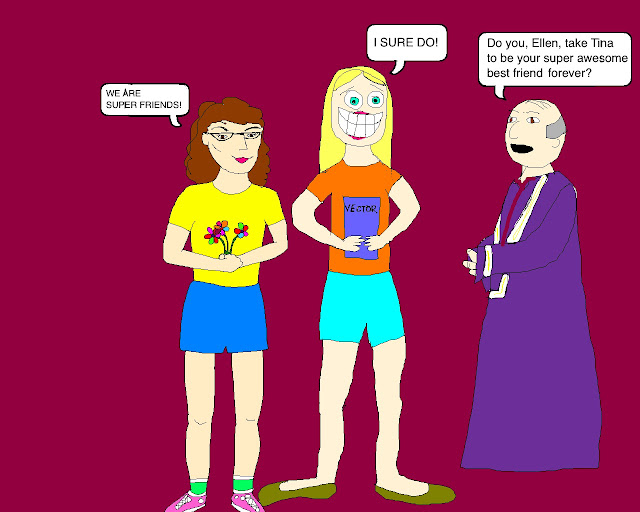 (Plus, I’d want to make it awkward for her to NOT be my BFF anymore. You know, she’d be all “Ellen and I just don’t click any more and I don’t think we can be BFF’s anymore, but there’d be so much paperwork, so I’ll just let it slide for awhile”.)
I picture us with our twin beds, wearing our matching pyjamas, reading dragon books into the wee hours (10pm). In the mornings we watch infomericals and eat Captain Crunch. 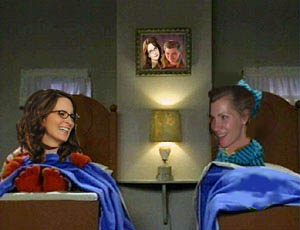 Or we could be totally casual together, just watching TV, catching up over coffee and flowers. 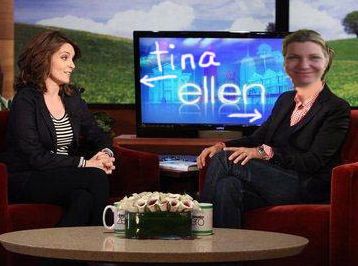 We will both have divorced our husbands and sent them off with (my) dog and (her) daughter. The men will cry bitter, bitter tears because they will have lost the loves of their lives and will be saddled with loud things that NEVER STOP WANTING STUFF! Tina and I will be conflicted, because we love our fellas, but we also know that we belong together, as BFF’s, the likes of which the world has never known. And with the men gone we can watch The Biggest Loser together while binging on ice cream and get teary without having to apologize for it.
Ok. Since that probably WON’T happen, I might propose that we buy houses right next door to each other and dig a tunnel connecting them. Both of our homes will have secret doors in bookcases that lead to the underground passageway. We could use the sidewalk outside, but that would be lame ass. 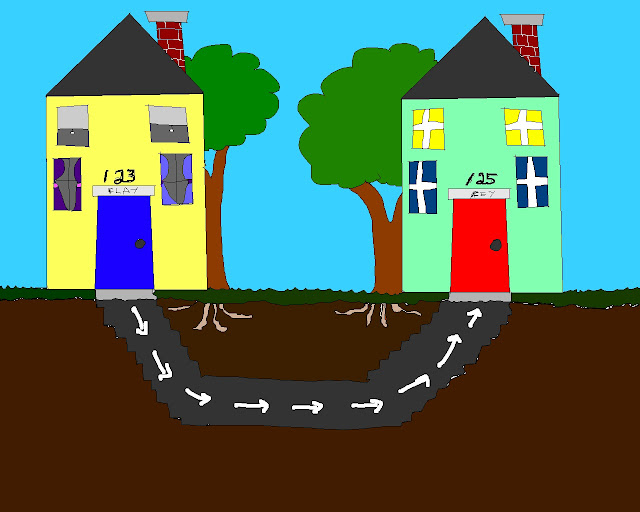 While Tina and I are off doing awesome stuff together, like riding lady bikes, crafting and finding the perfect matching pant suits, our husbands will stand around in tuxedos talking about how amazing their wives are. 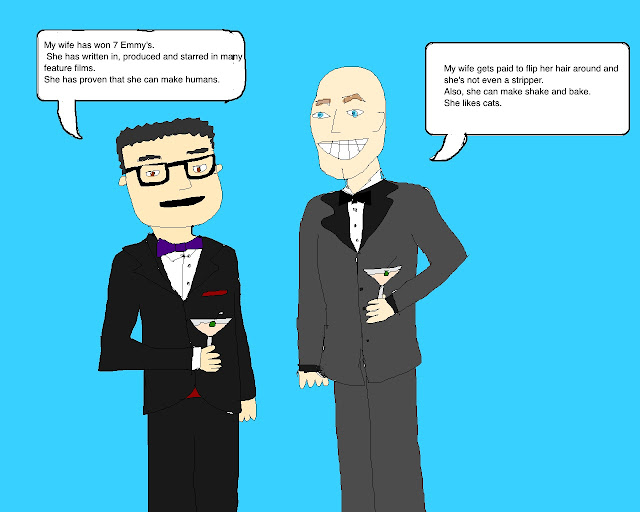 I was a late addition to the Tina Fey bandwagon – I never catch on to trends that are just starting up. I had no idea who she was until 30 Rock came on the air. And then it was – it was like I’d found a piece of my brain that had been missing for years BUT I DIDN’T KNOW IT UNTIL THAT MOMENT.
I since have purchased her book, Bossypants, on audiobook. I’m almost done. I’m savoring it. I’ve learned so much about my future Super-Friend that has convinced me that the only thing that would keep us apart are US Border officials and a restraining order. Here’s why Tina Fey and I belong together:
We both love Benedryl.
We both have issues with our eyebrows.
We both found social salvation in Drama groups
We both want people to like us, but not just like us, we want people to like us better than anyone else.
She had a job just outside of Chicago. I was raised just outside of Winnipeg, which is often referred to as “Canada’s Chicago”. Wow. I know.
We both understand about cheese.
I’ll bet she occasionally waves bye to her poops, too.
A part of me knows that I will, more than likely, have to live my whole life without become BFF's with Tina Fey. It is probably for the best, in a way. We'd end up fighting over silly things, like her liking her children and me liking things that she is allergic to. Plus, she'd probably cheat on me with Amy Poehler. Then I'd have to leave her. I'd leave her ass and totally become BFF's with Sarah Silverman.
Damn Tina Fey. Breaking my heart.
Posted by Elpoo at 11:22