Today, I write my blog on my husband’s computer. I don’t care for this. It’s not right in so many ways, even though it’s, basically, identical to mine. It just doesn’t have my stuff on it, you know. All my notes are on my computer, so I’m having to wing it today, and that could spell b-o-r-i-n-g for you.  No drawings. No videos.  Just blah blah freakin’ blah. Apologies all around. 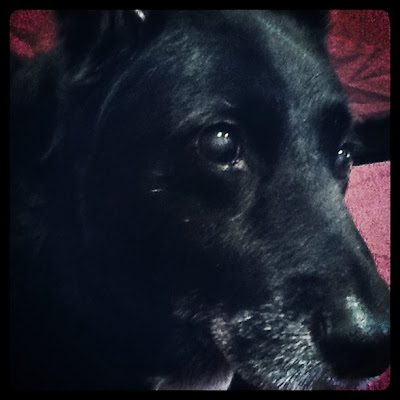 So, big news at the Reid-Flay estates: Our super old, falling down pathetic dog, Jack crossed over The Rainbow Bridge. This is nicey nice talk for “he died”. I’m not a particularly sentimental person, but that stupid Rainbow Bridge thing makes me weepy every single time. You know it’s the bit where people tell you that your dog (cat/mouse/budgie/husband) hasn’t died, he’s just gone over the Rainbow Bridge and when it’s your turn to go, he’ll be there waiting for you, as loyal as ever, with his favourite toy (squeaky bone./catnip mouse/PS-3) in his mouth. This is the kind of stuff that renders me al dente and has made Hallmark gazillions (The Jesus Christ of Latter Day Saints and certain Long-distance carriers also have capitalized on playing to the cry baby in all of us. I respond with more emotional gusto to advertising than I do to actual humanity). 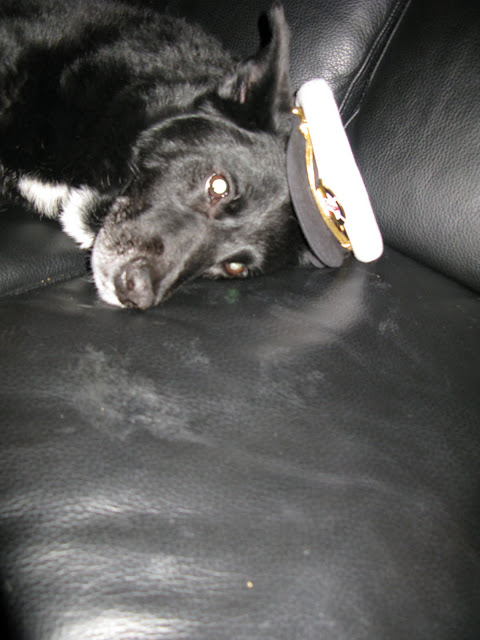 Brian rescued Jack from doggie death-row when Jack was about 5 or 6. He’d been tied up outside for most of the first years of his life (Jack, that is, although it might explain a few things if it was Brian I was talking about), and so the pooch came with a great deal of baggage. Brian was very patient with the dog, who was not housetrained, was terrified of the out doors and was prone to attacking everything (animate and inanimate). It took time, but Brian was able to train a veritable Tasmanian devil into a goofy, if unpredictable, buddy. 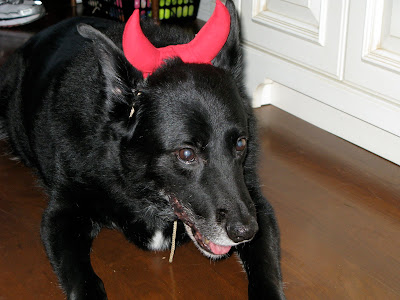 Jack could not tolerate children, vacuums, thunderstorms, other dogs, vegetables, air blowing on his face, and nature. He loved meat (yes, the maple kind), squeaky toys, his dog buddy, Scooby (RIP, Scooby-girl) and being with Brian. He was inexhaustibly ridiculous and entertaining.
We knew that he was on the clock for months, he had great difficulty going up and down the back steps to his yard toilet, had all sorts of mystery going on with his innards, and, in the last days, was becoming incontinent (and then falling in it). So, wasn’t a surprise or a snap decision to help Jack with his transition to Sainthood. We will miss the old bugger, but it was the right thing to do. 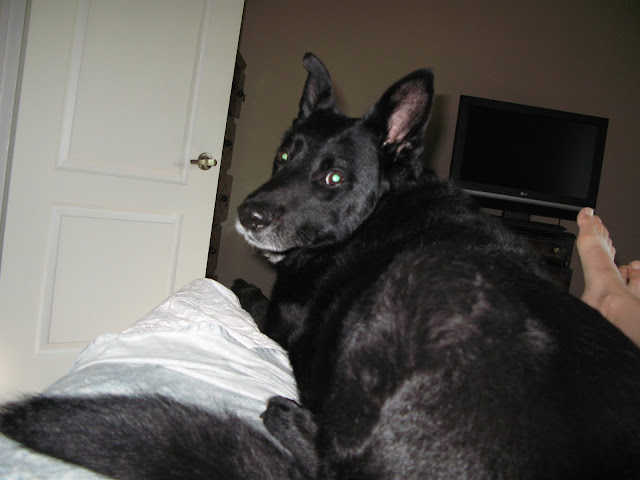 So I hope you will all join me in raising a handful of hotdogs and toast the life of our dear Jack. He may be gone, but his farts still linger. We salute you, Canine Weirdo. 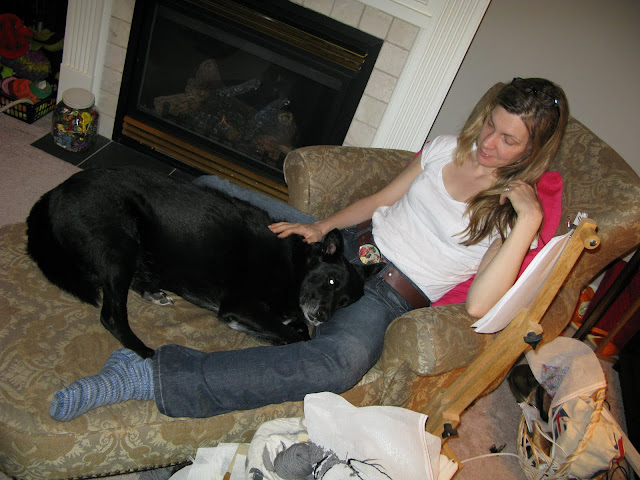