My friends will attest to the fact that I am not what one would call a “party animal”. I get uncomfortable if there are more than 6 people in a room and tend to leave social gatherings just as they are starting to get going.


I can only handle so much excitement, chips and pop. I am deathly afraid of vomiting, so over-indulging in drugs or alcohol is not high on my list of super fun things to do - to me it is a game of Russian Roulette: I might have a totally fun time, but there is a one in six chance that I will spend the rest of the evening hurling my guts into the gutter (is that why they call it the “gutter”?).  I do not like those odds, so I choose not to play.


As far as “drugs” go, I don’t necessarily have a moral issue with them. You want to mess with yourself, go ahead, just make sure you have the social, financial and medical supports in place to care for yourself after you’ve turned yourself into a total mess.
Of course I know it’s more complicated that that and there are a myriad social forces at play when someone becomes an addict, but this is not a blog about those people from all walks of life whom I am not better than but perhaps more nervous.  No. This blog is about me and how shiny I am.
Anyhoo.
So, not big on the drugs myself - and I include alcohol under that canopy. And as I say, not a moral thing, I am personally just unable to handle altered states of any kind.
So you can imagine my chagrin when my mother found this scrap of paper in the bottom of one of her file folders in a storage box at her place: 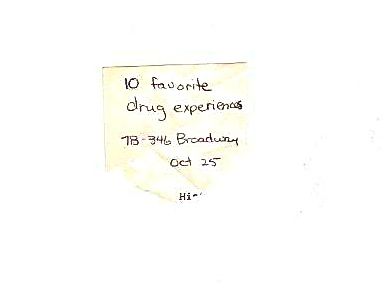 It is definitely my hand writing (and spelling), and I definitely lived at that address. I have absolutely NO recollection of having a super positive drug experience on Oct 25 while living at that address. Or any address. Let alone 10 Drug Experiences. Does Gravol count?  Maybe it was so awesome that I’ve blanked it out? Maybe I was writing under duress - gun pointed to my head, crazed prison escapee screaming “DO IT! Write that you had a positive drug experience, bitch! NOW”!  Was I writing a play based not on my life?
It is a total mystery to me.
Of course, my mother doesn’t believe me.
She figures because I was in a folk rock band that I was doing all sorts of crazy drugs and partying late into the night ALL THE TIME.
Yep. Me and Nana Mouskouri coked out of our heads and singing Guten Morgen Sonnenschein, or some such, at an after hours club in Berlin. 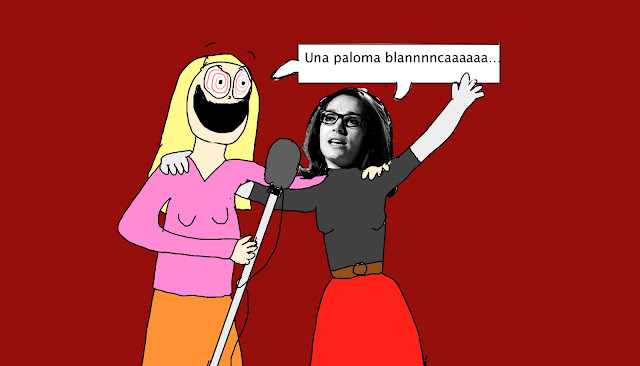 I’ve never done coke. The last thing an anxiety ridden hypochondriac needs is cocaine. I can't speak for Nana, but I kinda doubt she's a coke head. Not sure why.


And I heard that heroin makes you throw up, and, as I’ve mentioned, that’s the worst thing in the world to me. No appeal.  So the only needle I do is needlepoint.


You were waiting for that one, weren’t you?
I’m not good with any controlled substances. Here’s what I look like when I have imbibed even at the most innocent, mild level: 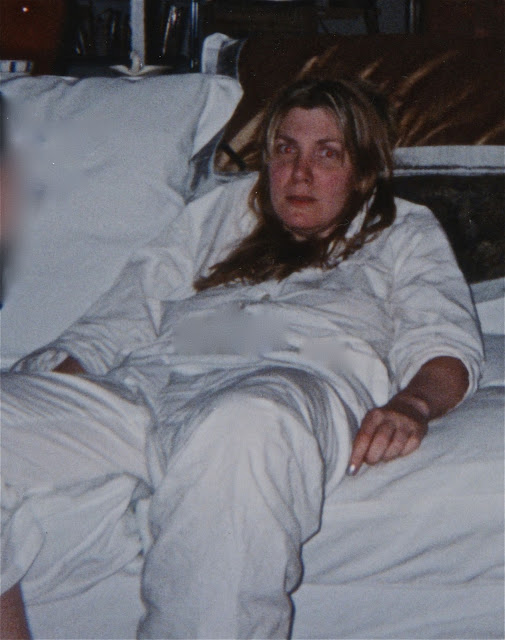 Not good. Neck sinks into chest. Get tired and depressed (but first I do aerobics in my pyjamas in front of my huge picture window. Yet another reason I do not indulge).
Or, I spend 2 hours laughing at how far away from my head my feet are. And then I get tired and depressed. 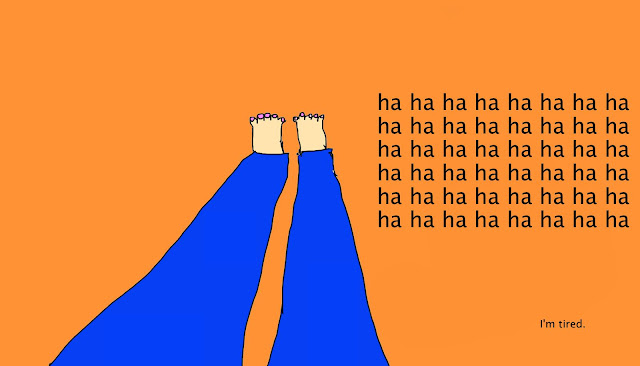 So, yah. Not into drugs or booze much. I do, however, LOVE money. And this got me into a pickle on one occasion. A friend who was tired of my goodie goodie-ness said they would pay me $100 American dollars (back when there was a significant difference between Cdn and US dollars) to get super wasted. I agreed, because, as I say, I was/am totally into money. Sadly, I forgot that we were taping a TV show that day. So there I was, on stage, being filmed, forcing myself to focus on playing my parts when all I really wanted to do was be alone and try to keep my neck from sinking into my chest. The show’s producer kept asking our tour manager if I was alright. Everyone was having a good laugh. 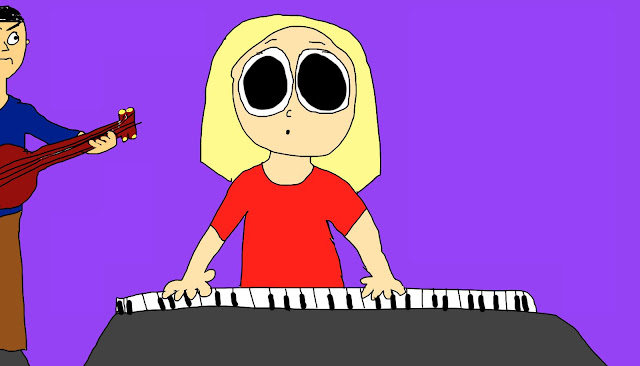 Later, my friend had to pay up and tried to pay me in Canadian dollars. I was having none of it and made a huge fuss until I was compensated, fully, in American money. So disgruntled was my friend that I was then offered $30,000 AMERICAN DOLLARS to get hammered every day for a month.
I declined.
And I REALLY love money, so you can understand.
So, dear dear Mom, please be reassured that I am still a goodie goodie two shoes and that I don't judge you for doing so much meth. I would like some money, though.

Email ThisBlogThis!Share to TwitterShare to FacebookShare to Pinterest
Labels: alcohol, cocaine, drugs, I get nervous at parties., mom, Nana Mouskouri, scared of vomiting, things my mom finds in her storage room