Oh Em Gee, I have to write a blog for tomorrow, but I’m going out tonight to a stitch and bitch and I have to walk Sam and finish cleaning up around here, and oh the humanity.
So what to write about? Nothing. I’m just going to leave you with some random crap because I’m far too busy doing absolutely nothing to write anything useful or amusing.
I apologize if I bore you.
When I was very young I was terrified of a character I saw on a Huckleberry Hound cartoon. 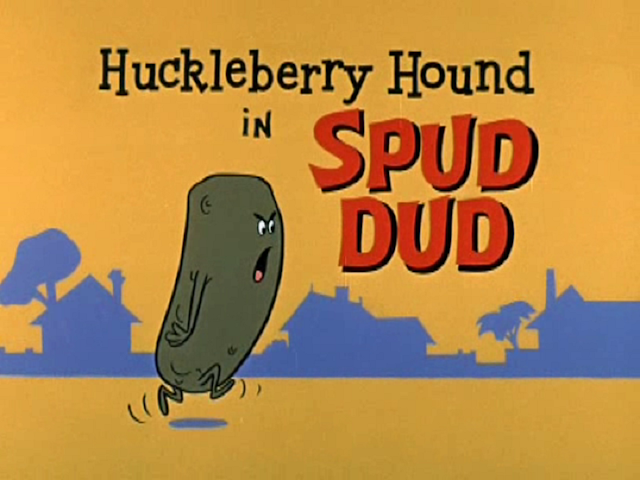 I can’t remember the story line. I think it was a big potato or sausage or something. In my memory, it is bright red. I did have a nightmare about it, but I don’t think I got much sympathy when I went to my parents’ bedroom and said “Mommy, Daddy, I had a bad dream about a huge Sausage Monster who was trying to kill me”.
I called with the same complaint as an adult and the awkward silence from my parents was almost as uncomfortable as the silence between myself and the guy lying next to me.
To this day, I’ve drawn this character over and over again as a representation of scary evil. 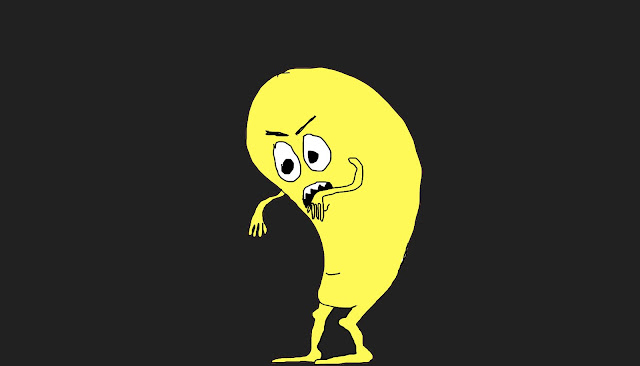 I can see that it’s not bright red. It’s bright yellow. Sometimes the truth is too scary.

I took Italian lessons from Berlitz for 3 months in 1995. I remember nothing. My teacher’s name was Nick and he wore a bugs bunny tie on several occasions. We would chat in painfully slow Italian back and forth, mostly about train stations, shopping and how much I loved bagels. I had pretensions of living in Italy. I still do. 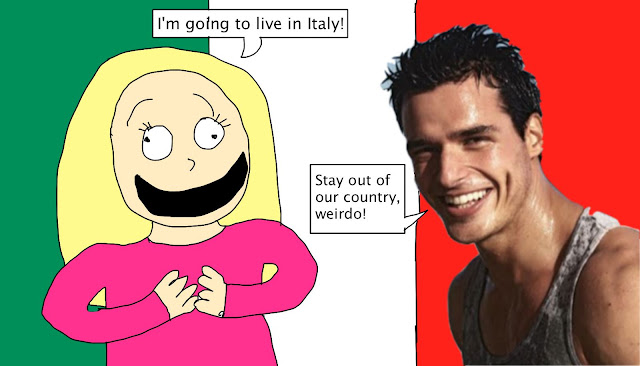 I get up to pee a minimum of 3 times at night. Between 10pm and 6am. Three times. Small bladder. When we were on our way to Cuba a couple weeks ago, I went to the bathroom on the plane 6 times. Everytime I went I counted it out for the flight attendant. She looked at me wide eyed and horrified each time, but eventually laughed. She touched her own hair pretty much compulsively, ate a red pepper like an apple (I do that, too, so you'd think she would have liked me better) and she was reading a TOTAL bodice ripper.  The other flight attendant did not find me funny at all and said things like “Too Much Information” and held up his hand as if that was going to stop me in any way. Don’t people realize that not finding me funny is only going to make me try harder and harder? It’s safest just to laugh politely and then I’ll be satisfied and the awkwardness can stop. 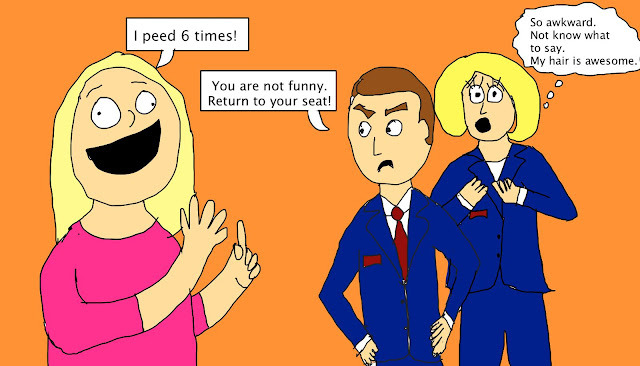 But seriously, I peed 6 times in a three and a half hour period.


I believe that I have a nose that is made out of elastic bands. Elastic bands formed into the shape of a potato. On my face. It is extremely flexible, but that isn't necessarily a good thing. 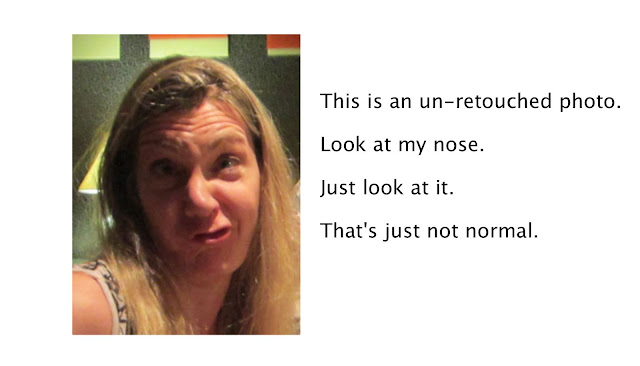 And I can’t help but wonder why there is only ONE FARM in the entire United States that is habitable on the show Walking Dead.

Surely there’s a farm next door, or down the road a ways. If you don’t watch the show, I’m not going to explain. Just understand that there are a lot of questions that need answering about THAT particular post apocalyptic society.
Ok, I have to go walk the dog now and then get ready to go to my stitch and bitch. Thanks for taking the time to read. Have a nice day. Be careful. Have two pieces of fruit and don’t worry, you look fabulous!
Posted by Elpoo at 07:48