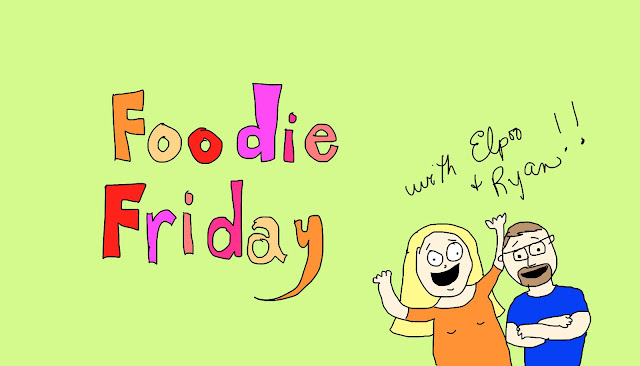 There is kind of a glut of recipes for vegan chocolate cupcakes. It's like the lawyer of the vegan baked goods world. There might actually be too many.  Still, when you need a lawyer or a cupcake, you usually need one RIGHT AWAY and don't care it's charging you $400 an hour/400 calories a serving.

But if I'm going to fit in in the vegan world, I know I have to do a few things: avoid animal products; float 2 inches off the ground at all times; and make a good vegan cupcake.

I love baking. I mean, I really love it. But cupcakes have never been my forte. So I turned to my friend Ryan, who you all know and love, because he is our circle's go-to baker for cupcakes and for high end baked delights. He has his own food blog which we are all imploring him to get back to. After begging him and promising not to draw any embarrassing portrait of him, Ryan consented to help me with this week's post - for Vegan Chocolate Cupcakes with Chocolate frosting.

The original recipe is found at this site, but we made several changes.

But before we could embark on our morning of baking, as every vegan knows, it is important to align your Chakras before you start. If your Chakas are out of balance, your cupcakes will fail and butterflies will die and the Euro will plunge further.

So we aligned our Chakas.

Ryan is more of a purist than am I when it comes to baking - he sources out the best ingredients, 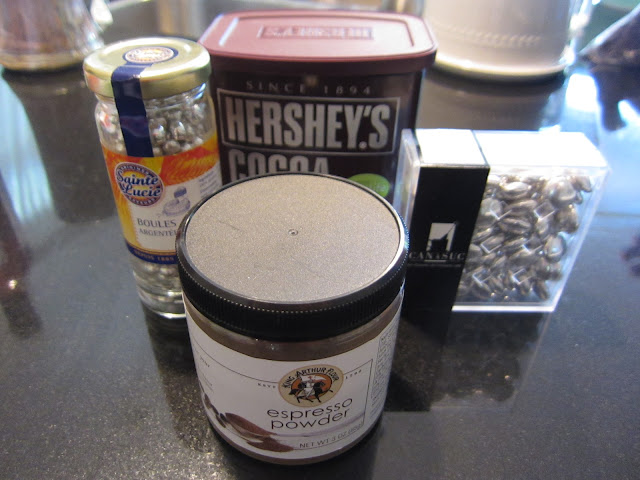 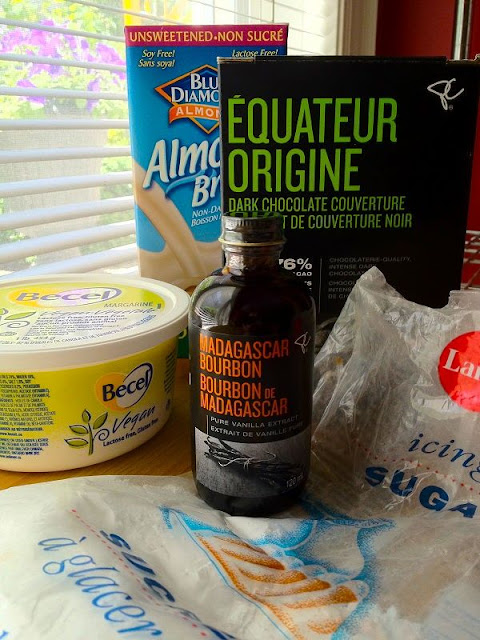 sifts his dry ingredients, and weighs them rather than just scooping them up slap dash in the measuring cups like I do. 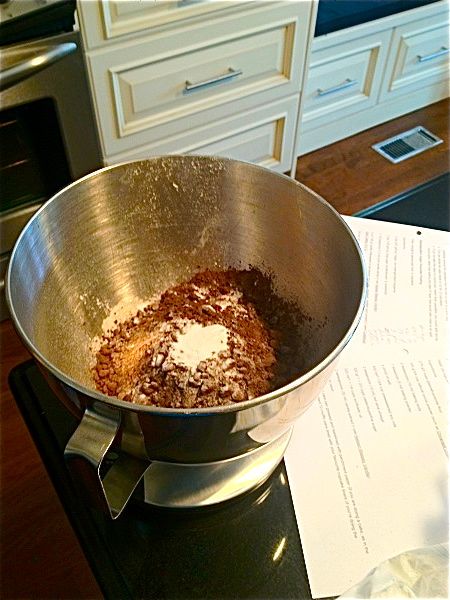 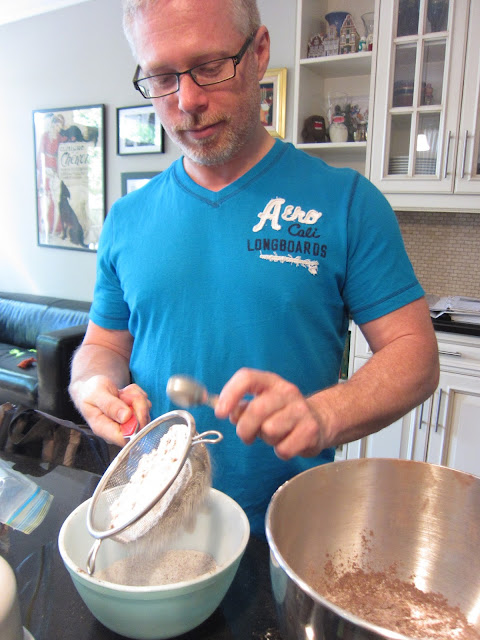 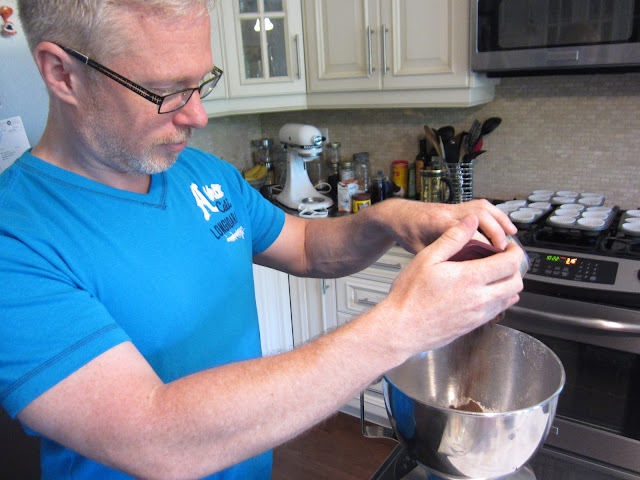 He even did research to ensure that the icing sugar we were using was vegan. Lantic icing sugar IS vegan. Redpath sugar is NOT vegan. Ryan says, "you're welcome". 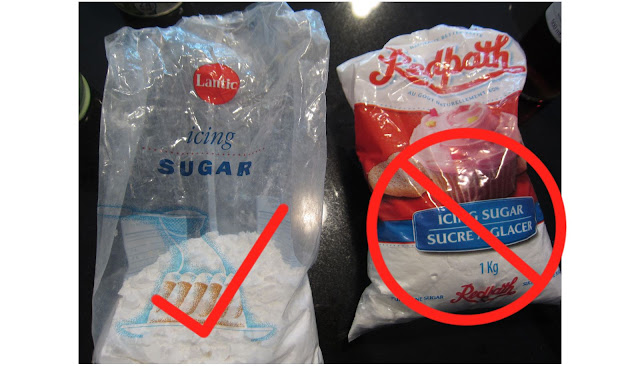 UPDATE (SEPT 8, 2012). I HAVE LEARNED THAT REDPATH SUGAR IS VEGAN. LANTIC SUGAR IS ALSO VEGAN, BUT IT'S SISTER COMPANY, ROGER'S SUGAR, USES BONE CHAR IN ITS FILERING PROCESS, SO ROGERS SUGAR = BAD, REDPATH IS GOOD.

Here is the recipe as adapted by Ryan and Elpoo:

1. Preheat the oven to 325 F. Line 24 muffin tin cups with paper liners.
2. Sift twice, the flour, cocoa powder, baking soda, baking powder and salt in a large  bowl.
3. In a separate bowl, whisk together the almond milk, vinegar, sugar, oil and vanilla extract. Pour into the flour mixture and stir until well combined.
Spoon the mixture into the prepared cupcake pans about 1/2 full,  and bake in the preheated oven for 40-55 minutes. 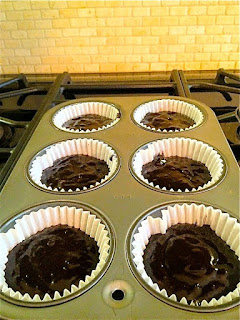 A wooden skewer inserted in the middle should come out with almost no crumbs attached, and the middle of the cake, when pressed, should spring back slightly instead of sink. Bake for an additional 5-10 minutes if necessary.
5. Remove from the oven and let cool in the pan for 10 minutes. Slide a table knife all around the edge to loosen the cake, then remove from the pan. Transfer to a wire rack to cool for 1 hour
They will be VERY moist. So be careful if you take off the paper wrappers. It's better to leave them on, actually. You could refrigerate the cooled cupcakes for a bit to firm them up before frosting them. 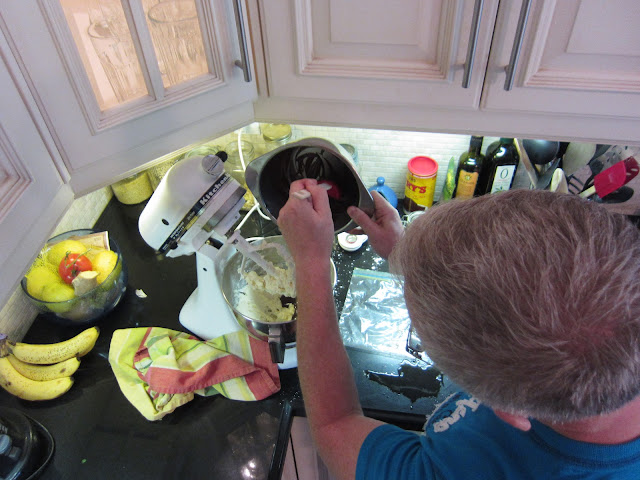 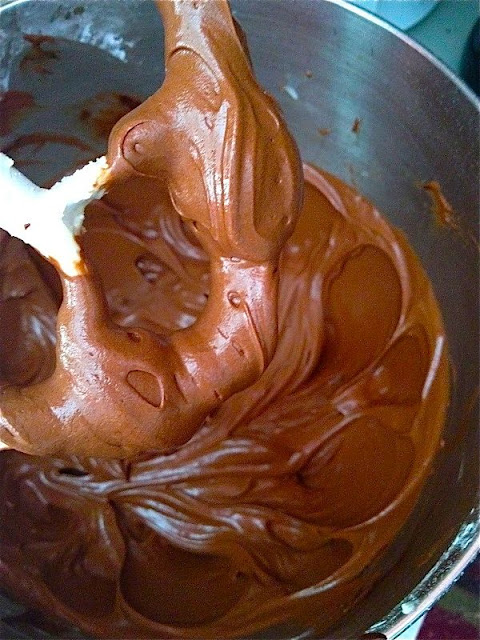 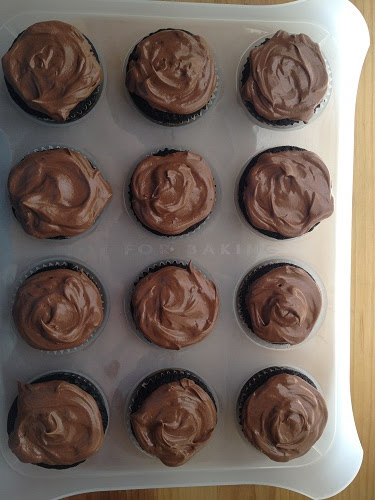 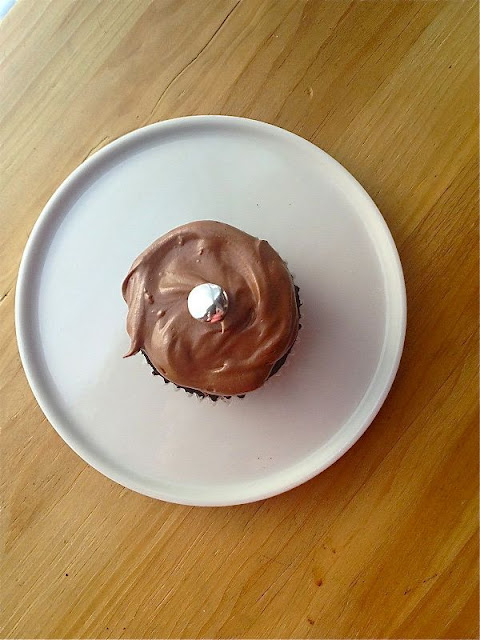 
Full disclosure time. The first time we made this, the cupcakes turned out great. Super moist and dark, almost black. But the frosting was a disaster.


Not wanting to waste all the time and ingredients, Ryan whipped up a new batch of vegan frosting when he got home so he could take the cupcakes to a barbecue without losing his King of Cupcakes status.

We couldn't figure out why the icing failed so epically. We may have beaten the margarine and sugar too long. Was it because our Chakas were not really aligned? As a vegan, was I not being strident enough? In the end, we decided that it was most likely because instead of using a good quality chocolate to melt and use in the icing, we just used an old Easter Bunny broken up and melted down.

What were we thinking? How could I use an innocent chocolate bunny in this, this what was supposed to be VEGAN! I'll never harm another animal shaped food again. Serves me right. I have been chastised.

Now I have to go and put tiny razor cuts in my leg and sit in a bath tub full of vinegar. Because that's what vegans do when they know they've been bad.


Anyhooo, have a good weekend. Save the bunnies.