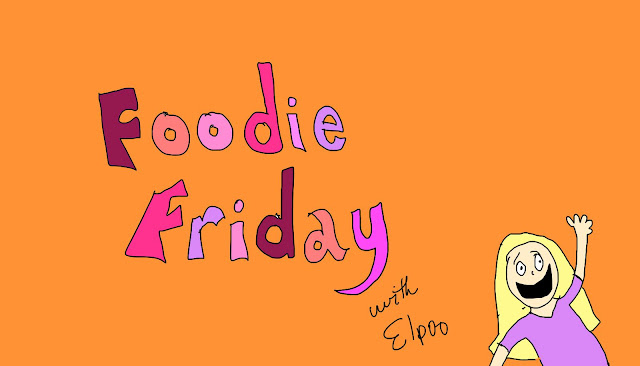 What do Weight Watchers and Madonna have in common? Both are over 50 and are in great shape.

Both come from humble beginnings. Both are highly successful businesses. Both must continually reinvent themselves in order to remain fresh and relevant. 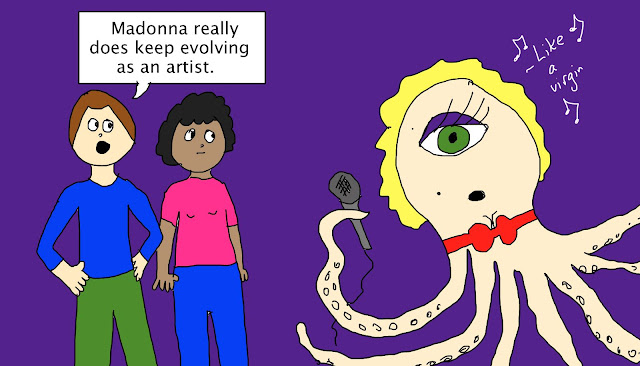 While I’ve been on Weight Watchers 3 times (and I’ve only met one person who was on Madonna once), I gained 5 pounds each time. My friend gained an excellent party ice-breaker topic. Granted I gained weight because I didn’t follow the plan. It’s pretty sensible stuff. Healthy diet. Portion control. Moderate exercise. Nothing new here. Yet they come out with a new system every year! Calories, then points, then flex points. Soon it will be buttons. 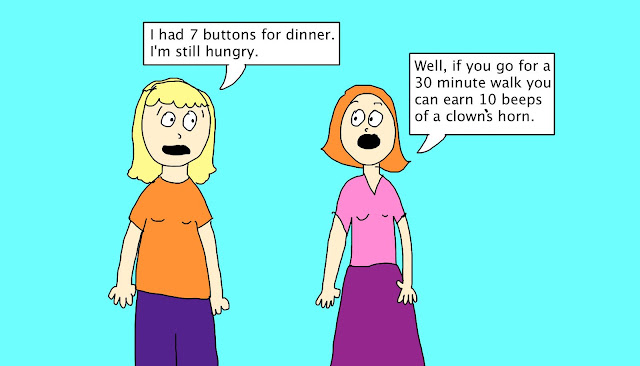 I’ll bet Madonna is hungry, too. And instead of points of flexpoints or what have you, each year Madonna is New and Improved! Now with more Sinew. Next year it will be, Less Music, More Nipples.


Every January Weight Watchers has to be New Improved Fresh Shiny. With every new album, Madonna has to be sexier and more grizzly looking. But really, it’s the same old thing, isn’t it? What they really should do is jazz up the supports components of the program, which is, after all, really what makes Weight Watchers work, and what makes Weight Watchers so much money. Anyone can buy a diet book and be done with it. But it’s those meetings, those weekly talks and visits and the accountability (complete with victory dances or shame slumps) that makes the program a lasting affair. It’s why AA works for so many people. And church.


And Madonna should have a nice big sandwich. Looking the way she does at 50-something.... it’s just creepy. Don’t get me wrong. People need to eat right and exercise. But if I had to choose between looking like Madonna and being 10 pounds overweight... well, call me fatty and pass the stretch pants. I shouldn’t be critical because Madonna might very well say to me, “Ellen Reid, you should just not eat a sandwich and maybe get some exercise”, and she’d be quite right. But, in my humble opinion, in terms of aging, me thinks the lady doth protest too much.


I mean, what the hell will happen to her psyche when she can no longer hold herself together with bits of plastic and fishnet stockings and Kabala bracelets? Or is she still in to that? Can’t keep up. Stop, Madonna. Before you have your name used as a DSM diagnosis.


As this is a Foodie Friday, let’s talk about the food on Weight Watchers first, shall we?


Everyone has seen these things on the Internets, right? If not, here they are for your trip down diet memory lane: 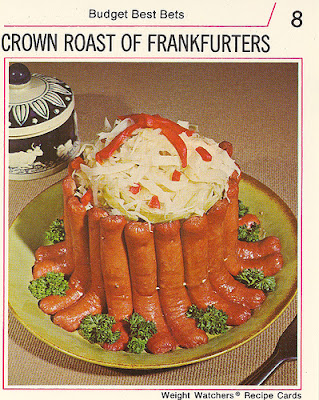 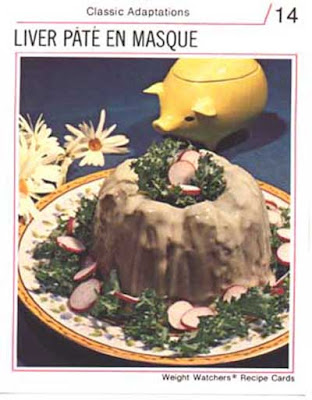 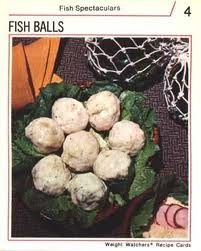 My mom has made her Weight Watcher’s Soup ever since I can remember. She’s been very successful with the program. I think I probably went straight from breast milk to Weight watcher’s soup. And then off to Cheerios and then Vector. And then crack cocaine. So really, breast milk is a slippery slope, isn’t it?

The thing about the soup is that you could, according to the WW plan, have as much as you wanted. Weight Watchers clearly had not met with me and my appetite. When I was younger, mom made this soup, as per the recipe, with cabbage. I wasn’t having any of it. Later, mom capitulated and replaced the cabbage with more friendly vegetables like sugar snap peas. Anyway, blah bah blah. Here’s the recipe.


1. In a large saucepan sprayed with non-stick cooking spray, saute the carrot, onions and garlic over low heat until softened - about 5 minutes

* If using canned broth you might want to add a little extra water with some  dried boullion powder if you need more liquid.

On my most recent visit to see my Mom, she made a big batch of the soup using vegetable broth, to accommodate my recent adoption of a vegan diet. Isn’t she swell? I probably could even handle cabbage in it now, although I doubt anyone else would be able to handle the implications of feeding cabbage to me.


And just like the soup, you can have as much Madonna as you want, all day long. If she makes you dance, you can probably earn a few WW points.