I worry about Harry Belafonte.
I shouldn't, really. I mean he's in his 80's and has done just fine so far without my stressing out. He looks damn fine, too, and yes, I would "tap" that. 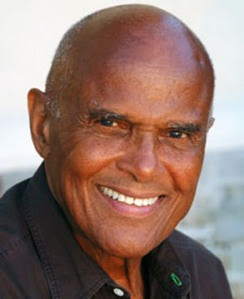 Can women "tap that"? I'm never sure of what the young people mean anymore with their crazy phrases and their hip hop pants and their iPhones. Maybe I'm just old, but really, wouldn't you way way way rather have sex with Harry Belafonte who is 85, rather than with Justin Beiber, who is 18 and would be, according to science legend, at his sexual prime? I imagine Harry would be like a smooth gentleman James Bond and Justin would be like a pink and purple cartoon creature giggling the whole time. 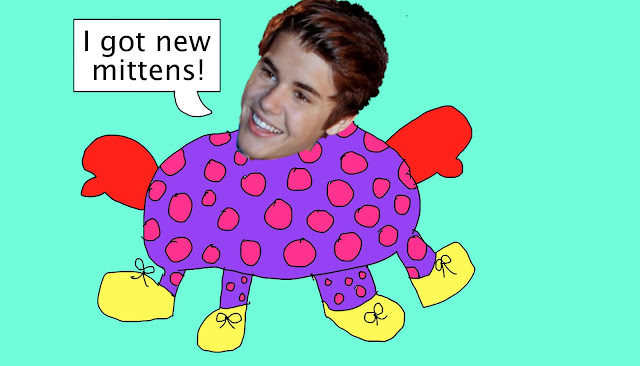 Lets sit with those images for awhile, shall we?
Anyway. back to Harry Belafonte.
One of the things I loved best when I was a kid was when my mom and dad would let me fall asleep in their bed (I would magically end up in my own bed in the morning. I know. Freaky!). They'd tuck me in their bed, put on their reel-to reel tape of Harry Belafonte's Greatest Hits" or The Kingston Trio or “Hits of ’68” and they'd leave me to fall asleep while they went back to their tv shows, their mortgages and their trying to invent meth.
I don't know why it was easier to fall asleep alone in my parents' bedroom than it would have been to fall asleep alone in my own bedroom. Being four years old is complicated.
I thought the story in "Scarlet Ribbons" was true and if I prayed hard enough I could get scarlet ribbons (or the Barbie Dream Cottage), too. Worked for Harry. Worked for me too, as it turned out.

My parents took me to a Harry Belafonte concert in Winnipeg. I was thrilled. He sang the "There's a hole in the bucket" song, of which I was a major fan. These days if a kid liked a song with that title, it would mean an entirely different thing. And it would involve sparks flying from someone's bra (is this supposed to be sexy? It looks like 3rd degree burnt nipples to me).
Harry always toured with an opening act - someone he believed in and wanted to support. I am pretty sure that his opening act was Miriam Makeba, but my mom would probably remember better.
Plus he was on the Muppet Show. This means he is a God unto me.

So why am I worried about Harry?
I’m afraid that Harry and artists/people like him will be attacked and mauled by creatures like this: 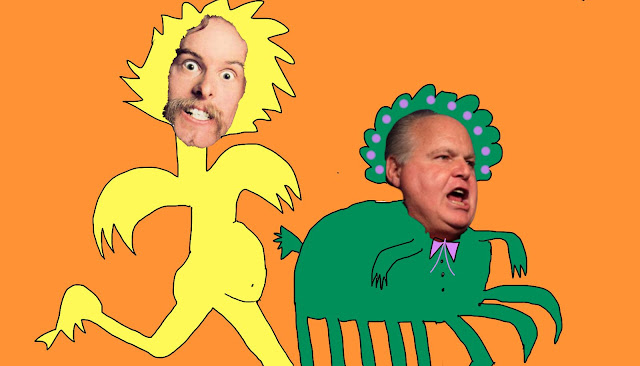 A talented musician, outspoken activist and humanitarian, Harry Belafonte has always stood up for his beliefs.
Plus his buttery voice is like valium for me.

Thanks Harry. Take care of yourself.


Maybe I'll send someone to watch over you. 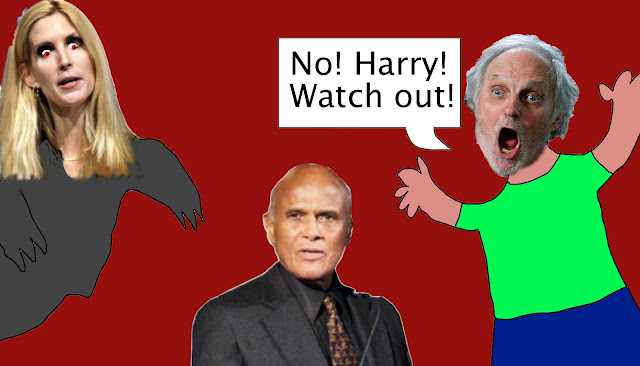