First of all, I really want to thank you for reading my blog.  Many of you have been coerced into popping by, and I want you to know that your “hit” means a great deal to me. Without continual validation from strangers…. Well, I fade into a grey mist of despair and resignation. I need you. You feed me. Me and my rampant narcissism. 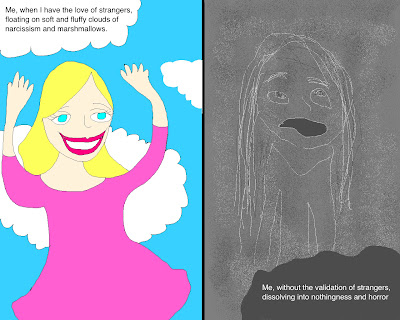 It’s kind of like the internet version of low-speaking. Low speakers force you to pay close attention to what they are saying because you have to strain to hear their whispery voices. It’s a little manipulative, don’t you think? 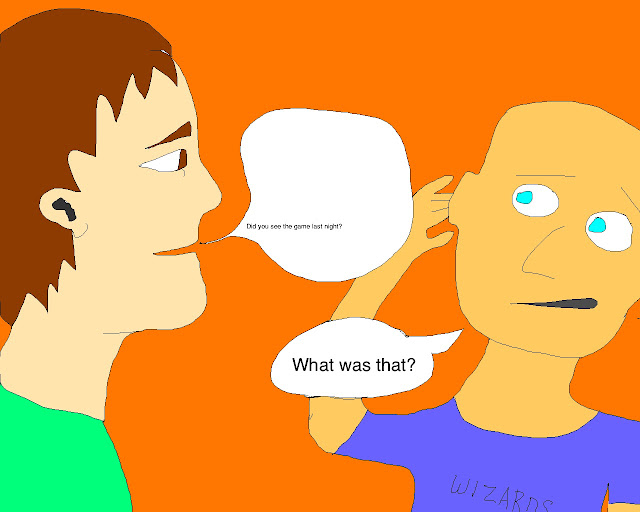 Well, I guess, then, I’m manipulative, too.
Please follow my blog. I’m begging you. Click on the follow button and sign up.
You can make all the difference.
I have always tried to make people like me. Often against their will. I will give you gifts you neither asked for nor wanted. But you’ll be obligated to thank me. 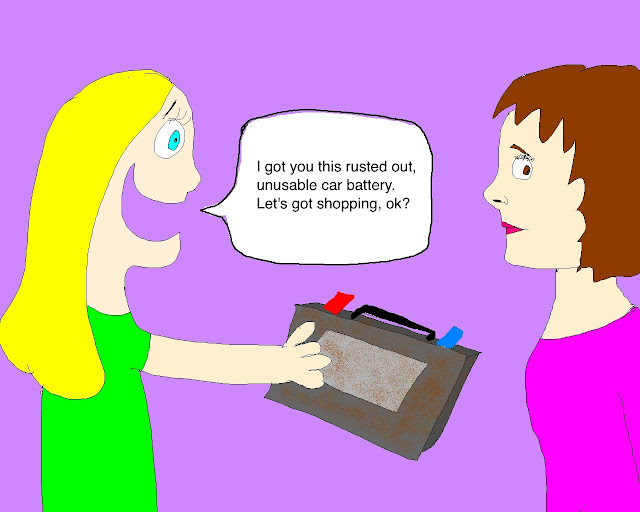 I will hammer myself into your life until you have no choice but to refer to me as “a friend” if my name should come up in polite (or otherwise) conversation.
I did this with my friend Karen. She was in grade 4 and I was in grade 3 when she moved on to my street. I would wait for her outside her class to walk home with her. She did not want to walk home with some fat 8 year old. She looked, to me, like the heroine out of a Prairie Settler story for pre-teen girls. She had freckles. 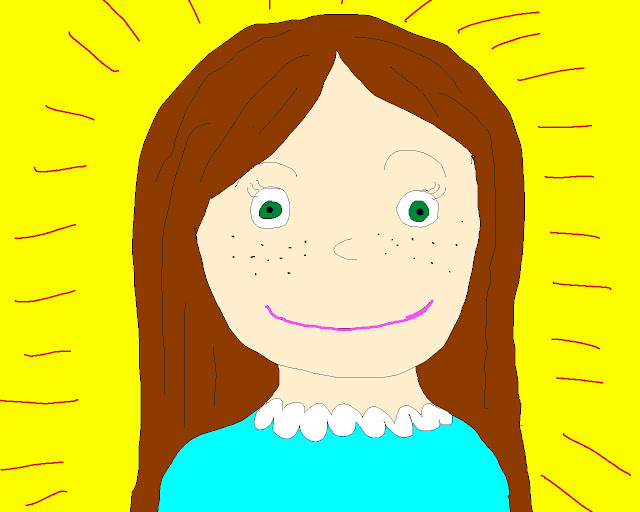 I weaseled my way into her life.  It took a solid year of doing what is now known as stalking, but in the end, she caved.
Eventually we became best friends. But I was totally, totally her minion. She used to make me drag her around, literally. She’d make herself a dead weight and say “drag me”. And I would. She’d bribe me with popsicles because I was a fatty and was willing to humiliate myself for food.
She had/has the most insanely neat, yet, strangely, illegible handwriting. All loopy but slanting backwards. 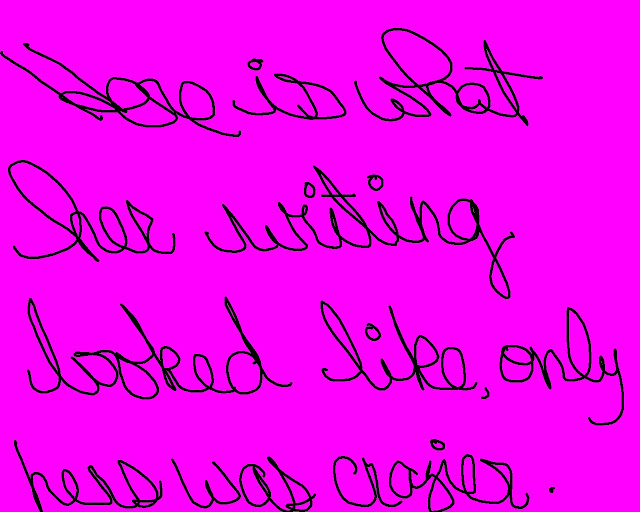 We spent a summer chasing rabbits through her neighbour’s yard. I found this incredibly boring, but pretty much was her slave and so followed her around, praying for rabbits and potato chips.  Her neighbour told Karen’s mom that there were “big man footprints” all through her garden. Those would be mine, thank you. 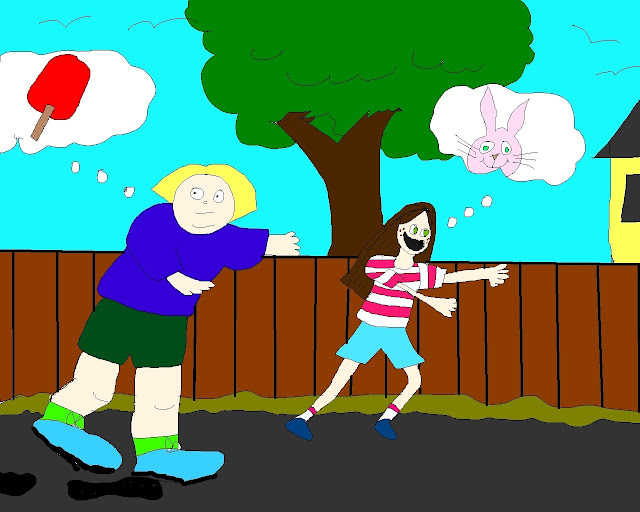 Later, in high school she would bring me to parties with people who so clearly and plainly despised me. I tried to fit in, by drinking a little, but only got nauseus after drinking 2 beer and felt panicky. Her new friends were not impressed. I was an outsider, but not in the cool, James Dean way. More like the dorky, kid-who-eats-glue kind of outsider. 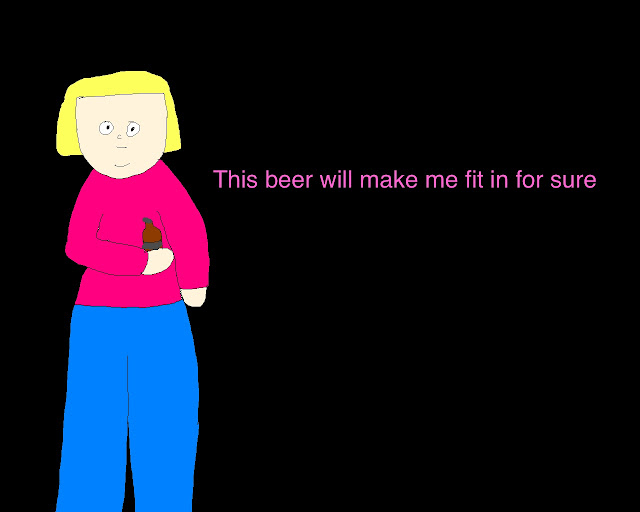 If she was upset about something and called me I would drop everything and run the 4 blocks to her house (we’d moved off Karen’s street a few years earlier). I was a pork pie, remember, so running was A VERY BIG DEAL.
I’ve been friends with Karen for 37 years. I still think she’s awesome, but for different reasons. We live in different parts of the world, but when we do get together, it’s like no time has passed at all. I don’t have to drag her anymore. Well, not as much.
Many, many years later, Karen would say to me, “You were a weird kid, Elpoo, but you were a good friend”.
I would chase a million rabbits through a million gardens for this.
So too for you, dear reader. Again, thank you. 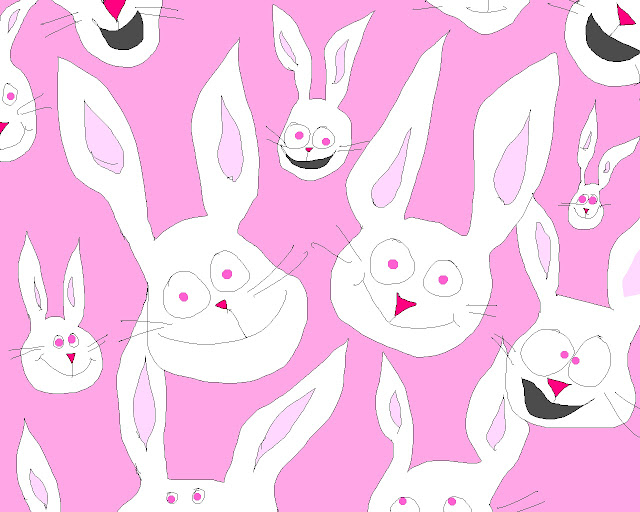 Email ThisBlogThis!Share to TwitterShare to FacebookShare to Pinterest
Labels: follow my blog, friendship, manipulating people into liking me