I might have been a concert pianist if not for a talent threshold and a traumatic experience with music education. 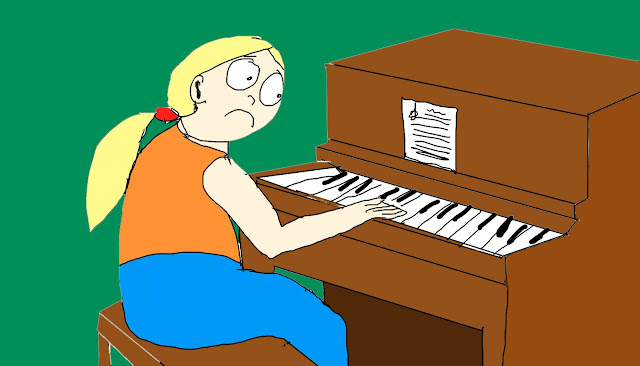 After a year’s stint with Yamaha Music lessons where I learned the very basics and how to hold chords (which really is the only skill I ever used later in my musical career),  I was ready to take “classy” lessons with a private teacher, with exams and expectations instead of sharing and colouring.


When it came time to find a piano teacher for her two brats, my mother went to the St. Benedict’s convent on Highway 9, outside Winnipeg. There weren’t any openings there so Sister Blanche brought her friend Mrs. Brozova to our home in Selkirk to introduce us, and we were all required to play something for her, even my mother (My mom knows how to play 2 songs on the piano. The Rosemary Skater’s Waltz and something called Siciliano that is quite pretty.  I was totally thrilled to start taking lessons from Mrs. Brozova as even as a seven year old, I knew that having an Czechoslovakian piano teacher was a huge status symbol. Wasn’t that how it went in the movies?
Now I remember her the stereotypical Eastern European piano teacher. She really was like Madame Sousatzka but not so colourful. Mrs Brozova will always be, in my memory, a kind of smudgey grey cloud in galoshes.
She and her sons escaped from Czechoslovakia where she had her Doctorate in Musicology and was a respected Radio producer and performer. She first landed in Montreal where the only work she could get was in a morgue, cleaning up after autopsies.
She made her way to Winnipeg and set up her home in an apartment in a house on Alfred Ave in Winnipeg’s north end. Her neighbours downstairs were stone deaf, so did not complain when Mrs. Brozova began giving piano lessons upstairs.

My mother, I’m not sure why, ended up becoming something like Mrs. Brazova’s manager, putting students in contact with her, listening to her troubles (of which there were many), and organizing the annual piano recitals. arranging the post-recital lunch  act as Master of Ceremonies,  present flowers to Mrs. Brozova at the end of the show. This was, I believe, a huge pain and I don’t think Mrs. Brozova was too generous with gestures of appreciation. My mother drove her around a fair bit, and I think did anything else Mrs. Brozova guilted her into doing.  She gave us a clock that was in our family room for 30 years, and gave me a porceline windmill shaped music box that I used to hide things in. When  was 8 she gave us some material with a beige houndstooth pattern and had it made into pant suit for me. 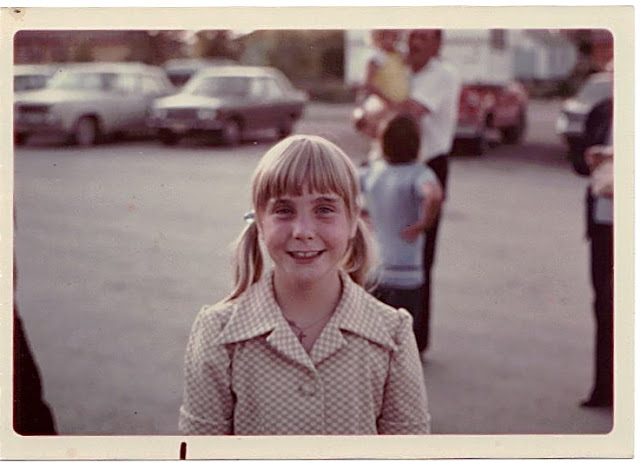 All I remember on my own of Mrs. Brozova was that she was very bleak and preferred to use negative forms of encouragement. After listening to us practice our pieces for our Royal Conservatory exams she’d put a tiny hand to her forehead and in her thick Czech accent say “You will not pass”.


Or, after the umpteenth time of running through a piece for an upcoming recital, the same hand to the forehead with “you will put shame on my name”. Not really going to inspire an 8 year old toward greatness. 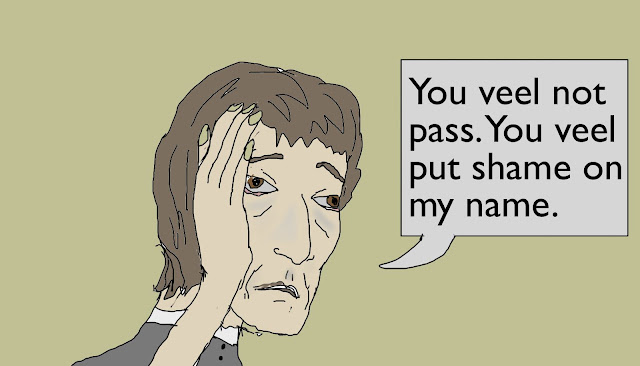 I got to dread piano lessons and my mother dreaded picking up the phone in case it was her calling with “requests” for favours or hours worth of complaining. Finally my mother had had enough and got up the courage to switch teachers. She wrote Jarmila a “break up” letter. To Mrs. Brozova, my mother might as well have put a knife in her heart and for years after we didn’t hear from her.. Jarmila was needy. Without a gopher, Mrs. Brozova didn’t have an interest in taking the hour long bus ride out to Selkirk to teach any more, so other people had to find a new piano teacher. Sorry other people.
I then started taking lessons from Lynn Brill who was, compared to Mrs. Brozova, like a coked up cheerleader at an upset win by the worst state team. She used terms like “good work” and “just keep working it at”. She had those glasses that were super popular in the early 80s. 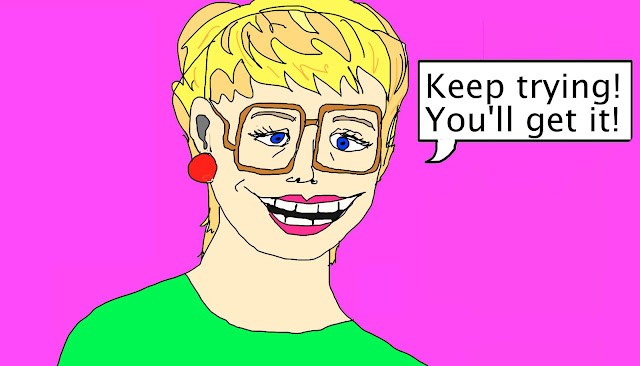 But by that time I was broken. Piano lessons for me would forever be associated with stomach aches and being disappointing. So I told my mother that I wanted to focus on drama club and that I was not going to be a concert pianist There was never any chance of that at any time. Ever. She never expected me to be able to play anything but “In My Little Birch Canoe”. I actually totally rock “In My Little Birch Canoe”. Here is another kid playing it. He's pretty good, too. He's a random stranger. My apologies to his parents who shouldn't have allowed for the embedding file in the first place.

My memories of Mrs. Brozova are pretty much coated in dreariness, but I can’t discount that she lived a hard and tragic life, pretty much in poverty. And although she had to rely heavily on others for help, she did manage to get a lot done in her life. She went on to be the organist at a large Winnipeg church (that has since been turned into seniors’ residences). She died in August of 2000. I've tried to find out information on her, but all I could scrape up was a brief obituary. Other than that, there is nothing I can find to shore up the story of Mrs. Brozova in my memory. I tip my hat to you, Jarmila, but man you made me tense.
Posted by Elpoo at 07:00