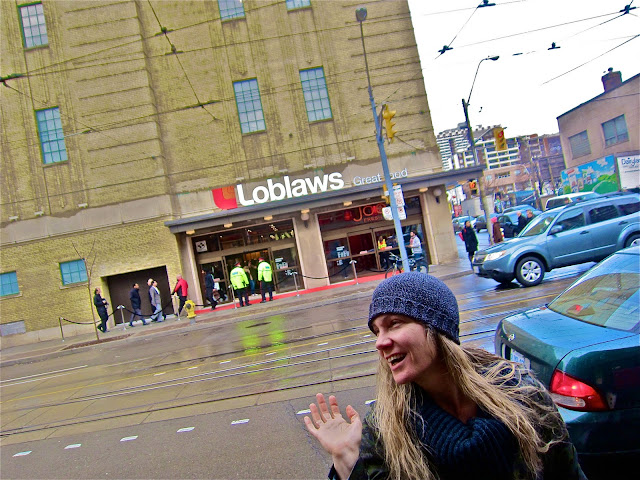 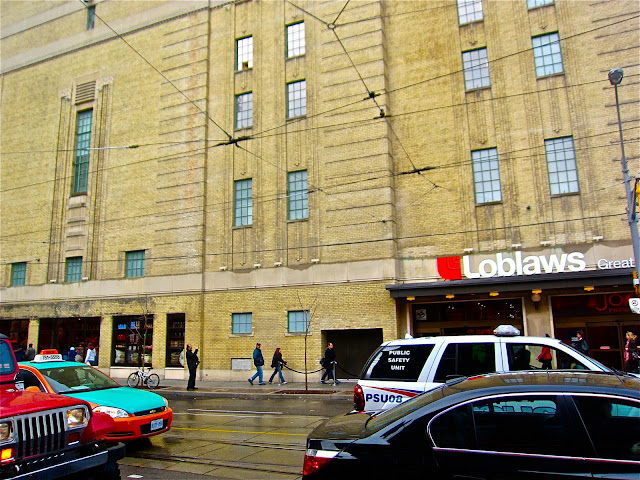 As someone who has never owned a car, I appreciate all my friends who have schlepped me all across hell’s half acre on a multitude of this fool’s errands. Doing the big grocery shop was always a big deal because getting someone to take you there, wait around while you scan the aisles for exotic things like brown sugar or tinned soup that’s not expired, and then take you home - well, people can only be so patient, right?
Because going to the big grocery stores for the big hauls have been such special occasions for me, I think I have imagined that grocery stores are huge, brightly lit pleasure palaces and that going to pick up laundry soap and 30-packs of toilet paper is akin to visiting Disneyland. With slightly shorter line-ups.
When Loblaws announced that they were opening up a new mega store in the vacated Maple Leaf Gardens here in Toronto, I was thrilled, to say the least. Even though it will take me 40 minutes by public transportation just to get there, I will still go. Like a cow to a salt lick. Like a middle aged housewife to a place where she can spend a crap load of cash and feel that it’s legitimate. Just like that.
So I’m on my way there and imagine my delighted surprise when I run into our good friend Ryan, who you are all getting to know so well despite his protestations to me to respect his privacy.  We decided to venture in together and see what all the totally excellent super amazing fuss is about. 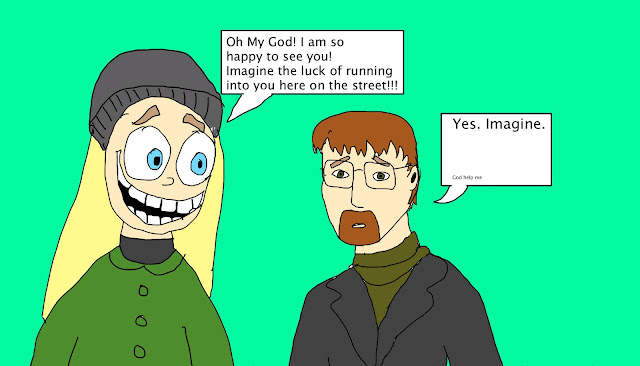 There was a line up to get in. 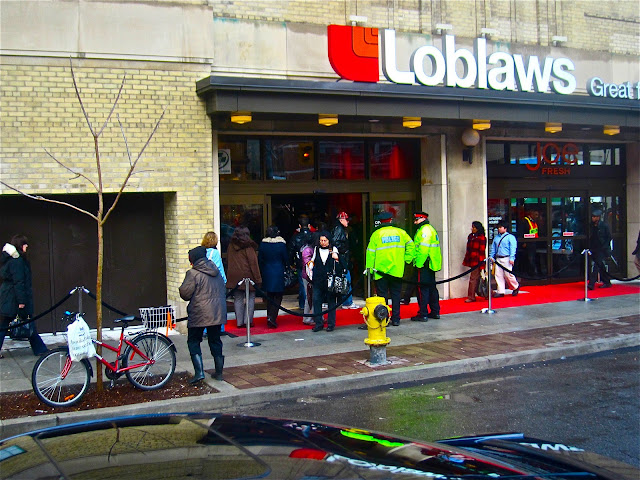 Remember Ross from a couple blogs ago? The guy who owns Bulldog cafe? Well he was, like, practically first in line when the store opened and got his receipt signed by Loblaws CEO, guru and Spokesmodel, Galen Weston Jr.  Not sure what Ross bought. Probably a green pepper and some frozen pizzas. They have those things there.

Well, he might have got those things.
Inside, you will find yourself in a vast cave, almost like a former hockey arena, full of edibles and cookables, drinkables and why-the-hell-is-this-in-here-it’s-a-grocery-store. 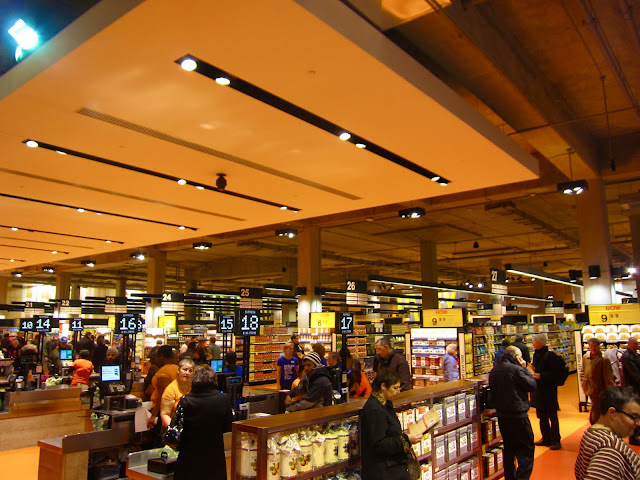 It’s well laid out, brightly lit without being fluorescently oppressive, and there are three kinds of everything. 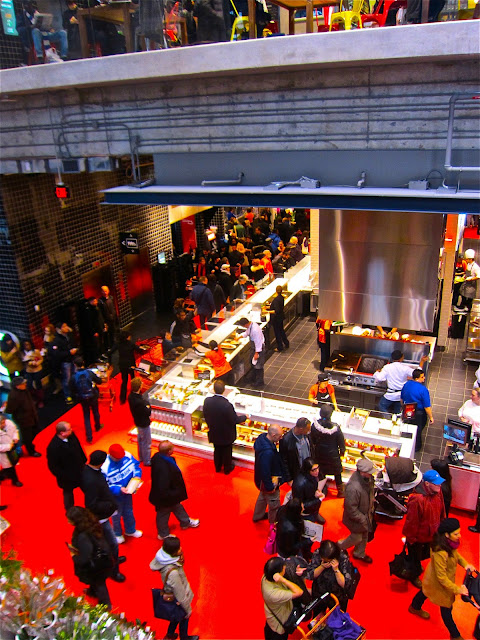 There were all sorts of opening day deals. I got premium brand peanut butter for the dogs that was half the price of the no-name. Imagine our dogs’ delight!
I also got my favourite evening time tea.

There is a wall of cheese 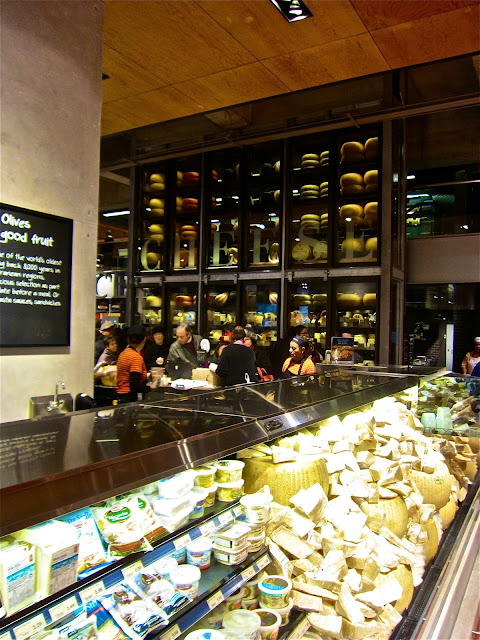 And rows upon rows of cupcakes which look amazing, but Ryan tells me that they really aren't worth the calories. All that glitters, eh, Ryan? 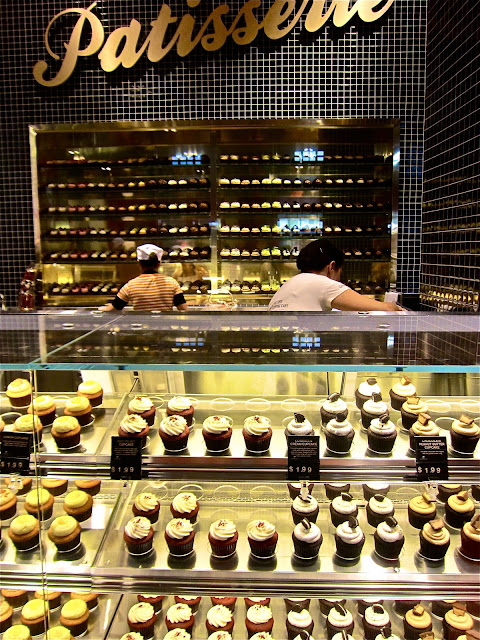 There is a smashing deli.

And all the other things one would expect at a fancy pants grocery store. 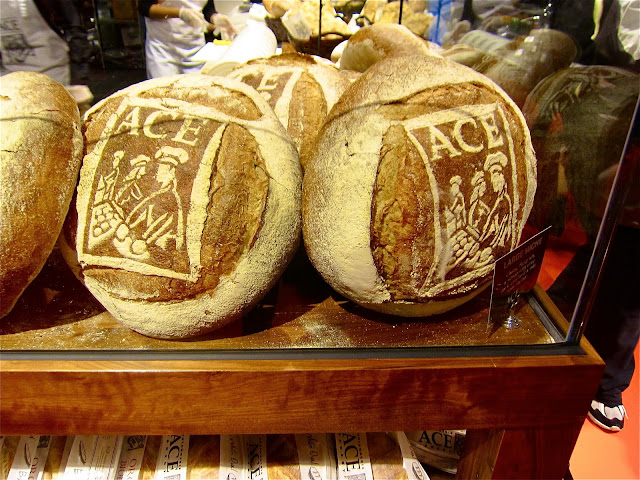 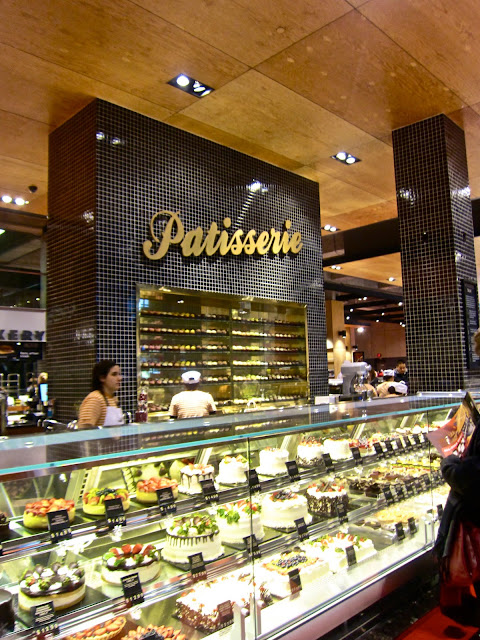 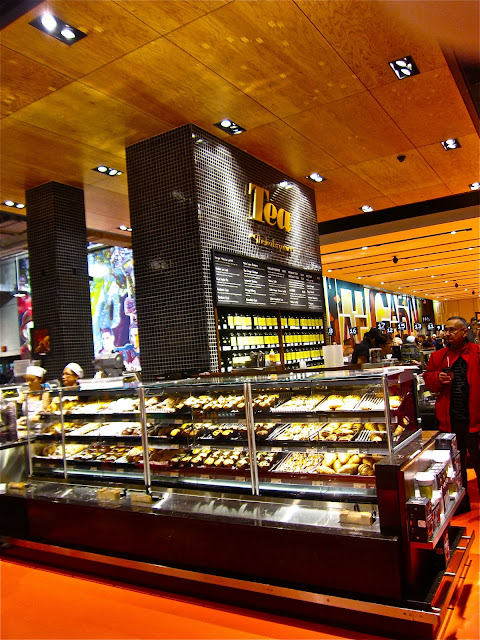 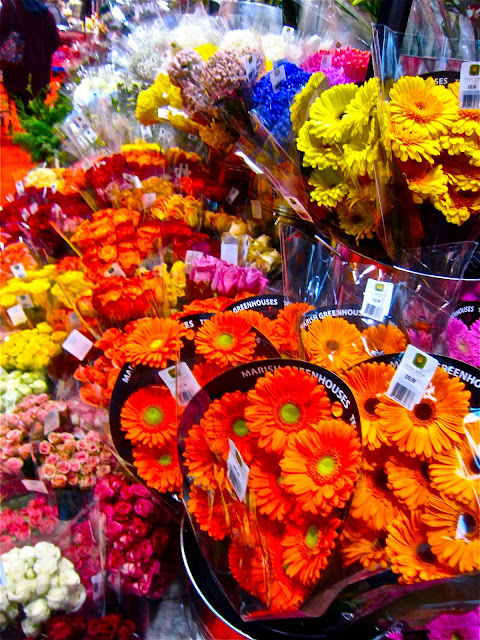 There is a huge slab of chocolate that you can buy pieces of. They just hack it off for you.

Hell you can even get fried bean balls.
I know. How awesome is that.
There’s a Liquor Store and a Joe Fresh shop upstairs.
I tried on this hat while my hair was still wet. No one cared. 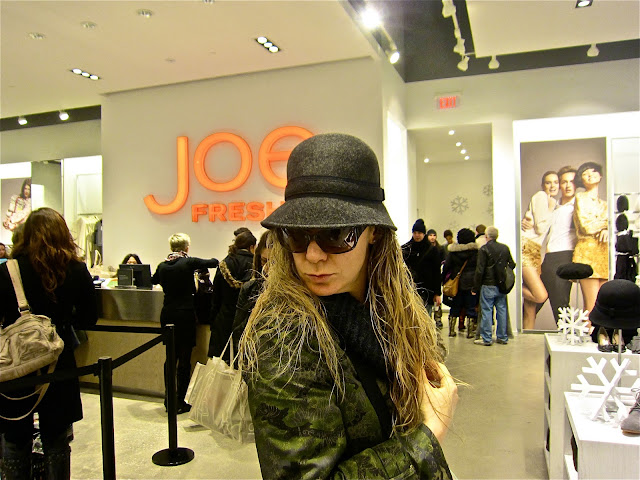 There are a few tips of the hat to the Toronto Maple Leafs, who once skated through the organic section and got into fist fights in Aisle 6.

Ya. It’s pretty swanky, so you should probably go. 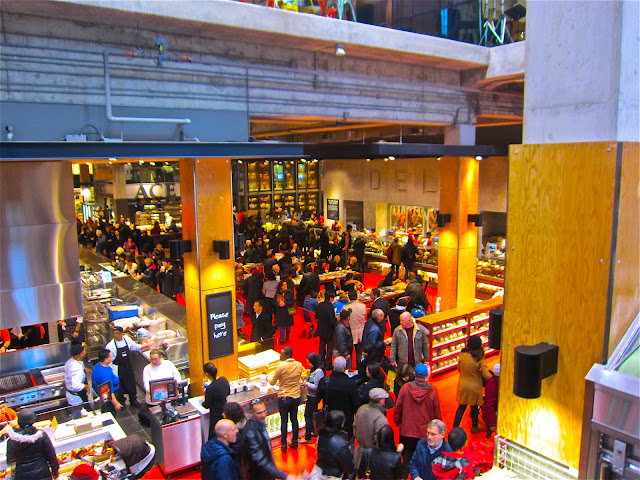 And down the street they’re opening a Bulk Barn. Nir-freakin-vana!
I’m moving downtown again. Just to be closer to that Loblaws.


There's something that tells me that a store this shiny, this huge, this fabulous - well, it must be hiding an evil underbelly somewhere. And that when I find it, I'm going to want to buy three pounds of evil underbelly and roast it with rosemary and olive oil.