When my brother was very little, like 4 or 5, he wanted to be a paleontologist when he grew up. And he called it “paleontologist”, not “dinosaur farmer” like other kids. 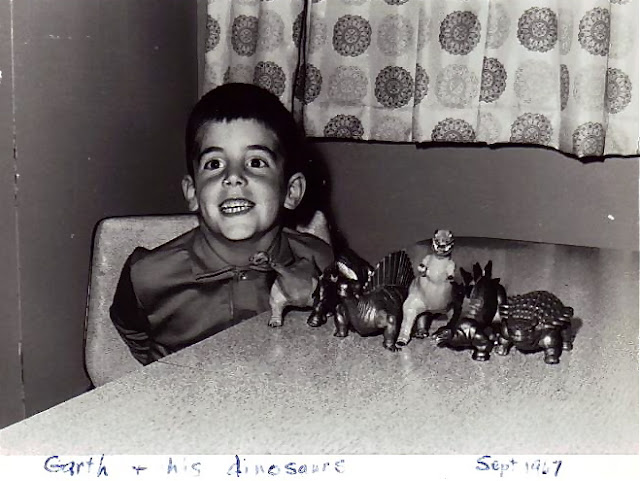 My father was fascinated with fossils and geology and the ice age and all things associated with rocks and minerals. His idea of a museum trip was going to Garson quarry.

I dated a dinosaur when I was a teenager. It never went very far. He wasn’t a very good kisser. But still, you never forget your first kiss, even if it was stone cold. 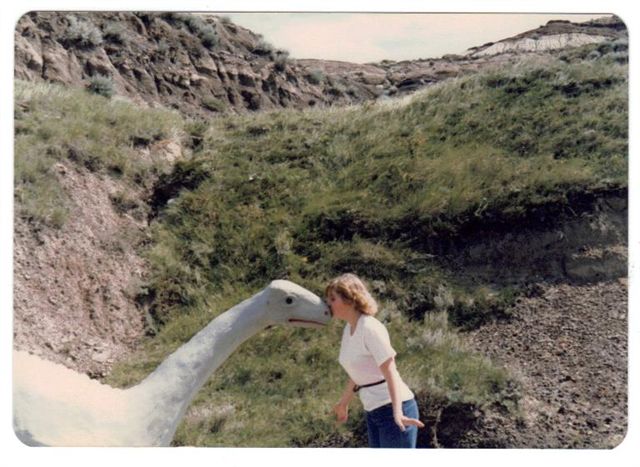 So it will come as no surprise that I am equally fascinated with the fossil formations that I have discovered in my bathroom tile. Yes. My bathroom is chock full of mesozoic wonders and I’m not talking about the stuff Brian is responsible for.

Yes, as if frozen in time, several creatures have been preserved for eternity in stone and now line the walls and floor of my bathroom. I often sit and ponder them, while I sit and ponder the problems of the world. Which is my code for going poop.  But I don’t ponder for a super long time or anything. Just the normal amount of time that one sits in a bathroom. My problem pondering time is totally, totally normal.
I can’t help but wonder how all of these pre-historic creatures came to be encased in my bathroom tiles. A meteor strikes the earth, a volcano erupts spewing lava hither and yon, flash freezing embalming the beasts in ice for all time. Life stories told in stone. Tombs of granite , fossilized eulogies. 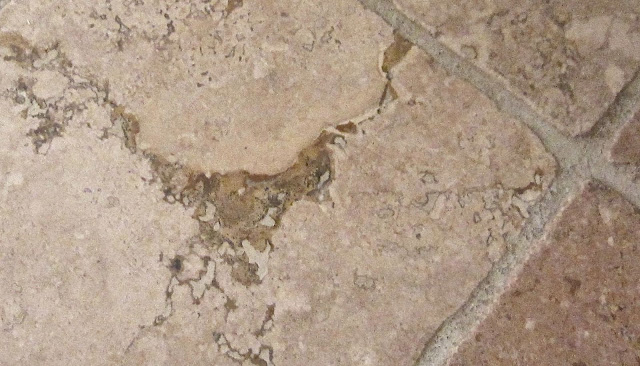 Hmmm, it occurs to me that the tiles in my bathroom are ceramic, so that means that they were probably produced not by some catastrophic natural event or ice age, but rather  by a human or a machine or something forming muck into slabs.


Plus, they are way smaller than they probably were in prehistoric times, unless there was a tiny dinosaur age where domestic animals of today roamed freely in tiny herds, living for months off of a leaf. No, they probably were shrunk.


The only answer to how all of these  animals were shrinky- dinked and then caught in my tiling is that there must have been the involvement  of an evil wizard.
It’s really the only explanation. 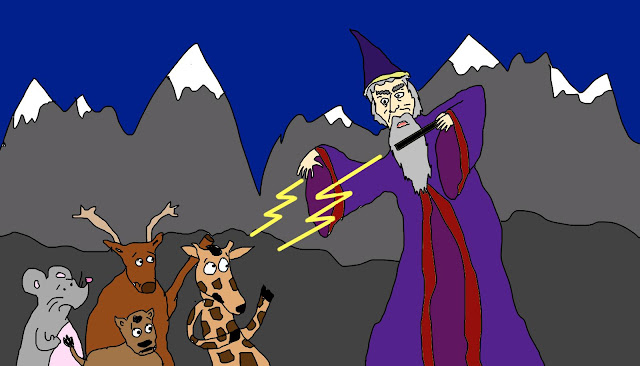 I kinda had a feeling that there was an evil wizard in my bathroom. And not just because of the stuff that Brian is responsible for. That’s not a wizard.