The Two Traffic Safety Solitudes and How They Impact on Pre-Teen Sexual Education.

Ontario and Manitoba are the provinces in the middle of Canada. You might say that they are the icing in the sandwich cookie that is Canada. And although there are many differences between Ontario and Manitoba, there is none more glaring, more significant and more controversial than the difference between how young students in the two provinces are helped to cross streets near their schools.
In Ontario, at least from what I can tell, children are ushered across roads and intersections by crossing guards. These adults are employed by Toronto Police Services and have a distinctive orange vest, and jacket with a logo that indicates their post. 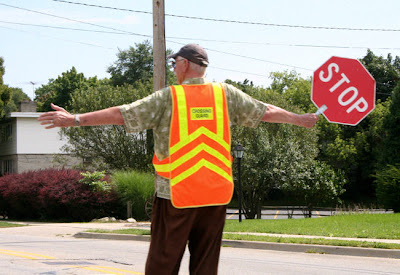 That they are paid TPS employees gives me some relief because, I gotta tell you, some of the guys doing the gig, well, I’ve always wondered of they’d be doing their gig for free, ya know? So at least they’ve been vetted by the cops which provides some reassurance that the scruffy 50 year old man telling Jimmy to look both ways doesn’t have a hidden and Law & Order SVU styled agenda.
In Manitoba, the responsibility of getting our youngsters safely across streets rests squarely on the shoulders of 10 and 11 year old kids who volunteer for the job. They wear an orange sash/belt thing over their parkas and carry orange flags.

There is no real screening process, so there is no way of knowing whether or not these children are child molesters or not. They are more interested in candy and collecting crap from dollar stores.

Kind of like your Auntie. Ya. You know the one.
Anyway, growing up, I was a patrol in Selkirk, Manitoba, my hometown.
I did it for the prestige. I felt pretty grown up and powerful telling those 7 year olds when it was safe to cross the street. I could stop traffic if I wanted. And oh, I wanted, people. I wanted. 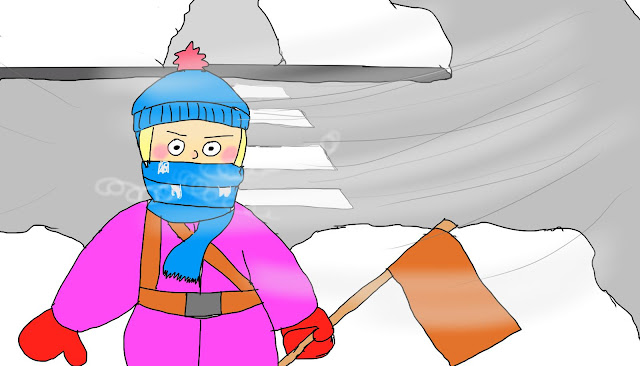 I also did it for the half day off school that all Manitoba patrols were given at the end of the year to go to the Shrine Circus in Winnipeg. The annual circus, put on by the Shriners, was a huge deal for us kids who hadn’t seen a big-time circus, or have access to cable television. Still, we knew it was kind of lame, but because we were children, we squealed with delight because it made the teachers smile and we might, just might, get a balloon animal. I had pimples at age 11 so never got a balloon animal. In fact, I was never given a balloon animal until I was an adult with visible cleavage. The world is a sad place. 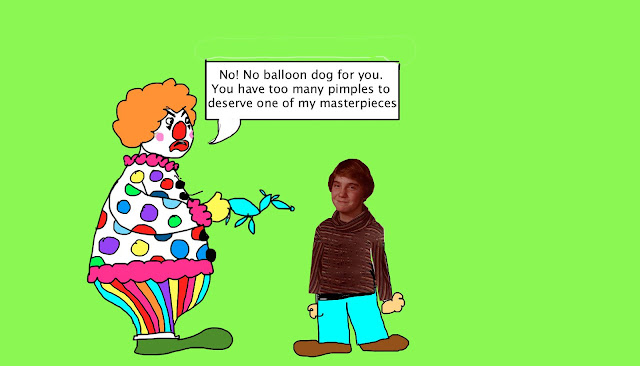 There were the elephant and dog tricks, the big cats were out for about 10 minutes before they were rushed back to their owners who just rented them out to the Shriners.
The clowns were.... well, Shriners in makeup driving little cars. Doing their best imitation of what they figured clowns do. The little car. The tiny bicycle. The ducking-the-long-swinging-ladder bit. We laughed, but we were only trying to make the best of our half day of freedom. I mean, we stood outside in -40 degrees at 8:15 in the morning for this. We were going to have fun, Dammit!.
Because we were from Selkirk, we were assigned seats in the VERY LAST ROWS of the WInnipeg arena. Both years that I went, this was the deal. Selkirk gets all of the flotsam I tell you. We get no respect. 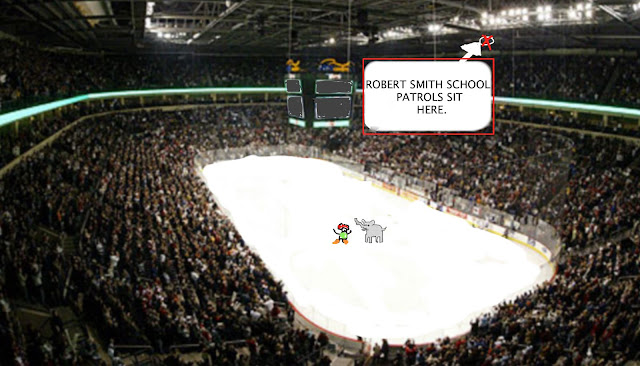 So anyway, yah,  the real show was not in the Big Ring. It was in the last rows of the Winnipeg arena because I was more fascinated by Adele Gelder and Doug Mercer kissing throughout the entire show than any tired and enslaved elephant walking on it’s hind legs. I mean, kissing was a BIG DEAL. And they were kissing the whole time. I wasn’t even sure how people went about boy/girl kissing. It was a Hollywood mystery to me. You could never get close enough to the actors’ faces to see what was going on. So basically, to me, I figured that this must be what kissing was:

So while everyone else was watching the clowns throw candy to the first two rows of the audience (kids from River Heights, I’ll bet you), I was enthralled with the pre-teen pre-sexual drama going on not two feet away from me. How could they breathe? Was that fun to do? Was she.... how can she chew gum AND smush mouths with him at the same time? Why wasn’t the teacher doing anything? Is she allowed to smoke in here? Would I ever be pretty and popular like Adele Gelder and get to smush faces with someone? 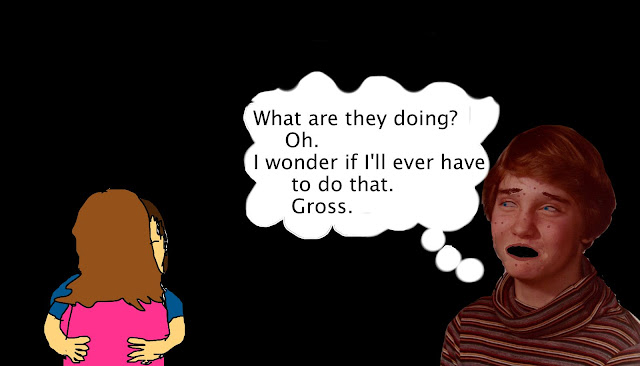 The answer is no. At least not til I was old enough for it to be weird that I’d never been face smushed. By then, thankfully, I’d been exposed to cable television, and had a better idea about what kissing was and how it was supposed to play out. I was shocked to learn that tongues were involved. Wouldn’t that kinda ruin it?
Ultimately, then, my question now is: How do children in Ontario learn about kissing, if they are not able to be crossing patrols? Both provinces had similar rates of teenage pregnancies in the 1970’s, and as you know you can get pregnant from kissing a boy, so it’s not like a lack of information led to an increase in  precocious sex or teen mothers in Ontario. No. Ontario kids learned about the birds and the bees from somewhere other than the Shrine Circus.
Probably at Ontario Place.
Yah. Ontario Place.
Wadhera S. and Millar, W. (1997), Teenage pregnancies, 1974-1994. Statistics Canada Health Reports, Winter 1997, 9 (3).
Posted by Elpoo at 07:38