I have a cold so here's some more crap that bugs me. 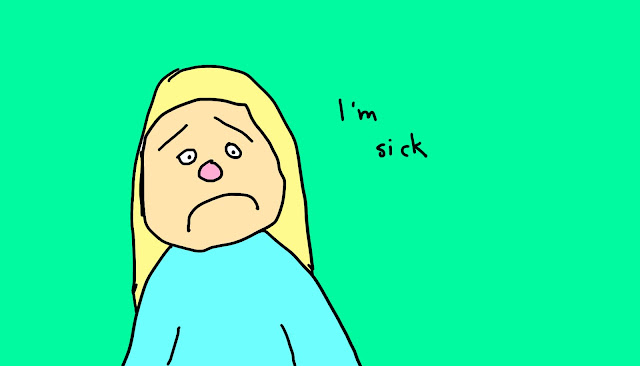 Sniff.
So I’m not feeling like writing much other than complaints.
But you like reading about complaints, right? And the stuff that just makes me so cross?
Sure you do.
You’ll read. Right to the end. And like it. Bitch.
Anyway.
So here’s some stuff I don’t understand (in other words, am pissed off by):
Harley Davidsons. Ok. This might actually get me killed. But I have to say something. Right?

Why do they have to be so freakin’ loud? I know what you’re going to say - if I have to ask, I wouldn’t understand. Well, what the hell is that? Would you say that to someone who was asking you directions to the park? Or the bathroom? It’s like saying “I know you are but what am I”. And endless circle that makes me want to hurt you. Come off it, as we would say in the 1970’s. I just want simple information, dammit. 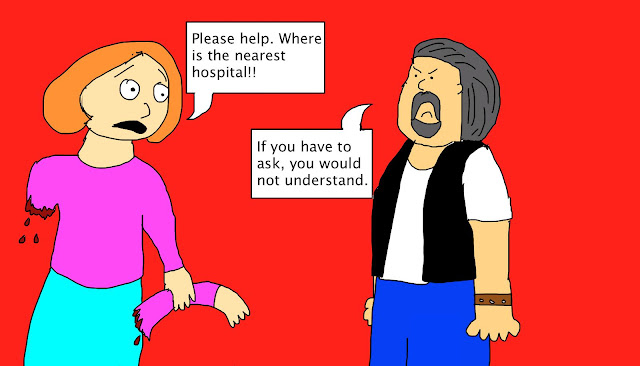 There’s these old guys (ok, probably only 10 or 15  years older than me) who ride their Harleys to Starbucks on Sundays and sit outside watching the 15 year old girls walk by. Or maybe they are just talking about their recent home renos. I don’t know. Anyway, when they leave they start up their Donor Cycles* and it’s like everything awful in the whole world screams in your face at once. And they idle for awhile. And finally the peel off. Why do those things have to be loud enough to cause permanent hearing  loss and crankiness? Is it a status thing? The louder, the prouder?

Whatever.
I just think “douche”. 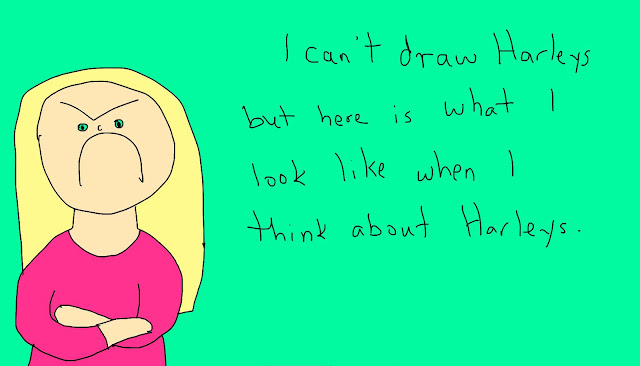 Next: Air Shows. I have friends who dig these and I totally love these people, but when they tell me that they had a good time at the Air Show on the weekend I cry on the inside for the impassable chasm that divides us regarding things that we think are “fun to do”. If I wanted to sit on the grass, get sunburn and have my ears bludgeoned, I’d go to Bloodstock.

And what a colossal waste of fuel. David Suzuki telling me to switch over to those light bulbs that make me look like a zombie and we still have air shows. Where is the justice, people?

And again with the noisiness. And for so little return. Plane goes this way. Plane goes that way. Sometimes planes crash and the pilots die. No. This is not “getting your money’s worth”.

People take their families to air shows to entertain their children. Why not just sit your kid on the floor, move a tiny toy plane around above his head and turn on the vacuum cleaner 3 inches from his ear. Say "Ooooooo".  Instant air show. 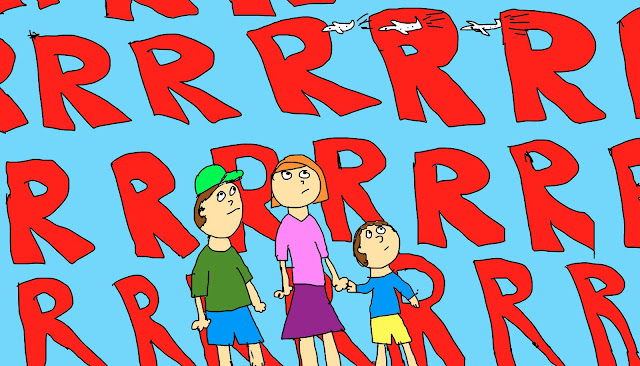 Moving on:
Leaf Blowers. Ok, I understand that if you have a huge area to clean up, or if some places are hard to reach, leaf blowers can be handy. We own a leaf blower and Brian uses it to get leaves out of some very awkward eavestrough areas. Literally just a couple blasts of the thing twice a year. But some people use them to blow, like, a tiny pile of leaves into the gutter in front of their house. And they take their time about it. 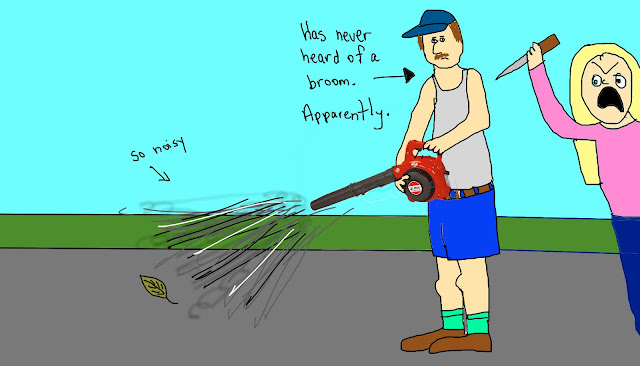 Not only is this horrendously noisy (are you seeing there’s a theme here?), but it clogs up the gutter drains so that houses fall along the street get screwed over. Not cool. People will perform this task with their garden hose, spraying two leaves full tilt, into the street. Why are you washing your driveway? Every week? I will admit that I’ve hosed down our driveway before - like twice in the summer - because it is so rank with dog urine that I think it is worth it to maintain peace with the neighbours. I've never used the garden hose to remove leaves from my driveway.

It's so awesome on the moral high ground. You can see for miles and miles. I'm so glad you're with me.
And what is this weird touristy thing Blueman Group?  I’ve never seen it, but I instinctively know that it would bug me. 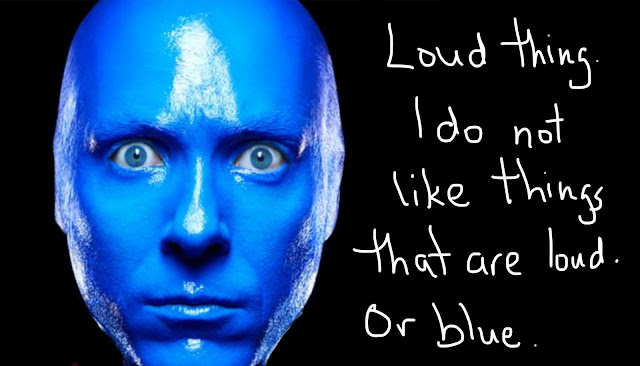 And let's have a rag on about the whole baggy jeans belted under the bum look. I read that this is a trend that began in prisons, where inmates are not allowed to have belts. That the trend would continue outside of prison walls is a bit baffling to me - is it a way of saying “I’m so tough, I’ve been in prison and the proof of this is the way my underwear is clearly visible above my sagging pants”?  And sometimes you can, like, see their bum crack. It must be the male equivalent of platform spike heels for women. Impossible to move freely while sporting such a look, but apparently some people think it's cool.

I don’t know. If I was a tough guy, and wanted to prove it, I wouldn’t do it in a way that drew attention to my respect for the fashion choices of the incarcerated. Kind of puts you in the spotlight. Plus, you’re NOT in prison. You’re a skateboarder with really bad skin and middle income earning parents. 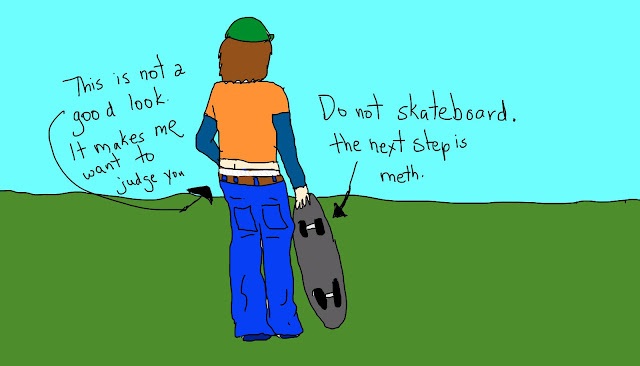 Maybe I’m just old and super conservative fashion wise. Yes. Both are true. Some places will fine you for wearing your pants belted like that too low. It’s a fashion crime, to be sure, but probably not a good idea to allow the government into the closets of the people. The government can't tell you what to wear.  Me on the other hand, I can say whatever I want because I have a cold and am cranky. And you look silly.

I swear to God I am becoming Andy Rooney. Cranky and with crazy eyebrows. RIP Andy Rooney.

And then: To the young adults riding those little  BMX bikes that make you look like they’ve stolen a kids bike:

You look like you’ve stolen a kids bike. Not going to win you points at your next drug deal. 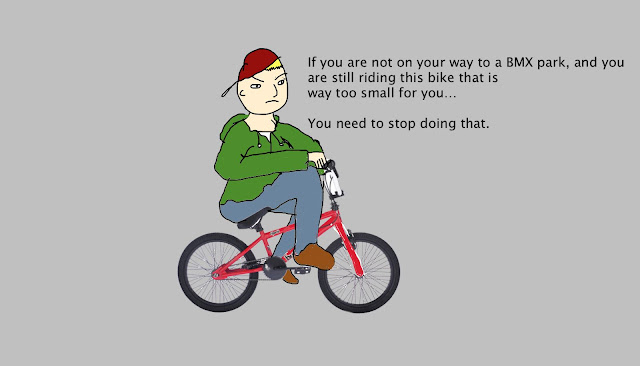 Finally, Sex In The City. Not a good show.
Well, that was a nice little rant. I’m still sick though. I thought my venting would clear my nasal passages. Apparently I need to snort Vicks Vap-o-Rub instead.

Thanks for reading. I appreciate it. I may not understand a lot about the world, but I do understand that people who read to the end of your blog are few and far between. You do not bug me. At all.
* Thanks, Darlene for teaching me the phrase "donor cycles". Really. They are basically just death machines.