Clyde and the Apostles

I was pretty lucky, wasn’t I? I mean the first band I played in got a record deal and had hits and we toured the world and all that. Didn’t have to pay my dues, as it were. I was washed along in a current of right place right time and don’t for one minute think I’m not grateful. Seems like I just plopped into the music industry and won the lottery on my first ever ticket buy.


Well, I was actually in other musical combo groups before I joined the one that brought you such hits as that humming song and the other one that was bigger in Canada than in the States, but was kind of charming until it got so incredibly overplayed that Gene Simmons of KISS was moved to mock us on Much Music. There are different kinds of honours. 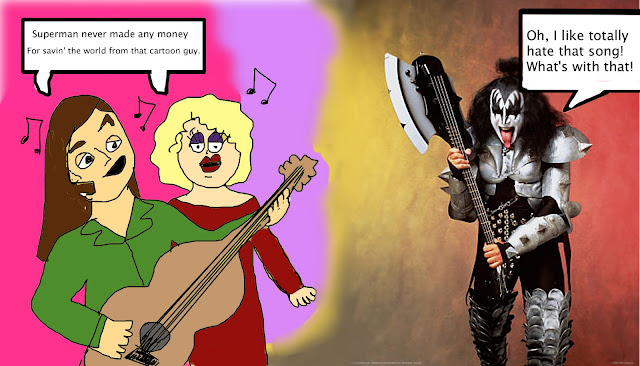 So yes, I was in a couple other bands before I was in the Dummies. In High School, my friend Allison and I were in a band for one day called 20-20. This was their logo - or something like this (it was 30 years ago).

I learned to play Loverboy’s Turn Me Loose on a borrowed keyboard. That was the only song we played. I vaguely remember being in someone’s garage and me and the other guy (not Allison) looking at each other and knowing this was not going to work out, but we came to that identical conclusion by different routes.

The other group I was in had a little bit more longevity and even toured for awhile.

Clyde and the Apostles played senior homes around Selkirk for a couple years in the 1970’s. My family, along with the the kids from another couple of families, would go to Betel Home and Tudor House and  Red River Place and put on a musical Spectacle that those old folks would not soon forget, unless they forgot right away, which would happen.

My Dad would play the piano and my mom would sing.
Garth would play ukelele, guitar, banjo, trombone and for one session, the trumpet. Those seniors wouldn't sleep through that one, I can tell you.


I would sing and be adorable, if fat. Our family friends, the Southern kids (Lee, Theresa and Mark) joined us. Mark would do a song with Garth - he was kind of a musical Tim Conway to my brother’s Harvey Korman.  They’d do something country inspired and upbeat. Lee and Theresa would play something on the oboe. Yes. They both played the oboe. The world’s most mournful sounding instrument and quite likely rendering the musician the least sexy looking when played. Lee and Theresa. Such lovely young women made so red and  explody looking even while they made such beautiful music. The oboe is a harsh mistress. 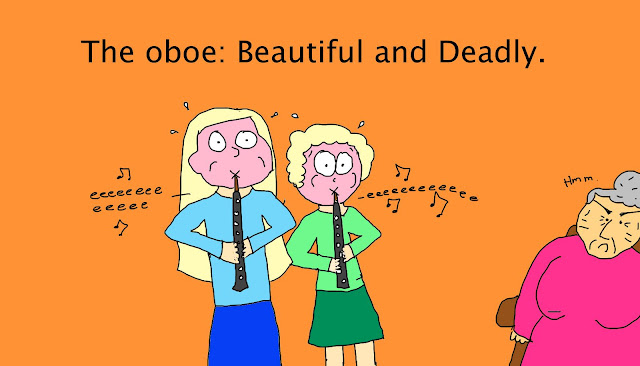 Joan and Janet Hardy, together with their friends the Gebhardts (known throughout the Interlake as that Quirky Quartet, the “Gebhardys) would sing something wearing matching outfits. I think the seniors liked them the best. Young, cute and lively. 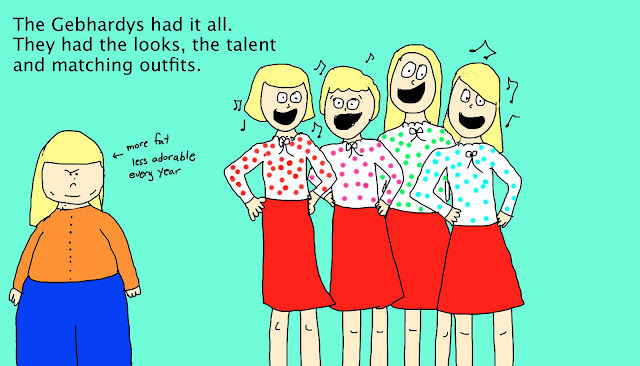 Other friends, like Richard Hooker, Leanne Gilbart and the Sokoloski twins classed it up with Richard's rendition of "Some Enchanted Evening", or the twins sweet voices crooning "The Rose". Mom always sang the songs from the 30's and 40's to play to the crowd.

Or mom would sing “Where are you going, my little one, little one” while I stood in front of her looking adorable and fat. 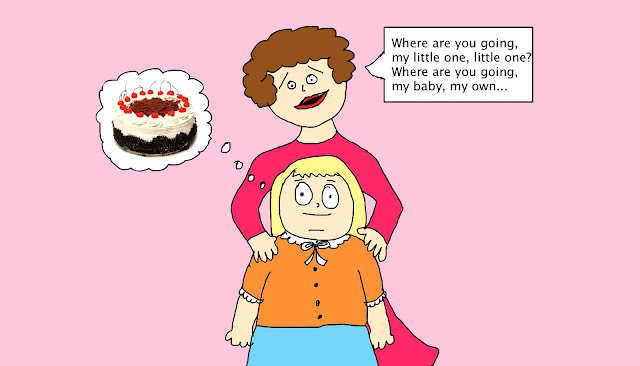 One year I told her I really really wanted to sing The First Time Ever I Saw Your Face, because it’s such a beautiful song. She said it wasn’t appropriate for a little girl to sing. I didn’t figure out why til years later. I mean.... years! I pay little attention to lyrics, I guess. i mean the song didn’t even rhyme and it was about getting it on. I was, like eight. That would have shaken up things at Tudor House, non?

Clyde and The Apostles were only together for a few years and only did a half dozen gigs or so, but we left our mark, I’ll tell you. People are still talking about that time Garth Reid played Purcell’s trumpet voluntary at Betel, and when Mickey Reid sang Danny Boy. Ah, they all got a bit misty, they did. 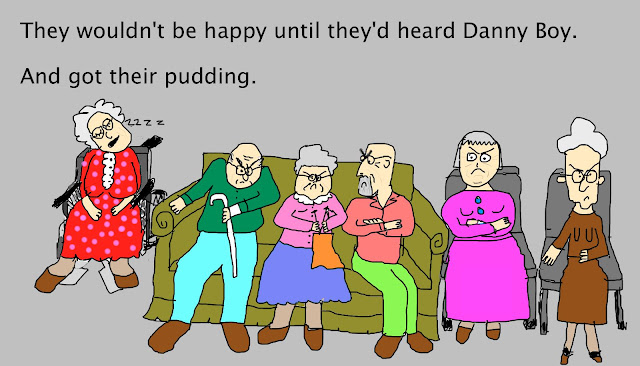 My mom has even saved a couple of our “set lists”. 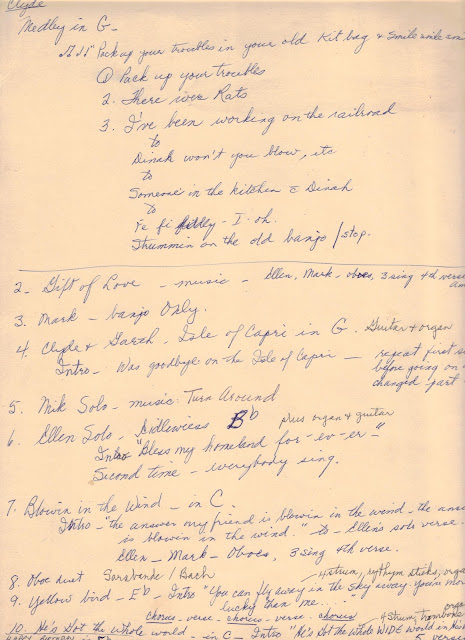 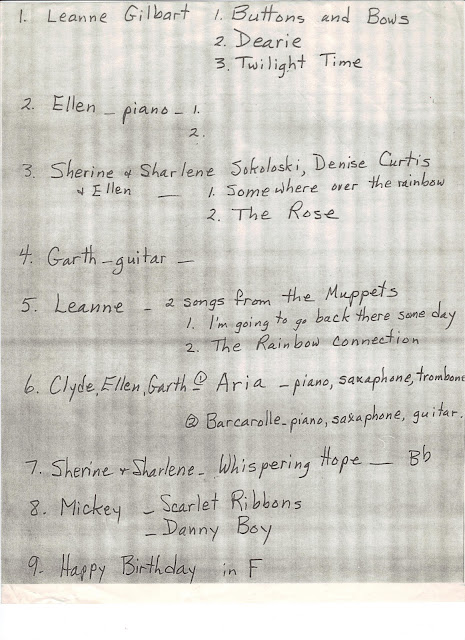 Yes. You read that right. A trio of piano, saxophone and trombone. I was a veritable Clarence Clemons.

Eventually, I got a little older and was too mortified to be seen singing with my family in public. My parents were likely relieved I'd lost interest. The seniors were frightened of my weird and zit ravaged face.


We were no Partridge Family. But we tried. It would be years later before I humiliated myself on a stage again.

Those were heady days, a whirl wind of occasional Sunday night shows in Old Folk’s Home dining rooms across our town. They taught me about life on the road and how to work a crowd to win them over (Look adorable and fat). Those shows also taught me not to get too upset if an audience member falls asleep, a good lesson for industry shows later in life.

Email ThisBlogThis!Share to TwitterShare to FacebookShare to Pinterest
Labels: Clyde and the Apostles, early touring, fat and adorable, mom, music, The Gebhardys