Yoga: The Next Big Thing

So, I signed up to take a beginner’s yoga class tomorrow. 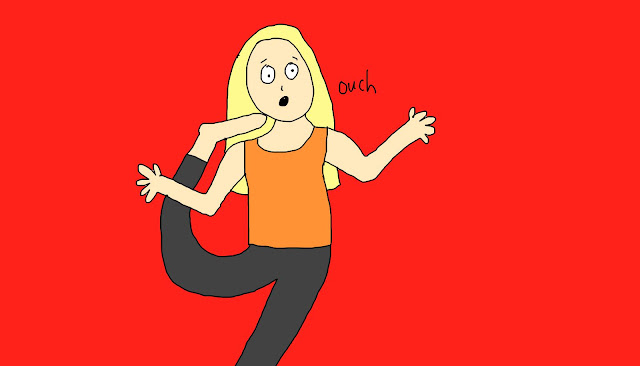 You know how much I LOVE trying new things.
ugh.


Well, it’s a necessity. I’m aging, and aching and I’m craving a good stretch, so thought trying this new fangled thing called yoga might be just the ticket.
Not very many middle aged women do yoga. And it’s hard to find people who do yoga. It’s very very rare. 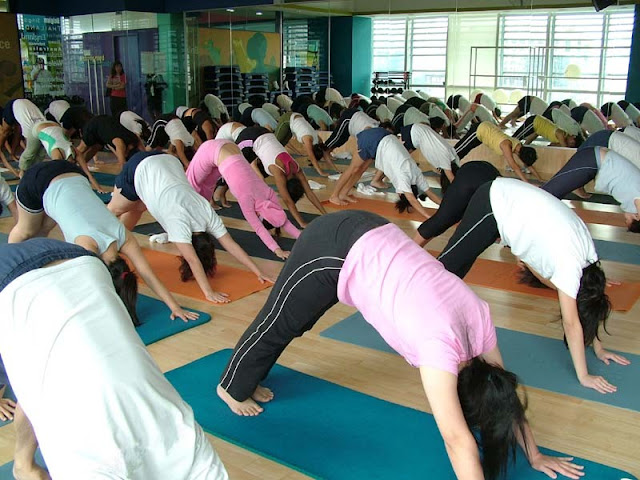 That was an example of sarcasm.
This may be the first form of exercise that I am going to try that is in no way an attempt to lose weight. It’s more about not falling down and breaking my hip. Yes. It has come to that.
That and my reading glasses script probably needs to be upped.
I’ve always sort of poo-poo’d yoga. When I was a kid, yoga was something that hippies or people who went to key parties did.

How could all that bendiness be helpful? Wouldn’t jumping rope or jogging be better? I mean look at Charlene Prickett. Good on ya!

Well, there is room for all kinds of activity in one’s exercise repertoire, apparently.
So why am I so nervous about taking a beginner’s yoga class, you ask?
Well, I’ll probably fart.
And I will say inappropriate things because I am nervous. 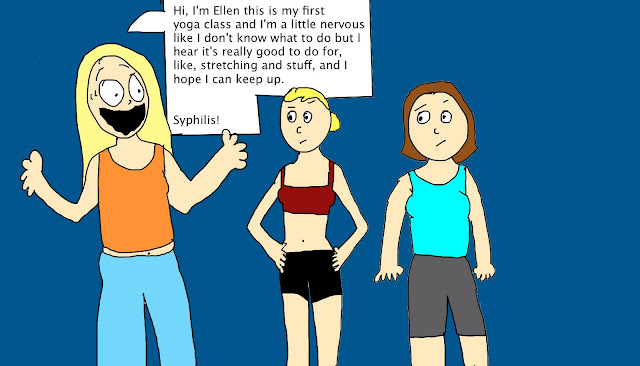 I will be the least flexible person there. 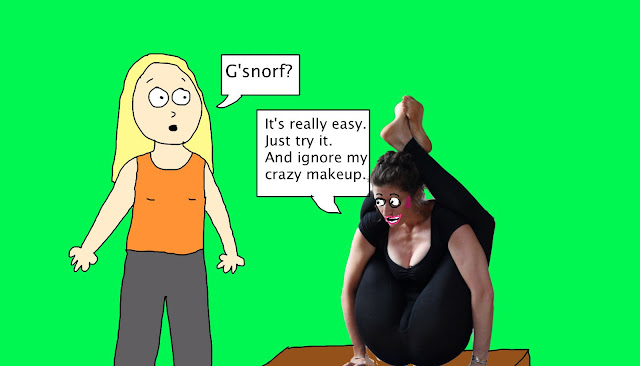 There is the small chance that I’ll enjoy it, and people tell me I will get hooked. I like the idea of getting addicted to something that will require me to purchase an entire set of clothes devoted to it’s practice.  Like Lady Gaga's yoga attire. Totally appropriate.

Plus Sting does it. And looks completely natural while he does so.

I bought a yoga mat. It was, like, $60. It came with a carrying case and all, but after that, I’d damned well better be hooked. I suppose if I don’t like yoga I could find other uses for my yoga mat. 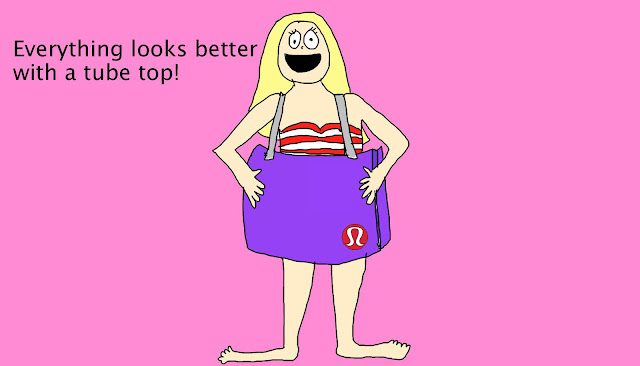 So, anyway, wish me luck.
Yours, in the heavenly vibrations of Om,
Elpoo
Posted by Elpoo at 07:55