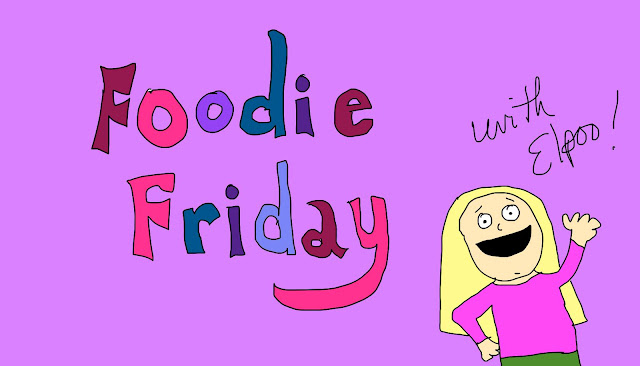 Ice cream. The food that people turn to in times of trouble, times of celebration, times of skinned knees and times of cake.
Unless you are lactose intolerant, I dare you to think of ice cream and not smile.


Ice cream is, hands down, one of my favourite foods on earth. I used to order Tiger Tiger when I was a kid. Licorice ice cream! Awesome. And rainbow. Loved that, too. My mom always had maple walnut, which was baffling to me because, like, why would you want nuts on ice cream? Weird. Mom is weird. Dad usually had a chocolate dip cone. Garth usually had something that I would eventually want because he ate slower than his piggy little sister. Damn him. 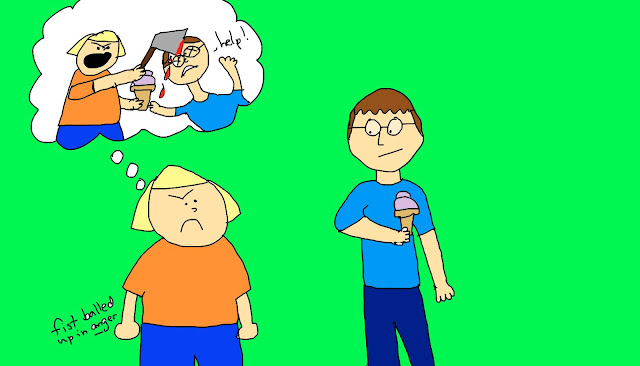 There has been some attribution of the invention of ice cream to the Chinese, although it was likely a frozen rice milk concoction. Sherbets and ices are peppered throughout histories of 5th Century, stories of Marco Polo’s travels to Italy in the 13th Century, and Renaissance Europe. Cafe Procope opened in Paris in 1686, serving ices and Turkish coffee. It is still open today. 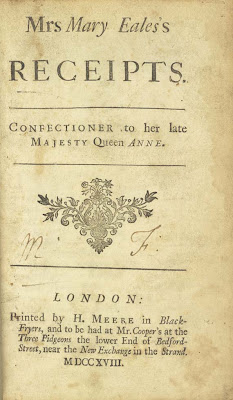 So, a few years ago I got an ice cream making attachment for my Kitchenaid.
Big mistake.
Homemade ice cream is so good, so amazing. So making me fat fat fat.
I hadn’t made ice cream in about 2 years so I decided to drag it out and dust it off and see what I could come up with for your Foodie Friday delight!
I thought, at first, a lovely simple vanilla - my favourite flavour in a sea of options. But then I remebered that my brother in law’s girl friend, pastry chef Rebecca Rouen gave me some of her home made Dulce de Leche for Christmas 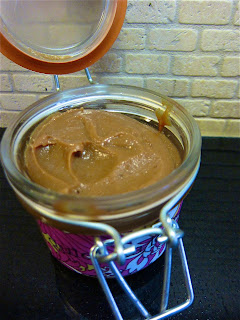 as well as some home made vanilla extract. 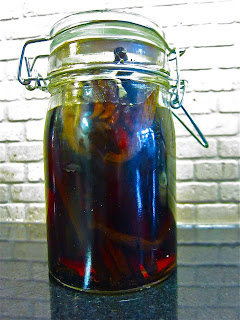 ZING! Rebecca weighs about 95 pounds. Cruel jokes and God and all. She works at the new fancy shmancy place Bobbette and Belle.


You should go. And order 3 desserts each. I know I would. You can get, like, a $7000 cake there. Or french macarons. Are you hearing this Cheryl M? Are you?
Anyway, so I looked online and settled on a recipe that got great reviews and seemed simple enough.


then remove from heat and whisk in dulce de leche until dissolved. 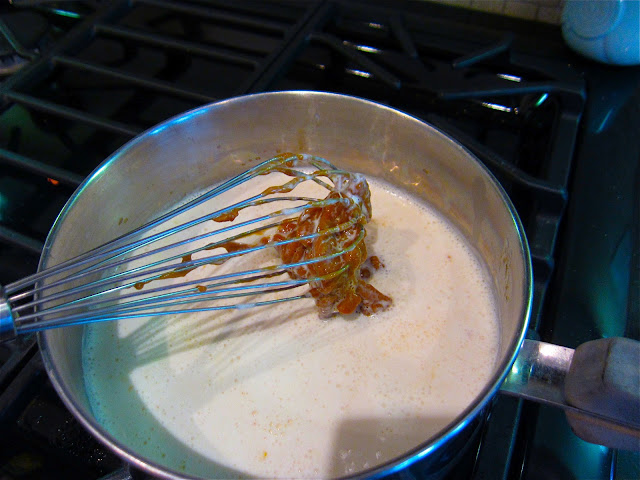 Whisk in vanilla and transfer to a metal bowl. Quick-chill by putting bowl in a larger bowl of ice and ice water and stir occasionally until cold, about 15-20 minutes 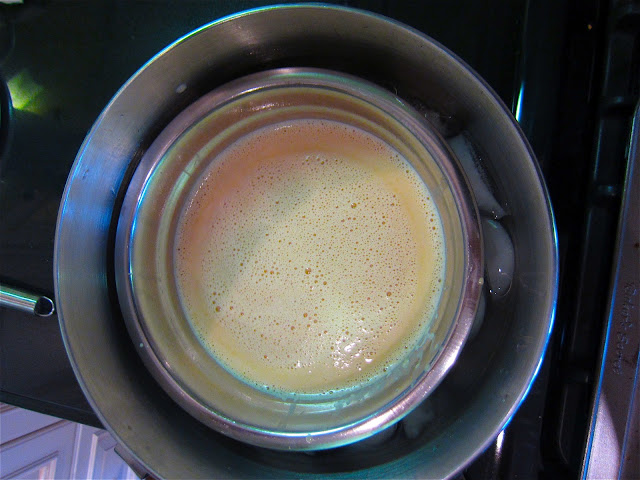 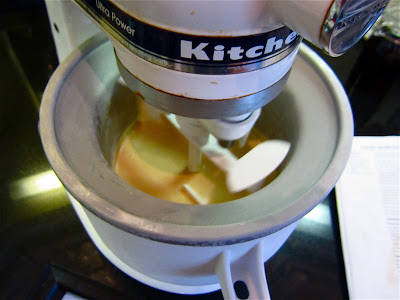 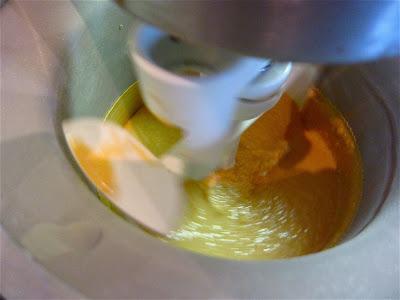 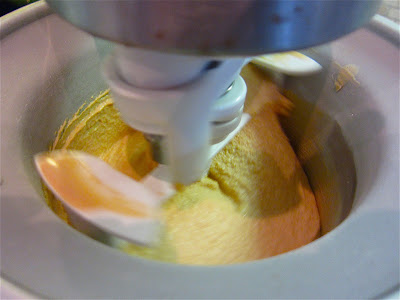 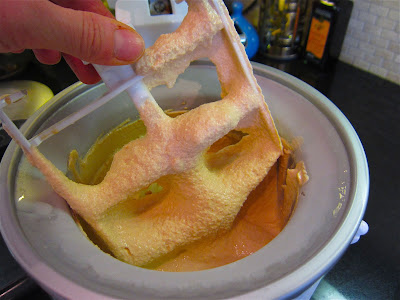 Transfer ice cream to an airtight container and freeze to harden, at least an hour. 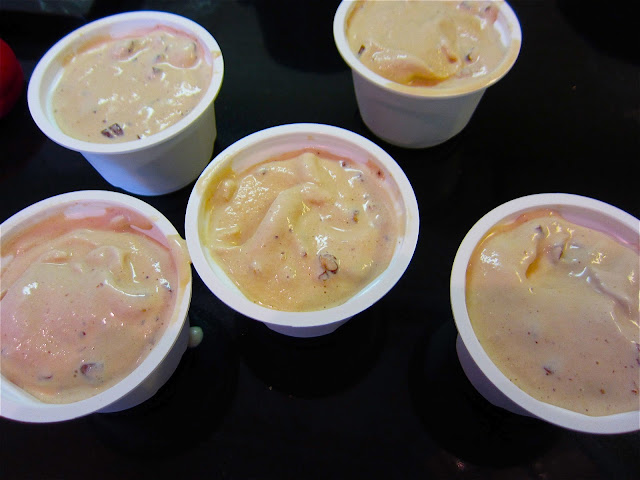 * I only had about 1 C of the dulce de leche, so my results weren't as caramelly as the recipe suggests.

So I potted the stuff up into adorable little individual containers and gave some to our nice neighbours. I did this before trying it myself.
Can you imagine my despair when I did sample it and found that it was, well, meh.
I know. Even bad ice cream is awesome. This was just meh. The texture was like eating a frozen block of milk and the dulce de leche was wasted on it. The pecans were kind an annoyance. Brian said it was “ok” and that was him being nice to his nervous little wife. For the first time in my life, I HAVE THROWN ICE CREAM AWAY.

So I’m sorry Rebecca, for wasting your beautiful homemade dulce de leche on a failed experiment.
Luckily Rebecca gave me her recipe for dulce de leche so I can make more if I like. Thanks Rebecca.
Dulce De Leche
Empty the contents of a can (or more then 1 can) of sweetened condensed milk into an oven-proof dish; sprinkle with some kosher salt and tightly cover it with foil.
Place the covered dish in a larger roasting or casserole pan and fill it up with water until it reaches three quarters of the up the covered dish to create a water bath. Bake at 425 degrees F for 60-90 minutes (increase time for more the additional cans) checking every 30minutes on the water level and adding more as needed.
Dulce de leche is ready when it takes on a brown and caramel-like appearance. Remove from the oven and whisk to smoothness. Let cool before storing.
Hint: Some recipes call for boiling a can submerged in water. This is dangerous and can cause the can to explode. Oven method works best!
If I make this ice cream again, I would definitely not use the recipe here. I'd use a vanilla ice cream recipe that uses eggs as you need eggs to get that crazy making, I'll kill you if you get in between me and that bowl, creamy texture that ice cream must have. And I'd skip the pecans. They take up too much room that could be filled with chocolate or more dulce de leche. 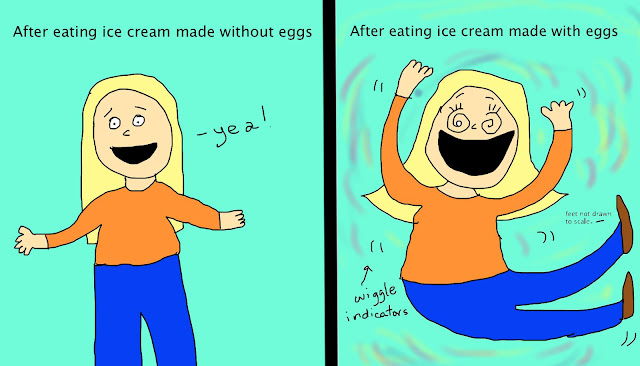 Or, I'll just go to Baskin Robbins and buy some. There's that route, too.