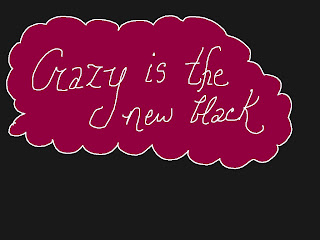 It is no secret that I am big fat ol’ bag of anxiety. I’ve had more therapists than you’ve had hot meals and could do endorsements for SSRI’s  and be completely and totally sincere.
In 1984 I had just turned 18, graduated from high school and had my whole life ahead of me. I was a total mess.
My poor parents didn’t know what to do with me. I had been chosen to go as a Rotary club exchange student to The Phillipines for a year but had to bail at the last minute because I was having more and more trouble just leaving the house, let alone going to live in a Southeast Asian island village where, as I heard later, they ate a lot of their food on sticks.
What was at first thought of as the simple nervousness associated with drama club membership was soon upgraded to potential nutbar status when I had a major panic attack and melt down in the parking garage near the Metropolitan movie theatre in Winnipeg. I won’t bore you with the details, but it involved me leaving the movie theatre (Indiana Jones and the Temple of Doom) and my friends (Melinda and her sister Margot) to go and collect myself by sitting in the car and waiting for them. I ended up freaking out and calling an adult to drive me home to Selkirk (30 miles). I was hysterical. He thought I was having a nervous breakdown. 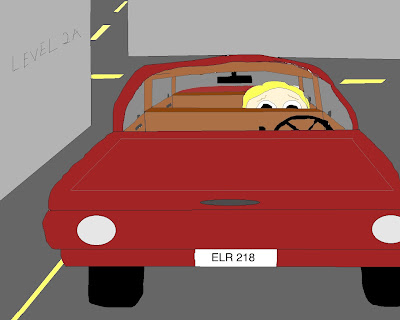 No one really knew what was going on. One doctor said I was just “abnormally sensitive to my biological functions” by which he meant I panicked if I had to poop. This was not the case at all. We all know that there’s nothing better than a good poop and I celebrate this essential part of my day (or week, if I’m on the road).
It got to the point where I could barely get to the grocery store without starting to panic. I lost 15 pounds in 3 weeks. Even I knew that wasn’t proper. My family doctor was put on the case and he was able to figure out that this business was best nipped in the bud. I got a referral to a psychiatrist. Imagine. 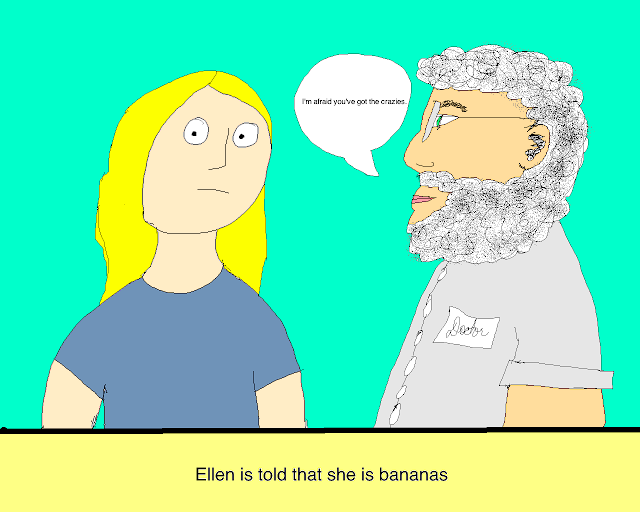 I was starting at University that fall, and my appointment with The Shrink was on the 3rd day of classes. For the first three days of university, when most young people are celebrating their debut into the somewhat adult world of academia, I was being accompanied to my classes by my mother. It was totally and completely humiliating, but it was the only way I was going to get there and I was determined not to miss out on getting a degree. 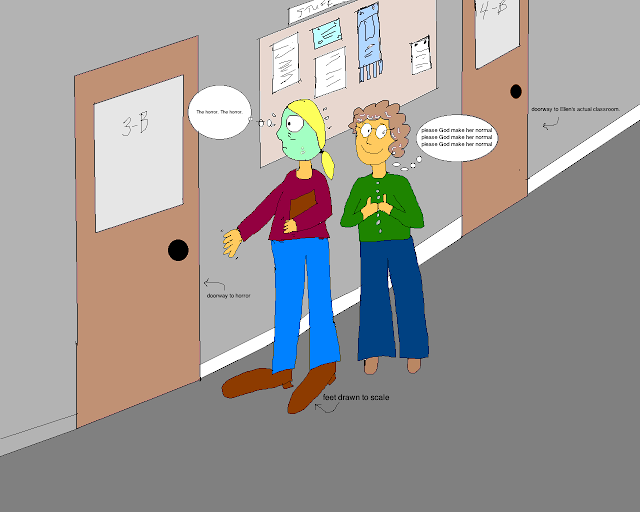 Finally saw the shrink. I was formally diagnosed as having agoraphobia with panic disorder.  Shrink Doctor put me on a program of pills and talk therapy and within 6 months I was a high functioning, happy, 18 year old. Over the years I’d have the occasional rough patch where my anxiety problems would rear their oddly shaped heads, but for the most part, with the help of pharmaceuticals and soft speaking therapists, I’ve managed pretty well.
Don’t bother writing in the comment section on how people shouldn’t have to use drugs to be happy. It pisses me off so much when characters on TV say “No, no drugs, doctor. I’ve got to beat this on my own”. Whatever. Good for you, Pollyanna. I wear makeup to look pretty, I use Spanx to suck my gut in, I use Celexa to keep me from becoming a total cellar dweller. Some things you just can’t do without a little help. If it makes you feel better, let’s just say I have psychological diabetes.
I’m not ashamed of being a nervous, panic prone, twitchy girl. But I’m not what I would say proud of it, either. Which is why it strikes me as somewhat odd that agoraphobia seems to have become the “it” brand of crazy lately. Agoraphobia is the go-to diagnosis for a lot of popular culture creations today, from Adrian Monk’s reclusive brother in the show Monk, to the Marvel comic character The Sentry,  Joan Cusack’s character on the show “Shameless”, and more recently, the lead in the TV show “End Game”, chess genius and mystery sleuth, Arkady Balagan. Agoraphobia is crazy enough to be interesting, but not so out-there that you can’t feel sympathy for the character. Few agoraphobics are serial killers. 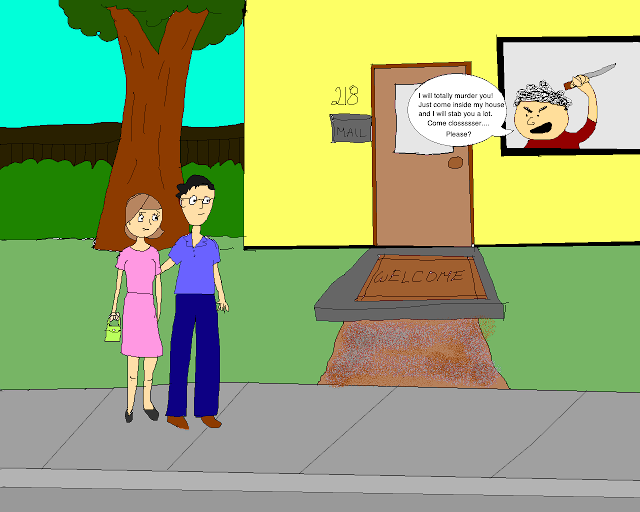 I promise not to write very often about this. I understand that this kind of personal disclosure can make people feel uncomfortable. I come across blogs such as “My Journey to Wellness” or “My Life with Aggressive, Inoperable Cancer”, or “My Life Without Arms, Legs or a Fully Functioning Bowel”.  Heartwrenching, honest and, not in the least bit funny. However, this bit about me is essential to understanding the other, more fabulous and sparkly things about me. To me, my issues with anxiety are more embarrassing than, say, my chin hair and less embarrassing than a superfluous nipple. I do not have a superfluous nipple.
We now return to our regularly scheduled programming on Poopies, Vector cereal and Things I am Outraged By.
Posted by Elpoo at 15:45