Why I am not a Social Worker

In 2002, I took a break from the band and went back to university. I spent five years getting my Masters degree in Social Work. I worked very hard. I felt it was important for me to do something where I would be able to contribute to society in some way. Afterall, society had been pretty good to me. I’ll scratch your back, etc…
By the time I graduated in 2007 I had pretty much figured out that I didn’t want to be a social worker. Thank you, Ontario Taxpayer. Social work is really effing hard. People have real problems that, frankly, can’t be solved. It was a humbling process. No amount of paperwork, sympathetic looks and pep-talks can do anything to erase years of poverty, abuse, mental illness and invisibility. No amount of free stuff stuffed under the chairs on Oprah is going to make being an unemployed bi-polar single mother with chronic pain any better off in the long run. Unless Oprah happens to have stuffed an efficient and equitable social safety net under those seats. I don't think that's going to happen - especially now that the show's over. You'll have to take your chances on The Price in Right.
So Social Work to me seemed like an unfathomable sea of need. And not a fun job. Not like being a DJ or an International Art Thief. Not only that but social workers are underpaid, are not respected, get yelled at by people they are trying to help, get death threats from people who they are trying to help, have to work in buildings with fluorescent lighting and enjoy few job perks. Free coffee is not a job perk. The job wears people down, man, 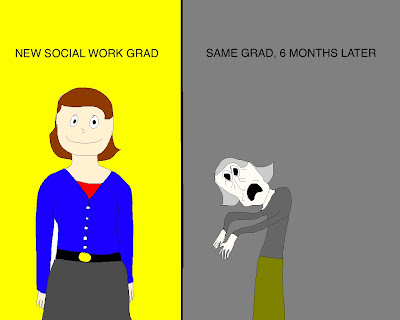 So I decided not to use my hard earned education.
And let’s face it. I’m into boys and make-up, not saving the world.
Also, I have the exact opposite attitude that a social worker should have. In school we used to say “That’s not very social worky” when someone had an inappropriate attitude. Like me.  Just the facts:
I AM just better than some people.
You can’t think like that if you’re going to be a social worker. I mean, someone has to work with super nasty people: rapists, murderers, skateboarders. And if you do, you can’t be all smug. You have to be understanding and try to see their side of the story. I do my best and for the most part I can be relatively detatched.
Well, it’s not those people, the murderers, the criminals, what have you, that rile me up, that I am clearly better than.
No.
I am better than people who blow snot out of their nose on to the street. 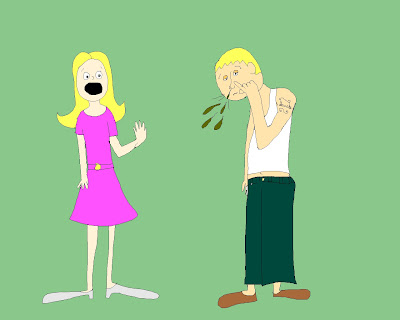 I’ve seen people from every walk of life do this. And I just want them to know that they are awful people and I look down on them. From elite athletes to grandmothers in Kensington Market, people seem to think it’s ok to blast their mucus onto the street. The kid across the street was standing on his front porch once when he fired one off. There was probably a box of Kleenex 10 feet away, but no, he must have figured it was good for the environment or something. Good for making me vomit is more like. Watch these people, and they’ll cover their mouths when they sneeze or cough. It makes no sense. Just idiots. Utter douchery. 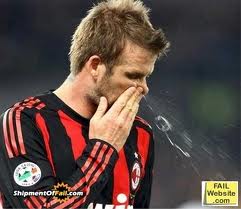 Runner’s World endorses the practice in this article on running etiquette.
This is why I let my subscription lapse.
I also hate spitting. It’s rude and makes you look like you have a grade 8 education. This is ok if you are in grade 8, but you still shouldn’t spit because it makes you get pimples. Guys in the NHL spit. A lot. Brian says it’s because of the cold and ice and so forth. Still. All they do on the bench is spit and drink Gatorade. At what point do they just spit Gatorade and expedite the process?
I am better than all of those people. So, suck it.
Posted by Elpoo at 15:30