Foodie Friday - My Mad Mexican Obsession and Recipes for Such. 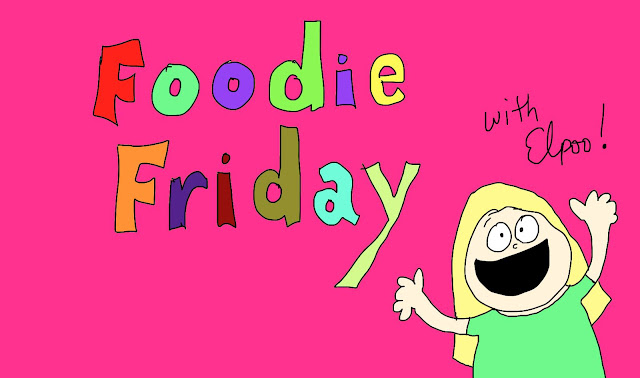 I have recently discovered the avocado.


I spent most of my younger years (the years leading up to about 2 months ago) eschewing all things avocado because Weight Watchers tells me that it's "faaaaaahttening".


I was trying some samples at my local natural foods store and they had Mad Mexican Chunky Guacamole and Taco Chips on for offer. As it was free, I had to give it a try. 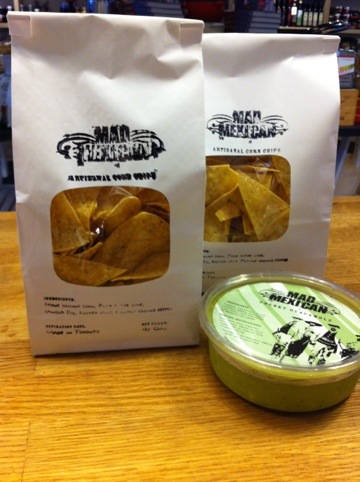 I swear I saw God.


This is the best, most creamily delicious green crud you will ever scoop up on a taco chip in your whole life. Or at least it was in mine. So far. Which isn't saying much as I have hardly ever had guac before. But let us not distract ourselves from the task at hand: Worshipping Mad Mexican Guac and Chips.


The chips and guacamole lasted about 10 minutes once I got it home. I think it's supposed to serve 6. Or 20. Probably 20. It is that good.


I knew I couldn't justify snacking like that too often/ever again, so I wanted to come up with more healthy, balanced ways of sneaking this delicious elixir into my meals.


I knew I'd have to forgo the chips. Period. Too bad. They rock.


So I came up with a couple recipes that could accommodate My New Love.

I cooked up these Black Bean Quesadillas with Spinach and Guacamole in an effort to justify my fix. The beans for protein, the greens for, well, greens, and the guac for my ever nagging jones.


I started with a basic recipe from the nice lady over at Olives For Dinner, and made my adjustments from there. Her recipe calls for four times the amount of spices, which makes me think it must be a type-o and I reduced it drastically. It would have been overpowering, I think, otherwise. 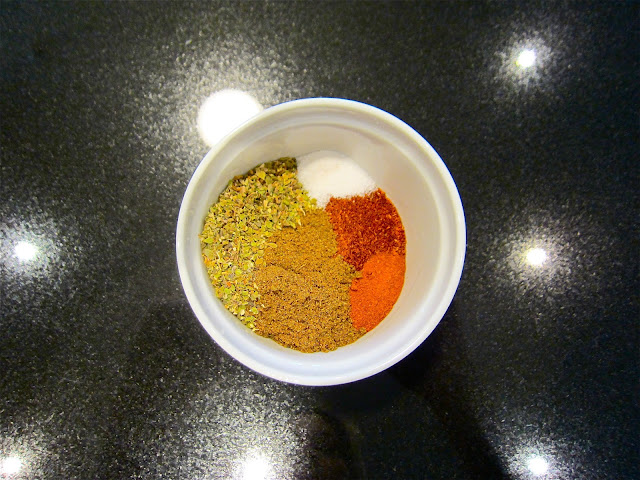 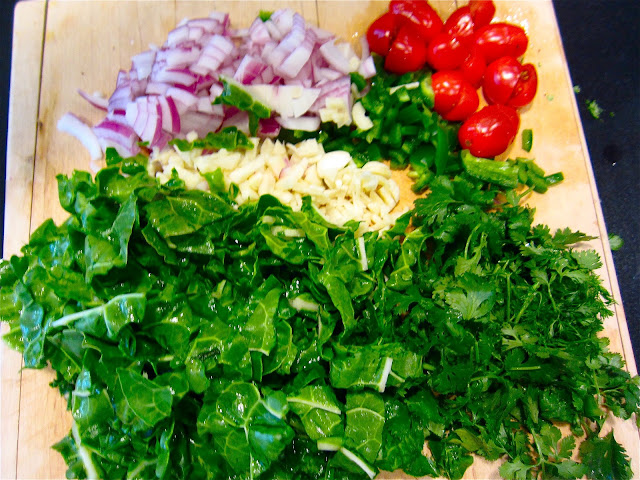 Add in the black beans and spinach, along with about 4 Tablespoons water. Saute for a few minutes until greens are slightly wilted, but still bright green. Remove from the heat and throw in the tomatoes. 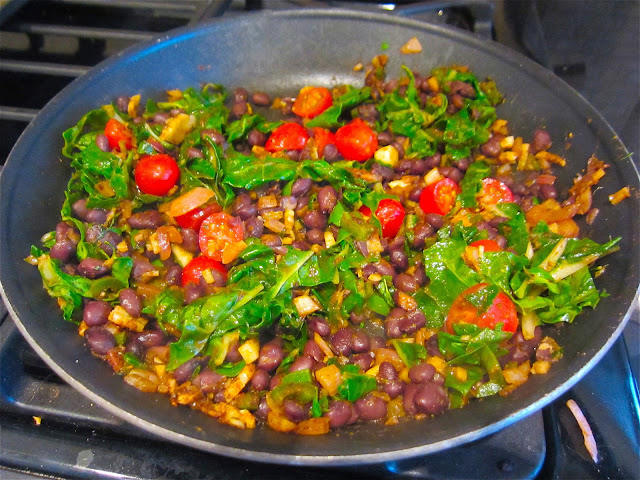 Place a tablespoon of oil onto a cookie sheet. Place the tortilla onto the oil and swirl it around, and then flip it over. Place into the oven to bake for 5-7 minutes, or until slightly browned. Remove from the oven and repeat oiling a fresh tortilla. Place a generous amount of the skillet mixture onto the tortilla and place into the oven. Bake for 7-10 minutes. Remove from the oven and sprinkle with a handful of the daiya and some chopped fresh cilantro. Spread a generous amount of Mad Mexican Guac on one of the first baked tortilla , turn over and place the cooked tortilla on top. Slice into quarters with a pizza wheel or very sharp knife. 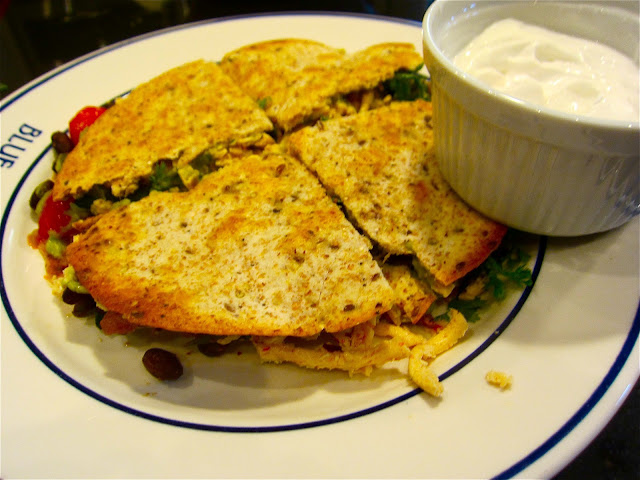 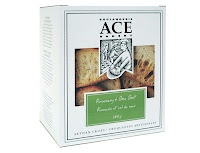 Spread hummus and then guac on as many crisp bread pieces as you intend to serve/cram into your cake hole. Top with tomatoes and cilantro. Fill gullet. 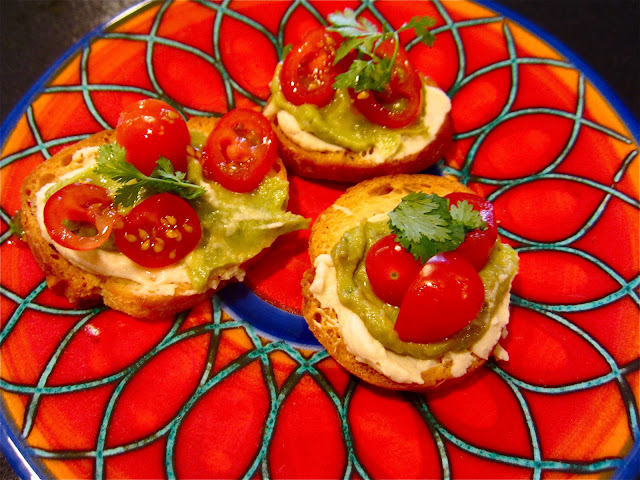 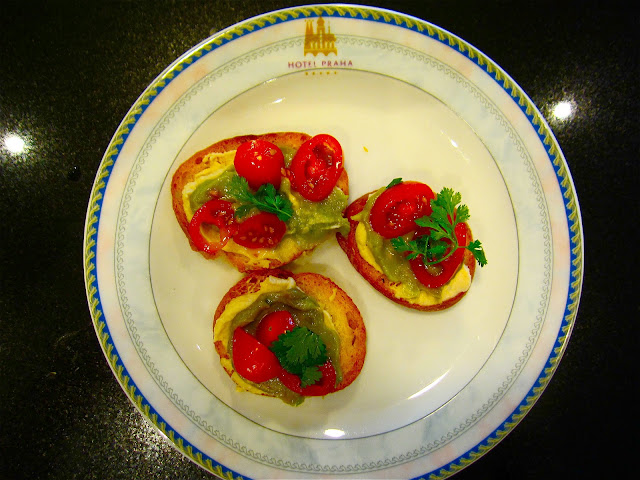 *nutrition info not for sure, for sure.